While millions of Americans might be agog at the latest shocking news about Lindsay Lohan or Paris Hilton, the headline that made the biggest impact on me this week was “Orthodontic treatment may not help psychological health.”

This assertion comes from a study published in the January 22 issue of The British Journal of Health Psychology. “The Cardiff dental study” began in 1981 and included more than 1,000 Welsh 11-to 12-year-olds. The subjects’ dental health and psychosocial well-being were assessed at the outset and then again in 1984, 1989, and 2001. The results? According to Prof William Shaw, an orthodontist on the multidisciplinary research team, those who needed orthodontic treatment and got it “had straighter teeth and were more likely to be satisfied with them.” So far, so good, but Shaw goes on to say that having orthodontic treatment “had little positive impact on [patients’] psychological health and quality of life in adulthood.” Not only that, but “a lack of orthodontic treatment in childhood did not lead to psychological difficulties in later life for those children where a need was identified but no treatment received.” All in all, the study concluded that teeth may be important to the self-image of adolescents, but the health and attractiveness of an adult’s teeth have only minimal effect on his or her psychological well-being.

I don’t have the scientific wherewithal to deconstruct the study’s methods or dispute its conclusions in a scholarly screed cluttered with references, but I know this: teeth matter. Straight, white teeth boost your confidence when you’re 12 and when you’re 32. Of course, I’m biased: Teeth matter so much to me that I had braces as a kid and am currently undergoing treatment again as an adult—and this time I’m paying with my own money.

My explanation for the study’s results is simple: People take the status quo for granted. As the results show, patients with newly perfect teeth get a boost in confidence. But 20 years later, they have gotten used to this perfection and therefore discount it as an important factor in their self-image. On the other hand, those who need orthodontic treatment and don’t get it become accustomed to their less-than-ideal dental situation, and therefore tend to brush it off as well.

Maybe the only way to make adults truly appreciate their teeth would be to cover their exquisite dentition with a pair of Hollywood’s most crooked prostheses, see how they feel when they look in the mirror each morning, and then remove the prostheses. I’ll bet they would get the same thrill I’m looking forward to at the end of my treatment.

Biolase Announces Agreement With the University of Florida College of Dentistry

ADHA to Host Center for Lifelong Learning in June 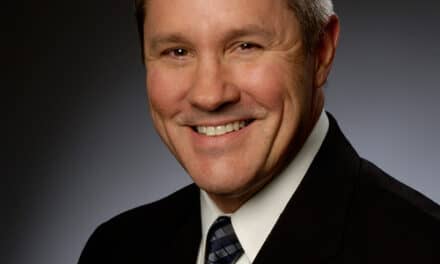