“This research validates our hypothesis that immune cells are harmful in gum disease,” says Toshihisa Kawai, DDS, PhD, who led the study. “It’s a groundbreaking discovery because it truly gives a new understanding of periodontal disease, while also raising interesting questions about immune cells. We hope this work will help us save people’s teeth in the future.”

Kawai and his colleagues examined whether immune response to periodontal bacteria is protective or pathogenic in the context of gum disease. The researchers found that B and T immune lymphocytes can combine to contribute increased periodontal bone loss. Both cell types had previously been found to manifest a host immune response to the bacteria causing bone loss in animal models.

Kawai’s research also examined the receptor activator of NF-kB ligand, (RANKL)-mediated osteoclastogeneis, and the pivotal role it plays in inflammatory bone resorption. The researchers found that RANKL expressed on the T and B cells in the patient’s gingival tissues was functionally sufficiently potent to induce bone destructive cells (osteoclasts) in a laboratory culture system, in spite of the elevated presence of B and T lymphocytes.

Since it has never been reported that any bacteria per se invade and resorb bone independent of osteoclast activation, the authors note that RANKL expression by T and B cells proves to be one of the major stimuli of osteoclast precursor cells and, hence, bone loss through periodontal disease. 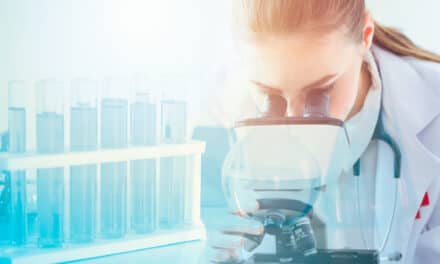 Dentists Use Teleconferencing to Provide Orthodontic Services to Disadvantaged Children