NYU dental researchers Patricia Corby, an assistant professor of periodontology and implant dentistry; and Walter Bretz, an associate professor of cariology and comprehensive care, have published a study in the Journal of Periodontology, “Treatment Outcomes of Dental Flossing in Twins: Molecular Analysis of the Interproximal Microflora,” which provides new data about the importance of a flossing regimen in addition to daily brushing of the surfaces of the teeth and tongue.

“The purpose of this study was to assess the effects of dental flossing on the microbial composition of interproximal plaque samples in matched twins. The study was a two-treatment, examiner-masked, randomized, parallel-group, controlled study," the authors noted.

Corby and Bretz studied 51 well-matched twin pairs (each set of twins was a case and a control), regarding their treatment responses to dental flossing over a 2-week period. After the study period, putative periodontal pathogens and cariogenic bacteria were overabundant in the group that did not floss compared to the group that performed flossing.

The authors also noted that, “Twins who flossed had a significant decrease in gingival bleeding compared to twins who did not floss. Relative to baseline, bleeding scores were reduced by 38% over the 2-week study period in the flossing group of twins.”

The researchers concluded: "In a well-matched twin cohort, tooth and tongue brushing plus flossing significantly decreased the abundance of microbial species associated with periodontal disease and dental caries after a 2-week program.”

This research stems from a 5-year study, funded by a $1.7 million grant from the National Institute of Dental and Craniofacial Research, which seeks to assess the relative significance of potential factors in caries development utilizing 500 pairs of twins.

Bretz and Corby have assembled a cohort of 1,100 twin pairs that include both male and female identical and fraternal twins up to 21 years of age living in disadvantaged neighborhoods in the northeastern Brazilian city of Montes Claros, where inadequate water fluoridation and inability to access dental care put residents at risk for cavities. 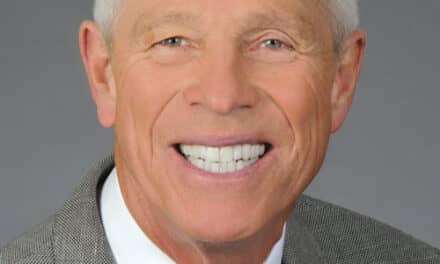 DeWayne B. McCamish Elected President-Elect of the AAO 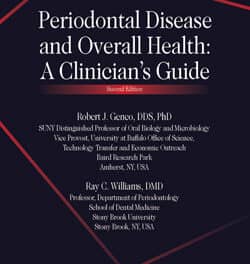