The key, according to Dr Regina Pope-Ford, lead researcher of the study, may be for physicians to “mix it up” and change positions throughout the day.

According to Bradley University, Pope-Ford used a motion-tracking system and electromyography—a diagnostic procedure in which electrodes record electrical activity in muscles—to evaluate 12 dentists as they worked on a patient simulator. Procedures measured included tooth extractions, mirror checks, and cavity preparations with a hand piece. Eleven sensors monitored muscles in the dentists’ necks, backs, and shoulders, and seven tracked motion.

The research revealed dentists stand less than 10% to 15% of the time with patients. While standing may cause back disorders, sitting may result in neck injuries.

“At least three or four of the dentists I talked with said they don’t seek medical assistance when they experience discomfort or pain. Some take over-the-counter medicine or see a chiropractor, but they often feel that discomfort comes with the job,” Pope-Ford said in a released statement.

According to Bradley University, the dentists evaluated had been practicing between 2 and 40 years. “I found no correlation between the number of years of practice and the number of pain areas. Even though there is a high prevalence of work-related musculoskeletal disorders, activities and hobbies away from work also have an effect. However, exercise, massages, and adequate breaks during the workday can serve as interventions,” Pope-Ford explained. “Mental fatigue affects physical performance, too.”

Pope-Ford presented her findings at the Conference for the American Academy of Pediatric Dentists in Seattle in May 2015. 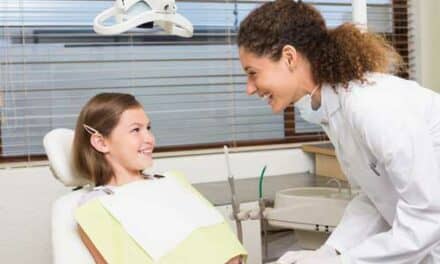