The Cleft Palate–Craniofacial Journal has presented a study of 30 adolescents with cleft lip and palate that analyzes the effects of probiotics on oral health.

According to the report, 15 subjects in the intervention group drank a probiotic milk powder containing Lactobacillus paracasei SD1 for 4 weeks, while 15 subjects in the control group were given milk without a probiotic. Levels of salivary Mutans streptococci and lactobacilli were measured at the start of the study and once a week for 4 weeks after use of the probiotic concluded.

For adolescents with cleft lip and palate, orthodontic treatment is usually necessary because of irregularities in tooth size, malalignment of teeth, or skeletal abnormalities, the study explains. However, fixed and removable orthodontic appliances that help correct problems facilitate the colonization of bacteria, such as Mutans streptococci. This increases the negative impact of orthodontics for caries-susceptible patients.

According to investigators, live microbial food supplements can help to stimulate natural immunity to infection and balance microflora. Use of the probiotic bacteria Lactobacillus paracasei can positively affect the oral cavity. Lactobacillus paracasei SD1 has been shown to have strong inhibitory effects against Mutans streptococci, making it a good choice as an oral probiotic.

In the study, counts of Mutans streptococci – which promote tooth decay – were significantly reduced among those patients who used the probiotic. Likewise, the good bacteria, lactobacilli, showed significant increases among the intervention group. In addition, Lactobacillus paracasei SD1 were still detected up to 4 weeks after active usage of the probiotic.

The Lactobacillus paracasei SD1 milk powder appeared to successfully colonize the oral cavity among this group of orthodontically treated cleft lip and palate patients. It was found to be safe and effective for oral use. However, researchers with the study note that further, long-term study of its beneficial effects should be undertaken. 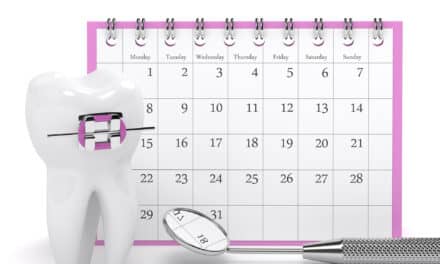