The Roots of Dentistry Get Deeper

Findings reported in the scientific review journal Nature push back the dawn of dentistry by 4,000 years to around 7,000 BC. According to the findings, man’s first known trip to the dentist occurred as early as 9,000 years ago, when nine people living in the Neolithic village of Mehrgarh in Pakistan had holes drilled into their molars and survived the procedure.

“This is certainly the first case of drilling a person’s teeth,” says David Frayer, professor of anthropology at the University of Kansas and the lead author of the report. “But even more significant, this practice lasted some 1,500 years and was a tradition at this site. It wasn’t just a sporadic event.”

Researchers say that all nine dental patients were adults—four females, two males, and three individuals of unknown gender whose ages ranged from 20 to more than 40 years old. Most of the drilling was done on the chewing surfaces of their molars, in both the upper and lower jaws, probably using a flint point attached to a bow that made a high-speed drill. Concentric ridges carved by the drilling device were found inside the holes. The drilling may have been done to relieve the pain and damage of tooth rot, but only four of the total of 11 teeth showed signs of decay associated with the holes. The researchers say it is clear that the holes were not made for aesthetic reasons, given their position deep in the mouth and on the erosion-prone surface of the teeth.

While there is no evidence of fillings, the researchers believe something was used to plug the holes because some of them were bored deep into the teeth. What that filler substance was is unknown. The holes ranged in depth from a shallow 0.5 mm to 3.5 mm, deep enough to pierce the enamel and enter the dentin.

Dental health was poor at Mehrgarh, though the problems were less often tooth decay than brutal wear and tear.

"A lot of abrasive mineral material was introduced when grains were ground on a stone," says Roberto Macchiarelli, professor of paleoanthropology at the University of Poitiers, France, and the report’s lead anthropological researcher. He attributed the bad teeth to the Neolithic diet, which included newly domesticated wheat and barley. “As these people moved to a grain diet, their teeth wore down, dentin was exposed, and the risk of infection rose."

The research also found that none of the individuals with drilled teeth appears to have come from a special tomb or sanctuary, indicating that the oral health care they received was available to anyone in the society. 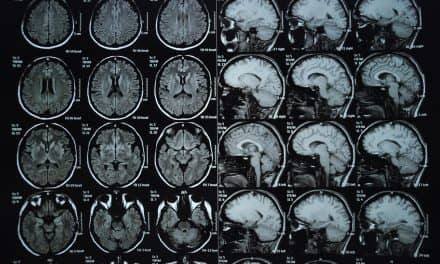 Researchers Say Toothpaste Is Too Pricey for the Poor