Hang Up the Phone 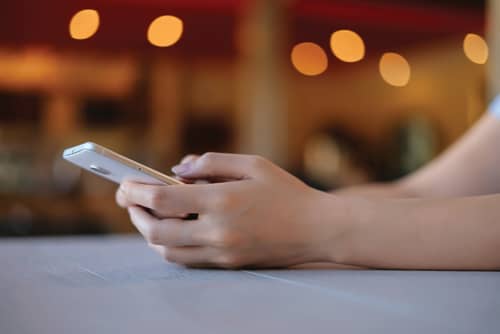 People seem to want to be able to text for everything these days, from meal delivery to banking services. Businesses, in turn, find themselves needing to adapt, and health care is no different.

One orthodontist had so much patient demand for his office to be available via text and Facebook, in fact, that he wanted to create an app for that express purpose.

Chattanooga, Tenn-based Keith Dressler, DDS, MSD, is CEO of Rhinogram, which launched in September. Dressler launched the company, his third IT entrepreneurial venture, when he saw a huge rise in demand from his own patients for texting with ?his office.

His practice had long been sending out appointment reminders via text, but people started to try to text back in response, not realizing it was a one-way communication. As a result, a patient might reply to a reminder text that they need to reschedule or cancel their appointment, but the office wouldn’t get the message. The result: missed appointments.

“Patients really do want to text your office, and they’re going to whether you like it or not,” Dressler says. But one-way texts and missed appointments are just the tip of the iceberg. Dressler saw how patients were managing to get the personal cell phone numbers of staff. As a result, clinical staff was receiving front office calls about changing appointments on their personal cell phones—“a scary thought,” as Dressler puts it.

Using the HIPAA compliant Rhinogram app, providers are able to text and, soon, Facebook message with patients. In addition, staff can use it to chat with other office teammates. In Dressler’s practice, the app gave him a way to see and keep track of all the communication between office staff and patients, and coach staff on how to respond.

Here’s how it works: At Dressler’s practice, the staff log in to the Rhinogram system and field inbound messages, which look much like text messages on an iPhone, or a Facebook message thread. Staff essentially text people back, but from a desktop computer (they can use the system on their phones as well), and all the information is stored in the cloud.

In the newest version of Rhinogram, patients will also be able to reach out by sending a message via a practice’s Facebook page, and staff can respond back through Rhinogram. That will be part of the system’s new release, which Rhinogram’s vice president of marketing Douglas Ford says should be available in late spring or early summer.

When staff members log in to the system, they can see a list of inbound messages and which ones have already been responded to. Each back-and-forth with a patient creates a thread in Rhinogram, like a text conversation, as a permanent record of communication. And when conversations between a practice and a patient stretch over multiple days, Rhinogram can make it easier for any staff member to catch up quickly.

Along with making scheduling and billing easier, the service can also save a patient from needing to make a trip to the orthodontist at all. One woman called Dressler’s office because her son, a patient, got injured at wrestling practice. His lips were bleeding, and his front teeth were sore. Dressler told her to take a picture of the teeth and text them over.

“Neither teeth are displaced, we have the heaviest wire we have in there—I say, ‘Hey your son’s gonna be okay,’” Dressler recalls. “Even if we took an x-ray, we can’t see if there’s nerve damage. … She was so ecstatic, she didn’t have to take him.”

The service is now being used in more than 17 states, Dressler says. At his own practice, about 80% of his patients are using it. Rhinogram touts its system as being able to cut incoming phone calls by up to 30%.

Providers are drawn to it, he says, because of how it makes an office more efficient. It can help cut down on phone tag for rescheduling, and simplify the process of copying an insurance card.

The service complies with HIPAA, Dressler says, by sending patients a link via text or Facebook that leads them to a page where they can authenticate their identity and then see their test results or other health information. Some notifications, like to schedule an appointment, can just be sent directly as a text.

“If you get that consent from the beginning with the patient and they say, you’re fine to communicate with me this way, you’re good to go,” says Dressler. “If it’s something as simple as, is my appointment time tomorrow at 2:30 and the answer is yes, there’s no personal health information being sent anywhere to them.” For highly sensitive patient information, the provider can make case-by-case decisions for when to use Rhinogram. 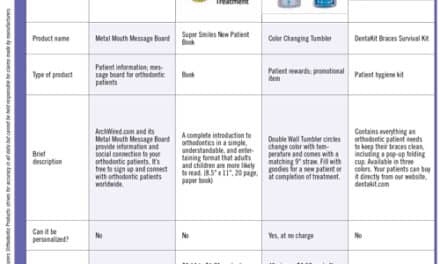 2017 Focus on Products for Patients