The National Dental Association (NDA) has awarded Jeanne Sinkford, DDS, PhD, of the American Dental Education Association (ADEA) its 2007 Trailblazer Award. Robin R. Daniel, DDS, president of the NDA, presented the award at an ADEA Board of Directors meeting in September.

The Trailblazer Award is presented to those who have created paths for others to follow in clinical dentistry, dental education, community service, and organized dentistry. Sinkford is the second recipient of the honor.

During her time as the director of its Center for Equity and Diversity, ADEA has been able to secure numerous fellowships and grants for underrepresented minorities pursuing dental education and positions in academic dentistry. Current programs include the ADEA/Johnson & Johnson Healthcare Products/Enid A. Neidle Scholar-in-Residence Program for Women and the Minority Dental Faculty Development Program and Access to Dental Careers Program, both funded by the W.K. Kellogg Foundation.

"As an innovator in the field for more than 40 years, Dr Sinkford’s contributions are well deserving of one of the NDA’s highest honors," said Richard W. Valachovic, DDS, MPH, the ADEA’s executive director. "Her leadership as director of the ADEA Center for Equity and Diversity has helped to greatly improve access to dental education for underrepresented students in the United States."

Prior to her tenure at ADEA, Sinkford was the first female dean of a US dental school—the Howard University College of Dentistry. She also served as the chair of prosthodontics and and associate dean at Howard. In 1974, she was the first African American woman dentist inducted into the US section of the International College of Dentists.

Sinkford has also played a role in crafting significant reports on the status of minorities in dentistry, including the 2004 Sullivan Commission on Diversity report "Missing Persons: Minorities in the Health Professions." Currently, she is an adviser to the NDA-GlaxoSmithKline Speaker’s Bureau Training Program and Annual Minority Faculty and Administrative Forum.

Do The Right Thing 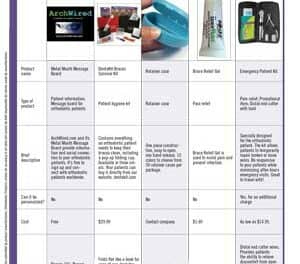 2015 Focus on Products for Patients