According to an article at [removed]STLtoday.com[/removed], Francis J. "Frank" Miller, DDS, MS, MD, an orthodontist and medical doctor who co-founded an international humanitarian organization, died of complications from cancer on June 20, 2008, at his home in Washington, Mo. He was 73.

Miller was a founding member of the Washington Overseas Mission, a Washington-based organization that provides dental and medical services to impoverished people in Central America. Through the Mission and other groups, he traveled to places including Africa, Kosovo, and Cambodia to provide care to the needy. This spring he made trips to Haiti and Honduras.

In addition to his overseas work, he volunteered at Give Kids a Smile and other charities.

Miller received his bachelor’s and dental degrees from St Louis University. After serving in the Navy dental corps, he received his master’s degree in oral biology from Washington University in 1964. He practiced in Clayton, Mo, for a few years before moving to Washington, Mo, where he practiced for more than 30 years. He was the first full-time orthodontist in Washington. He also was on staff for decades at Shriners Hospital for Children and was an associate professor of orthodontics at Washington University.

In 2002, Miller received his medical degree from the University of Health Sciences Antigua in the West Indies.

Getting the medical degree "was always his secret desire," said his wife, Jacqueline D. Miller. "He pursued it because of his mission work, so he could do a better job for people who had no medical help."

Memorial contributions may be made to Francis J. Miller Family Scholarship for health occupation students at East Central College or Washington Overseas Mission, both at PO Box 604, Washington, MO 63090. 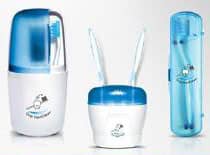 Lack of Insurance Keeps Patients Away from the Dentist