One in four British women admits to not brushing and flossing on a daily basis, according to a new survey by Align Technology.

The survey asked women how important a good smile was; nearly two-thirds (65%) of the women surveyed believe that a good smile gives you confidence. Eighteen percent said that someone with a good smile would be more likely to be romantically successful.

More than one-third of the women surveyed (36%) reported that they are embarrassed by their teeth. When asked what they would improve about their smile, 49% of the participants stated "very white teeth." Only 29% wanted straight, even teeth.

Respondents were also asked which features they are most likely to notice when they meet a potential partner. "Eyes" was most popular with 59%, followed by "smile" at 32%. When asked the same question about other women, 43% said their smile is their most noticeable feature, followed by hair (39%). 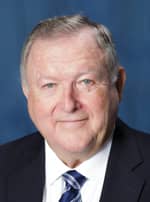