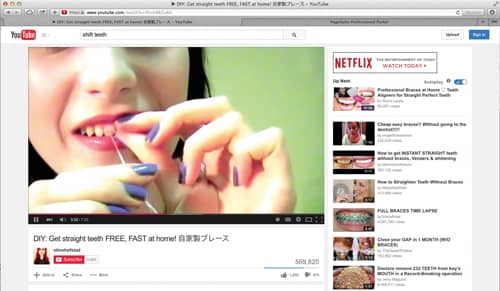 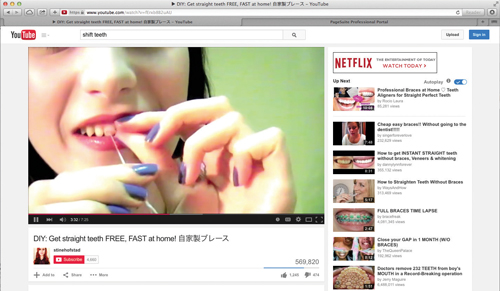 Orthodontists across the country are scrambling to address a growing trend of people using at-home, do-it-yourself methods to move their teeth on their own instead of taking a trip to the orthodontist’s office.

Many people are using these techniques to forego the expense of visiting a trained professional and hoping instead for a quick fix, which often ends up costing them more in the long run.

In response to the rise of do-it-yourself orthodontic videos and products cropping up online, orthodontists are springing into action in the form of awareness campaigns and discussions with their patients in hopes of stopping the new trend in its tracks.

In January, the American Association of Orthodontists (AAO) issued an alert to consumers after noticing the uptick in the availability of DIY products. It warned people on the dangers of taking dental health into one’s own hands, including damage to not just teeth but also surrounding bone and soft tissue, which usually results in the need for expensive restoration work by a professional orthodontist.

Robert Varner, DMD, outgoing president of the AAO, says that while he has known that these DIYers have always existed, there has been a recent surge. “There’s always been something there,” he says, “but it seems like the last few months it has sort of exponentially exploded.”

Much of the rise of this DIY orthodontic trend is attributed to videos on YouTube that, for example, instruct viewers on how to close gaps or shift their teeth. In addition, a number of businesses have surfaced offering mail-order orthodontics—allowing people to mail in a mold of their teeth to a company, which will then mail them back a set of clear braces that often cost substantially less than the real deal. Those mailed kits can be harmful, though, if there’s no physical exam to determine other possible issues with the health of the teeth and mouth.

A YouTube search for these DIY videos yields hundreds of results. In one, a girl shows viewers how to put orthodontic rubber bands she bought on eBay around her two front teeth to close a gap; it has more than 8,000 views. In another, a girl shows how to make an at-home set of braces using a paperclip, craft beads, and super glue. That one has more than 2 million views.

Part of the danger of the trend, Varner said, is not only that these techniques aren’t safe, but that some peoples’ teeth aren’t in good enough health to be moved at all, even by orthodontists. For those people, it’s especially crucial to seek treatment to determine alternate methods to address their medical needs.

“We’re concerned really about any orthodontic tooth movement when… the health of the gums surrounding the teeth hasn’t been determined,” Varner says. “You need to know if it’s healthy enough to move teeth. That’s what we’re concerned about for the public.” 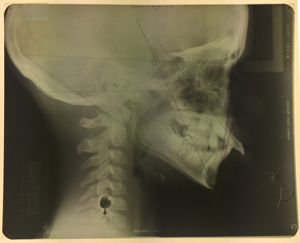 Patient used a rubber band, resulting in extremely protrusive central incisors. There is very little bone left to hold the teeth in place.

Even on healthy teeth, though, using a rubber band to close gaps between teeth can lead to the band working itself higher and higher up on the tooth until it is under the gum, compromising the root and even leading to tooth loss.

In response to the growing popularity of these types of videos and products, the AAO has launched a public service campaign to alert the public of the risks of trying to alter or move teeth without medical supervision. The campaign includes press releases and email newsletters to association members so they can be on the lookout for these methods and communicate with their patients about the dangers.

However, because so much of the problem happens in populations of people who don’t regularly see an orthodontist, the AAO is really trying to reach those consumers with messages about what they should consider when they feel the need to change something about their teeth. That includes urging this population to consider whether they are putting their teeth, bones, or tissue at risk of damage with these DIY techniques, and encouraging them to consult a practicing orthodontist.

And since November, the association has had a reporting system for orthodontists, which is available to readers of the American Journal of Orthodontics and Dentofacial Orthopedics. Any time an orthodontist sees a patient who has tried to use DIY methods, he/she should report it to [email protected] so the organization can track it and try to get a handle on the scale of the problem. 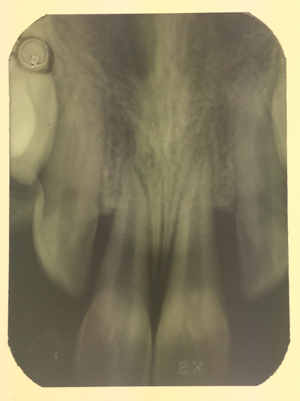 But many times, it can be a hard situation to prevent because people using these techniques aren’t usually people who have a relationship with an orthodontist.

For DeWayne McCamish, DDS, an orthodontist in Chattanooga, Tenn, one particular person sticks out in his mind when he thinks about DIY orthodontics. Years ago, a new patient came to McCamish for treatment because he noticed his front teeth were starting to look a lot longer. He had previously put a rubber band around those teeth, and it had worked its way under the gums and roots and eventually pulled the teeth out.

McCamish says when patients come to him with issues stemming from these at-home, unsupervised techniques, they are always patients he has never seen before.

“I’m seeing more of it,” he says. “There’s a tendency to do it more now because there’s misinformation on the Internet. The unintended consequence of taking any appliance and starting to move the teeth is what you cannot see with your eyes that might be down in the bone. There might be cysts, pressure, periodontal disease. The roots of the teeth may be such that you’re moving a root into another tooth.”

He has seen the use of rubber bands and paper clips most often. Patients also come in for treatment after finding advice on the Internet that tells them to apply pressure to buck teeth by using their hands, so as to push the teeth back into their proper place.

“The damage is you could actually inadvertently break a tooth,” McCamish says, “and number two, you probably couldn’t put enough pressure to actually move the teeth back.”

As McCamish sees it, there are a number of reasons for why people choose DIY orthodontics. It’s clear many people might not want to take a trip to the orthodontist because of the financial aspect. Others believe they need a referral from a primary care physician or dentist to make an appointment—a common misconception, according to McCamish, that prevents people from going straight to their local orthodontist.

But regardless of why people are avoiding an orthodontic consultation, they don’t understand how complicated it is to actually move teeth. And as McCamish puts it, they don’t understand the risks of substituting Internet browsing for a professional when it comes to something as delicate as the teeth and jaw bone.

“As a society, we are trained to find the best deal out there,” McCamish says. “What we’re not trained for is to decipher between what’s a sales product and what’s professional advice. There are entrepreneurial companies out there to make money, but there is no substitute for a thorough exam by an orthodontic specialist.” OP 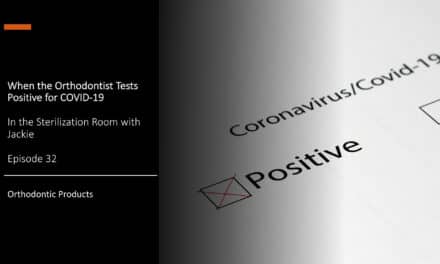 When the Orthodontist Tests Positive for COVID-19 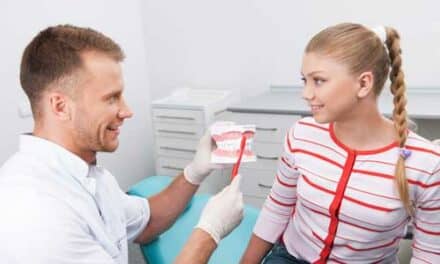