Alan Winter, founding partner and chairman, has announced that APW Dental Imaging, a provider of dental teleradiology services, has officially changed its name to i-donticsSM.

“The name change reflects the true identity of the business, with its roots in dental imaging, the Internet, and information-processing technologies,” Winter said.

Founded in 2002, the company has expanded from a single dental CT scanning and image-analysis facility in New York City to 11 sites in four states: New York, New Jersey, Florida, and Georgia. Current plans call for a minimum of 40 additional locations by the end of 2008.

Mark E. Ulrich has been appointed the new chief executive officer of i-dontics. Ulrich has more than a decade of management responsibility in health care administration at leading institutions including Beth Israel Medical Center and Downstate Medical Center/Kings County Hospital in New York. His professional background also includes more than 20 years in marketing, sales, and product development in the information technology and telecommunications industry at major corporations including Intel, Cisco, AT&T, and Fujitsu.

“Ulrich’s international experience in developing strategic technology and marketing partnerships represents a valuable addition to i-dontics as the company seeks to grow and expand the scale of its business in the US and beyond,” said Winter. 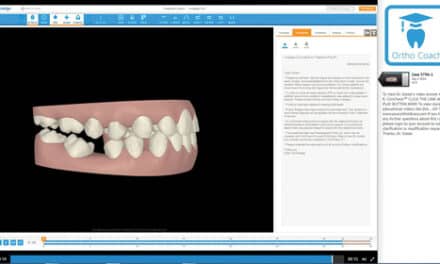 Calling in the Coach