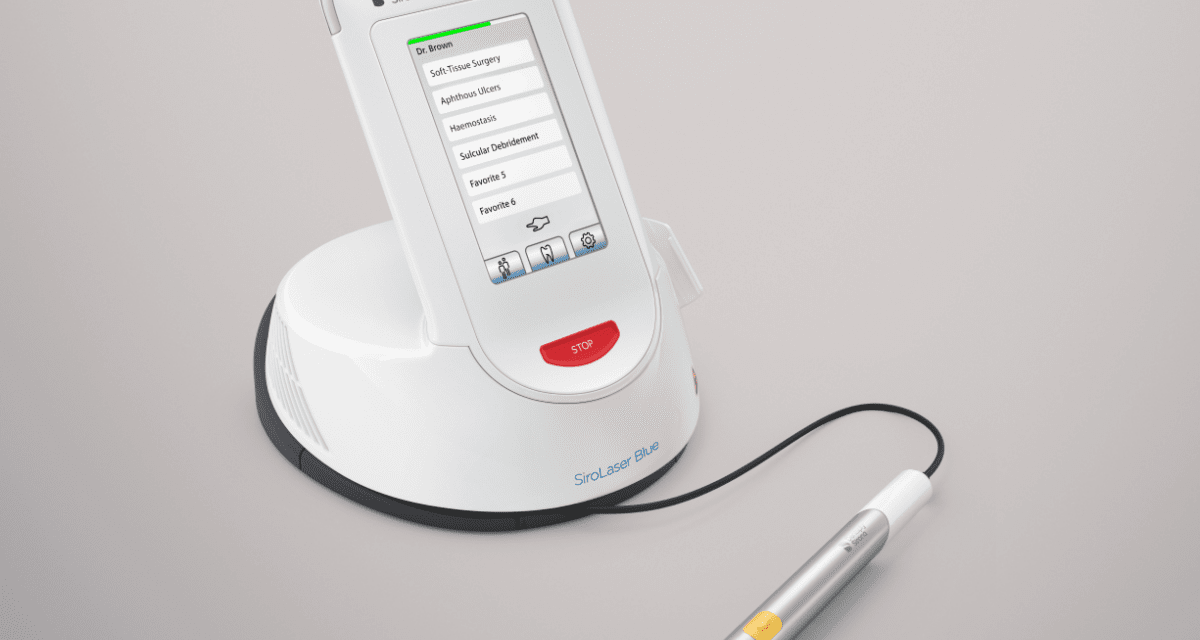 The cutting and disinfecting power of a laser depends on the amount of energy that is absorbed by the tissue. The newly launched SiroLaser Blue is said to be “the first dental diode laser” in the United States which emits a blue light at a wavelength of 445 nanometers (nm), Dentsply Sirona announced. The blue light energy is reportedly absorbed well by soft tissue (ie, hemoglobin and melanin). Consequently, according to the company, the blue laser beam achieves nearly 100 times better absorption than infrared light. This is said to enable “fast, precise and virtually painless cutting.”

Users of the conventional infrared diode lasers (810, 940, and 970 nm) must move the optical fiber slowly over the tissue several times, but the SiroLaser Blue enables immediate coupling with the tissue and faster and cleaner cutting—without even touching the tissue—making this laser the tool of choice whenever dentists want to make an incision without bleeding during treatment, according to Denstply Sirona.

The SiroLaser Blue is described as “easy to operate” and capable of allowing the dentist to treat patients with very little pain, reducing the need for local anesthetics, or even dispensing with them entirely. Gentle surgery, which often does not require postoperative stitches, may reduce wound pain and scar formation. Postoperative bleeding and swelling also may be avoided.

Blue laser light is used in soft tissue surgery because of its better absorption properties. Since the SiroLaser Blue can be operated at two additional wavelengths, it can also be used with infrared laser light at a wavelength of 970 nm, not only for traditional indications in periodontics and hygiene, but also in the treatment of canker sores and herpes. The SiroLaser Blue is also equipped with a visible red diode with a wavelength of 660 nm, which enables soft laser applications (LLLT/PBM, biostimulation).

“The cutting performance of 445 nm is simply phenomenal and it makes my work even more efficient,” said Dr. Simone Suppelt, Germany.

The SiroLaser Blue is now available in the US and distributed through Henry Schein and Patterson. 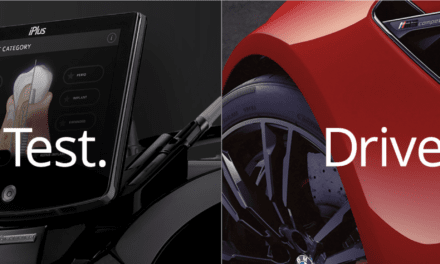 NV Microlaser Named “Best of Class” by the Pride Institute