A jury in the US District Court for the Central District of California has delivered a verdict against Align Technology Inc in a lawsuit brought by Ormco Corporation. According to an announcement from Align, Ormco alleged that Align infringed claims of Ormco’s patent #6,616,444.

According to an article in the Los Angeles Times, the federal jury found that Align, maker of the Invisalign clear aligner product, violated a patent belonging to Danaher Corp’s Ormco unit.

According to the announcement from Align, the company claimed non-infringement, invalidity, and unenforceability of the patent.

“The jury found the claims asserted by Ormco in the 6,616,444 patent to be infringed and valid. … The jury only determined liability; any monetary damages will be determined in a later trial. The verdict does not currently preclude Align from selling its Invisalign System,” stated Align in the company’s announcement.

The Los Angeles Times article stated, “After judgment is entered, Ormco said it will be entitled to ask the court to bar Align from infringing the patent and to seek a royalty from all Align sales since January 2003 related to the Invisalign aligners.”

For more information on these and other orthodontic companies, visit our Buyer’s Guide. 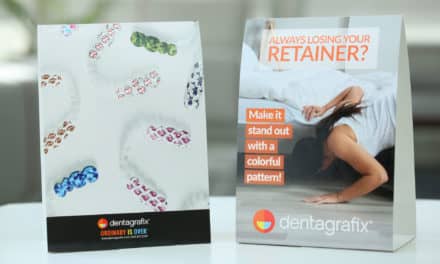