A guide to using interproximal reduction to resolve crowding 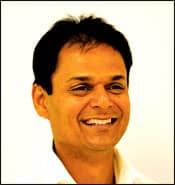 In nature, the interproximal wear of contact points is a natural and continuous phenomenon. The classical studies on primitive populations have shown that physiologic interproximal wear throughout the arches can reduce arch perimeter as much as the first premolar widths, with the result that these populations usually present with minimal crowding.1 It has been anecdotally suggested that root proximity may be detrimental to periodontal health, but data has failed to demonstrate this negative effect. Also, studies have not demonstrated any relationship between IPR and caries incidence, but the prudent clinician would limit IPR to patients who demonstrate good oral hygiene.

IPR offers a viable but different treatment option to both the extraction and nonextraction strategies; and in some situations, IPR can aid in creating additional space after premolar extractions or limit excessive expansion in nonextraction cases. John J. Sheridan, DDS, MSD, the originator of ARS, states, “Air-rotor stripping was never intended to eliminate the rationale for removing teeth. I believe, all things being equal, the extraction of teeth is necessary to compensate for severe crowding.” Additional IPR may result in faster treatment time in certain cases. For example, when only 8 mm of space is required, premolar extractions would result in nearly twice that amount. Therefore, time would be taken to close the excess space, and anchorage control would then have to be carefully planned to prevent adverse anterior or posterior tooth movements from occurring.

The amount of enamel reduction is related to tooth morphology. Anterior teeth have less proximal enamel than posterior teeth, while more enamel is available for IPR on posterior teeth. Many cases present with football-shaped lower second premolars, and this allows the clinician to reshape them to a more natural shape, resulting in space generation for resolution of crowding. Sheridan proposes an average of 0.5 mm IPR of anterior teeth and 1.0 mm reduction of posterior teeth. Anchorage control is important, and the space created should not be lost by the mesial movement of the molar segments. The aesthetics of the upper anterior teeth is an important consideration, and care must be taken before altering their size. Of the three incisor shapes—the rectangular, triangular, and barrel—the triangular shape allows the clinician to maximize the amount of IPR.

IPR may also be done on overcontoured restorations. Broader contact points may limit the relapse tendency, but this must not be used to justify excessive arch expansion. It is important to maintain the lower intercanine arch dimensions to minimize the relapse tendency.

In adult populations with gingival recession resulting in black triangles, IPR is a useful way of creating space while eliminating these unaesthetic black triangles. Also, IPR may have to be done due to an existing Bolton discrepancy or one created by differential extraction patterns.

For a more comprehensive review of IPR, I encourage you to read “ARS Contemporary Guidelines” and the “Air-Rotor Stripping Manual.”2,3

Several interproximal measurement tools are commercially available that enable the clinician to precisely measure the amount of enamel to be removed. It is important to measure the enamel that needs to be reduced and that which is reduced. There are three primary methods of reducing interproximal enamel. These include the following:

1) Abrasive strips are usually used on anterior teeth. They should be used carefully and care taken not to injure the periodontal tissues or the lips and tongue. It has been suggested by anecdotal evidence that the space created by abrasive strips may actually be smaller than initially observed due to compression of the periodontal tissues when the strip is forced into an interproximal region. These strips are available in different grades, and progressively finer grit is used to obtain a highly polished surface. IPR carried out in this manner is probably the slowest of the three methods described.

2) Handpiece-mounted air-rotor burs are the most commonly used and probably the most effective way to carry out an IPR procedure. There are several commercially available bur systems. Raintree Essix manufactures different kits (including the STARS Bur Kit (Safe Tipped) #512ST). When you are using diamond disks, I recommend using a disk guard to prevent the possibility of injuring the patient’s tongue and cheeks.

It is important to assess the amount and location of crowding. Identify the areas of concern and sequence of IPR, and chart this information. If you do not chart, then there is a danger of repeating ARS on teeth that have already undergone the procedure. If possible, correct rotations so that the IPR is done with the contact point in the correct location. Enamel removal should be precise and should not exceed 1.0 mm of interproximal enamel (0.5 mm per contact surface).

Before: Frontal and maxillary views of a patient with anterior crowding.

After: The crowding has been resolved through the use of IPR.

After the initial reduction in the buccal-section teeth, the enamel should be finished and contoured to resemble natural contour and anatomy using strips. It has been suggested that using etching agent (37% phosphoric acid) during final finishing with strips results in enamel that has a “glass-like” finish.4 This has two advantages: both a mechanical and a chemical action are conducted on the enamel surface, and microscopic areas of enamel that get roughed during the ARS procedure become smooth over time due to interproximal friction during mastication.

Using a protective brass or steel wire under the contact point is an example of a useful way to protect the tissues during the procedure. A safe-tipped ARS bur (from the STARS series) is my preferred choice. It protects against “scarring” the interproximal enamel wall and makes it possible to use a water-spray coolant during the procedure. The advantages of the water spray include a reduction of heat generation, lubrication of the site, flushing away of the debris, and prolonging the life of the ARS burs. The ARS bur should be angled correctly vertically, with no angulations in the mesial or distal direction.

Occlusal contact points taper in all four directions: buccal, lingual, mesial, and distal. It is important to re-create this taper after the ARS procedure. Research indicates that abraded enamel surfaces are more amenable to remineralization.5 Hence, it is advisable to place the patient on a commercially available fluoride rinse after the procedure for at least a week. If interproximal enamel is removed in only one arch, in a case that that appeared to have normal Bolton ratio at the start, it is not mandatory to remove enamel in the opposite arch. Bolton ratios suggest a range in which good intercuspation may occur; hence, each occlusion should be judged on its own merit for best fit and function.

For the resolution of dental crowding, IPR is a useful alternative. However, the clinician must adhere to established clinical guidelines and must respect natural tooth morphology. The hallmark of an acceptable IPR is that if other clinicians analyze the finished case, they would not be able to distinguish between IPR surfaces and surfaces that had not been reduced.

Dipak Chudasama, BDS, MSC, MOrth RCS, is an associate professor at Jacksonville University School of Orthodontics, Jacksonville, Fla. He can be reached at 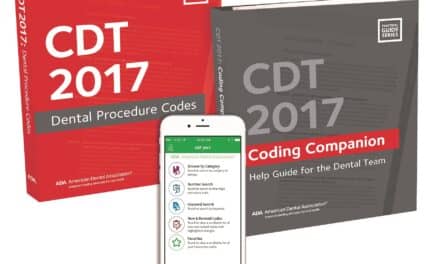 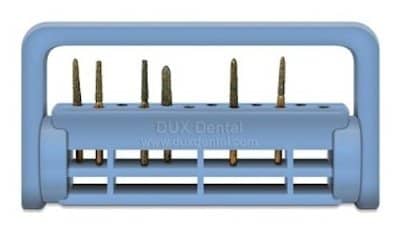