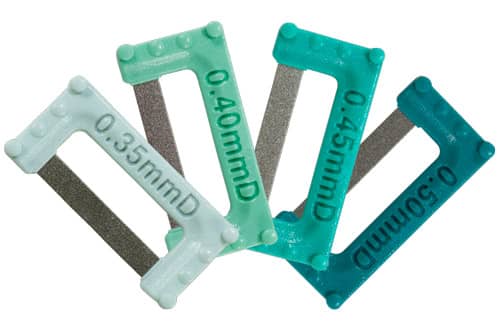 ContacEZ, Vancouver, Wash, has released the latest addition to its IPR Strip System—IPR Plus.

IPR Plus consists of four new strips. The strips measurements increase incrementally from 0.35 mm to 0.50 mm. For clear aligner providers, that means the IPR Strip System can be used to perform any amount of IPR required by a patient’s treatment plan, according to the company.

Each new strip also includes a new and improved strip handle, designed to provide clinicians with improved grip for better tactile control for access to both anterior and posterior teeth. The new IPR Plus strip also comes with its specifications engraved right on the handle, listing its thickness and diamond coating.

The company plans to roll out the improved grip design and specification on each handle to all eight strips under the IPR Plus umbrella.