NEW YORK (Reuters Health) – Although physicians in small practices are increasingly adopting electronic health records (EHR), taking the next step and using them to improve the quality of primary care is nonetheless fraught with difficulties, according to a report in the October 16 issue of the Annals of Internal Medicine.

Among the major roadblocks are the need for structured data, the lack of relevant standards and a shortage of resources, both within the practice and externally.

Having adopted EHR 18 months earlier and gradually becoming more skilled and comfortable with using the system, a four-physician internal medicine practice decided to attempt a simple project to increase their mammography rate.

The first difficulty was establishing an accurate baseline mammography rate. The initial number, generated by the computer in less than a minute, was roughly 50 percent, which the internists knew was too low.

After 3 months of adding information to the system, they had an accurate rate of 65%. "Chasing poorly labeled or unavailable data, we achieved a 15% improvement in our mammography rate without obtaining a single new mammogram," wryly notes the author, Dr. Richard J. Baron of Greenhouse Internists, Philadelphia.

Over the course of 6 months, at an estimated total cost of $4,800 for staff time and postage, the effort resulted in 141 women — an extra 10% — getting new mammograms, the report indicates. However, the average additional (unreimbursed) cost of $34 per new mammogram compares with a Medicare reimbursement in the practice’s area of only $93.29 for a mammogram.

To alleviate the obstacles to improving patient care with EHR, two broad areas must be addressed, Dr. Baron told Reuters.

One is increased staff (along with structural changes, such as new job descriptions, protocols and oversight). "Sadly, our current staffing levels leave us drowning in a sea of unrealizable improvement opportunities," he wrote.

The second key area is changes in the way others involved in patient care create and communicate information. "Outside the primary care office," Dr. Baron explained, "the ‘free form’ way in which information that we need to use can be created by others puts a lot of extra wasteful work on us in the office." 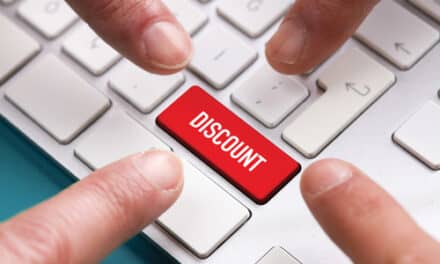 The Power of a Buying Group