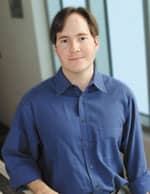 We are a country of multitaskers. Drive the streets of any city or town in America, and you’ll get caught in traffic. That’s nothing new. What’s new is that the 21st-century slowdown is caused not by fender-benders but by the growing percentage of motorists who aren’t paying full attention to the accelerator because they are simultaneously talking on the phone, eating, texting, applying makeup, or dictating notes for the latest Great American Novel, which will be written entirely while doing something else.

Yes, cell phones and the wireless Internet have connected us to more sources of information and communication than ever before, and have loosened the shackles that once bound so many of us to our offices. That’s good. However, I would argue that, unless you are an ER surgeon or the president of the United States, staying connected to the entire world at every second of every day is more of a distraction than a help.

Why is this? Because in our rush to get everything done all at once, a subtle distinction is being lost. Multitasking should not mean doing multiple tasks at once (and thereby doing none of them well). It should mean doing multiple tasks in a day, with a burst of complete focus on task A followed by a burst of complete focus on task B. In a recent article for this magazine, Ron Roncone, DDS, MS, called it doing “like things at like times.”

And, starting right now, I call it monotasking. Monotasking is the dying art of doing one thing at a time, and taking the time to do it excellently. Becoming a skilled monotasker is a challenge because, as we all know, it’s much more exciting to start or finish something than it is to keep doing something. In orthodontic terms, bonding day and debonding day are big deals, but who celebrates appointment number five? As a two-time orthodontic patient, I have seen my doctors’ eyes glaze over when their attention was divided, and it didn’t exactly inspire confidence. But when they snapped out of it and focused only on the task at hand (namely, me), I could swear my teeth starting moving faster.

Any thoughts on monotasking? Please write and let me know.