Class III adult patients are among the most challenging patients to treat in orthodontic practice. This article will present two techniques that utilize temporary anchorage devices (TADs) to help manage this group of patients. The first technique uses TADs to eliminate vertical interferences of the palatal cusps of the maxillary second molars in Class III surgical cases, and the second technique uses TADs to enhance successful nonsurgical treatment of mild to moderate Class III patients.

A common finding in Class III surgical cases is supra-eruption of the palatal cusps of the maxillary second molars. This is caused by a relative anterior position of the mandible and loss of occlusion on the maxillary second molar, due to the Class III malocclusion. If left uncorrected, this functional interference may prevent proper occlusion of the first molars and bicuspids in the post-surgical finishing stage.

Traditionally, this problem was corrected with equilibration of the palatal cusp of the second molar or with placement of steps or palatal crown torque in the archwire.  A novel solution to this problem is to use palatal TADs and a custom framework to deliver a direct intrusion force to the palatal cusps of the second molars. This minimizes mechanical side effects on adjacent teeth, and allows for reliable and fast correction of the problem.

One or two palatal TADs are placed in the para-median region of the palate parallel to the contact of the first and second bicuspids. This area has excellent stability due to adequate bone thickness. Two weeks after TAD placement, the patient is evaluated for TAD stability and an impression, or a digital scan, is taken to create a working model. 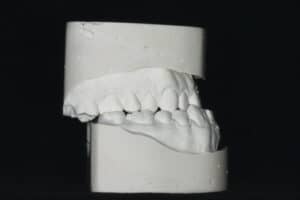 Figure 2: Supra-eruption of #2 due to lack of occlusion with lower dentition.

A design is drawn on the working model to fabricate a soldered appliance that fits around the head of the TADs and has “shepherd’s hooks” that project distally. This appliance can be made with or without stabilization wires to the palatal aspect of the first or second bicuspids. These stabilization wires are not needed for anchorage, but rather for overall stabilization of the appliance. Careful design of the shepherd’s hooks allows for accurate vertical forces to be applied to the second molar. This technique avoids the use of TADs in the posterior palate for direct anchorage, as these can be limited by anatomical constraints and lack of adequate bone thickness.

Figure 3: A unilateral TAD-based anchorage device used to intrude the palatal cusp of #2.

A 33-year-old male, referred by his oral surgeon, seeking combined orthodontics and orthognathic surgery to correct his anterior crossbite. Clinical and radiographic examination revealed a severe Class III skeletal and dental malocclusion with significant anterior crowding (Figure 1). Additionally, there was supra-eruption of #2 due to lack of occlusion with the lower dentition (Figure 2). A unilateral TAD-based anchorage device was fabricated (Figure 3) to intrude the palatal cusp of #2 in the presurgical phase and to allow for ideal posterior interdigitation in the final postsurgical result. A satisfactory outcome was achieved at the completion of surgical and orthodontic care (Figure 4). Total treatment time was 21 months.

A 19-year-old female, referred by her oral surgeon, seeking combined orthodontic and surgical care. She had a prior history of orthodontic treatment and therefore had a well-aligned dentition despite the severe skeletal Class III dysplasia (Figure 5) and mandibular asymmetry.

As a college student living far from home, she specifically requested to be treated with aligners. The supra-erupted (Figure 6) maxillary second molars needed to be addressed in the presurgical phase. A custom TAD-based appliance was fabricated (Figure 7) to provide the intrusive force to the palatal cusps of #2 and #15. The design of the appliance allowed the patient to remove her aligners without affecting the intrusive mechanics.

Some mild skeletal Class III patients can avoid orthognathic surgery and can be managed clinically with nonsurgical orthodontic compensation. Historically, this was done with Class III elastics or extractions. The advent of skeletal anchorage (TADS) as an accepted evidence-based technique in the orthodontic community has added another option to the spectrum of nonsurgical management of this patient group. This new option involves placing TADs to serve as anchorage for en masse retraction of the mandibular dentition in appropriately selected cases.

Indications for this technique are a mild to moderate Class III with normally inclined, or proclined, mandibular incisors. From clinical experience, edge-to-edge malocclusions, or minimal negative overjet (-1mm) malocclusions, respond well to treatment. Contraindications include severe skeletal dysplasias, significant negative overjet, retroclined incisors, or patients with periodontal problems, such as recession in the mandibular anterior region.

After initial leveling and alignment and progression to a lower .018″ SS wire (in a .022″ slot), a steel ligature co-ligation is placed from first bicuspid to first bicuspid, or the arch is chained with elastomeric chain from first molar to first molar. TADs are placed as described above and a gold chain is ligated to the head of each TAD. The gold chain is extended mesially and cut so that it terminates at the first molar. A power thread is tied from the end of the gold chain to the first bicuspid on each side. The power thread is activated every 3 to 4 weeks to provide an intermittent force until 1mm of overcorrection of the desired overjet is achieved. Patients are instructed to wear nighttime Class III elastics to support the mandibular retraction, and to promote maxillary protraction.

Upper aligners may be used in combination with this technique throughout the entire treatment; however, braces in the lower arch are necessary for the duration of the Class III correction. Once the occlusal correction is complete, the lower braces can be debonded and the alignment can be detailed with full upper and lower aligners. Class III elastics should be maintained for retention of the occlusal correction during the aligner finishing stage.

A 33-year-old male with no prior history of orthodontic treatment presented with concern over his occlusion. Upon clinical examination, a Class III skeletal and dental malocclusion was noted (Figure 9), including crossbite of teeth #s 7, 8, and 9. Mandibular prognathia and asymmetry were evident, and the mandibular midline was deviated to the right. Although this was a potential surgical case, the patient declined orthognathic surgery.

TADS were placed in the mandibular retromolar area (Figure 10) and elastomeric thread was activated for mandibular retraction. The patient was extremely compliant with elastics and wore them full time, which was more than requested. Due to the occlusal asymmetry and midline deviation, the left TAD mechanics were activated more than the right, and an additional Class III elastic was added on the left side.

At 12 months, progress records were taken and significant improvements of the occlusion and the facial profile were noted (Figure 11).

Comparison of the pretreatment and progress cephalometric radiographs shows a significant change in the inter-incisal angulation and a corresponding soft tissue profile change (Figure 12).

A 24-year-old male, with no prior history of orthodontic treatment, was referred by his general dentist due to concern about his malocclusion and anterior wear. Clinical examination revealed an edge-to-edge Class III malocclusion with moderate maxillary anterior spacing and rotations and mild mandibular anterior spacing (Figure 13). Orthognathic surgery was presented as an option but declined by the patient. The patient elected to be treated with upper aligners, lower braces, and mandibular retromolar TADs for en masse mandibular retraction.

After initial leveling and aligning, retraction of the mandibular dentition began (Figure 14). After 13 months of combined braces and aligners, the lower arch was debonded and records were taken for fabrication of additional aligners. Treatment was completed in 17 months (Figure 15).  A satisfactory Class I occlusion was achieved and a minor improvement in the facial profile was noted.

TADs play a significant role in the contemporary treatment of Class III patients. Here, I demonstrated a clinical technique that uses a TAD-anchored palatal device to intrude the second molars in preparation for orthognathic surgery. This can be a critical movement in the correction of the malocclusion to allow for proper vertical fit of the buccal segments in the postsurgical period, and also helps reduce the difficulty and length of time needed for postsurgical detailing. In the second technique, I provided a nonsurgical approach for management of select Class III patients, with either full fixed appliances, or with a hybrid of fixed and removable appliances. This technique utilizes mandibular retromolar TADs for en masse retraction of the mandibular dentition and can result in significant changes of the incisal angulation and the soft tissue profile. Although orthognathic surgery may remain the ideal treatment option for many Class III skeletal malocclusions, TAD-based treatment provides an excellent alternative for less severe cases. OP

Alexander Waldman, DMD, MMSc, is a graduate of the University of Pennsylvania School of Dental Medicine and completed his Masters of Medical Sciences degree in oral biology and orthodontic training at Harvard University School of Dental Medicine. Waldman lectures on interdisciplinary dentistry, adult orthodontics, and implant anchorage. He is a Diplomate of the American Board of Orthodontics and is in private practice in Beverly Hills, Calif. 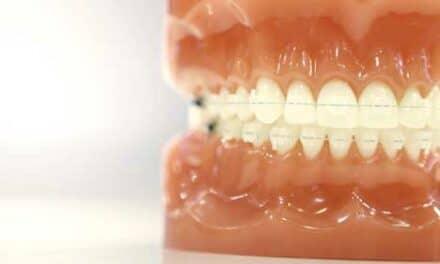 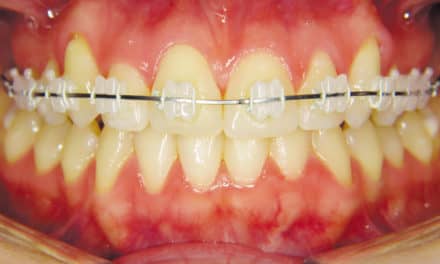 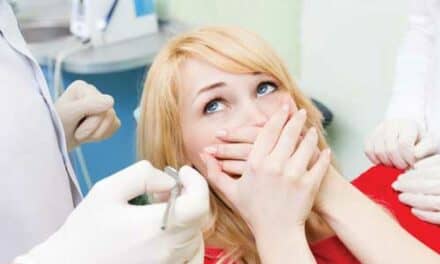 When the Class III Patient Says No 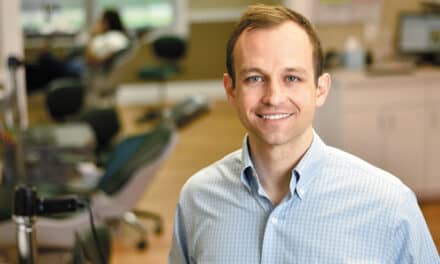 Bringing Customization to the Bracket Patient