How to build, place, and remove a rapid palatal expander

Orthodontists began using bonded rapid palatal expansion instead of banded appliances for three basic reasons. The first was to reduce the number of appointments required for fabrication and placement. Banded appliances require an appointment for separator placement, followed by a banding appointment with impressions, and then a third appointment for placement of the appliance. To fabricate and place a bonded appliance, an impression is all that is required for fabrication in the laboratory; the appliance can be placed at the next appointment. Second, the bonded appliance produces a reduction in posterior tooth tipping, a problem frequently experienced with banded rapid palatal expansion.1 Third, the bite-block effect facilitates correction of anterior crossbites.2

In a study of 20 consecutive cases,5 it was documented that the inferior and anterior displacement of the maxilla was lessened in the bonded appliance group with a slight superior movement of the posterior aspect of the palatal plane, negating the downward and backward rotation of the mandible seen with banded rapid palatal expansion. The anterior aspect of the maxilla also experienced a downward and posterior movement.

The great clinical significance of these findings is summarized as the following:

1) In patients with short faces or short-face Class III tendencies, we recommend the use of the banded rapid palatal expander to take advantage of the downward and forward movement of the maxilla.

2) In patients with long faces, Class II tendencies, or open-bite tendencies, we recommend the bonded rapid palatal expander since this not only negates, but also may possibly improve, the dental and skeletal relationships.

Here are the six steps that I use in constructing a rapid palatal expander:

1) Cast preparation: The cast is marked with a pencil for undercuts, and these undercuts are then waxed out using a wax spatula. The purpose of waxing the undercuts is to reduce interferences in placing the appliance, since snapping the appliance into place would make it even more difficult to remove.

2) Fabrication of the debonding loop: The debonding loop is made of .036 wire,  crosses the occlusal surfaces at the embrasure and touches the occlusal surface of the teeth, and is bent to rest in the mesial and distal fossae of the first molar (Figure 1, page 30). The loop is then secured with wax to actually touch the model in the fossae (the importance of this will be described later), but with 1 mm of clearance everywhere else. This provides room on the occlusal surface for the acrylic to flow underneath the wire, thus maintaining its incorporation into the appliance. The purpose of blocking out 1 mm from the buccal aspect model is to provide clearance so that when using the debonding loop upon removal, the beaks of the recommended Weingart pliers can be placed into position without causing the patient discomfort.

5) Fabrication of the pad: In our office, the occlusal pad is fabricated with a sprinkle technique. Some offices use other approaches, but we prefer the sprinkle technique because once the acrylic is in a “doughy” state, auxiliaries such as headgear tubes, archwire tubes, and traction hooks may be placed.

6) Finishing the appliance: Once cured in a pressure pot, the appliance is trimmed for excess and sized to the height and contour previously marked on the model.

We then use the same bur to drill holes in the palatal cusp tips of the maxillary molars and premolars. The purpose of the occlusal holes is to allow extrusion of excess bonding material that, in turn, keeps material from extruding in the undercuts. It also reduces cleanup at the border of the appliance and adds to the mechanical retention of the appliance to the bonding composite.

The finished appliance offers clearance between the appliance and the gingival margin to help with cleaning (Figure 3).

The occlusal holes also serve as a marker for the clinician to know where the palatal cusp of the maxillary molars and premolars are so that the amount of expansion that is required in each particular case can be visualized intraorally. Figure 4 is the occlusal view of the finished rapid palatal expander, complete with headgear and archwire tubes.

Prior to etching and final placement of the bonded appliance, we recommend that it be equilibrated so that this procedure does not have to be performed intraorally. This procedure improves patient tolerance of the appliance.

Rather than etching all of the surfaces of the teeth, we etch the cusp tips as closely as we can to the height of contour and try to avoid the occlusal surfaces. We feel that etching of the occlusal surface might result in such great retention that the appliance may be difficult to remove. Here, we recommend the use of a fluoride-releasing bonding material, and to make sure that the borders are well sealed in the etching and bonding process. We also recommend the use of a moderate-viscosity, colored bonding material for ease of placement and cleanup.

David Sarver, DMD, MS, has a private practice in Vestavia Hills, Ala, and is an adjunct professor of orthodontics at the University of North Carolina. He can be reached at [email protected] 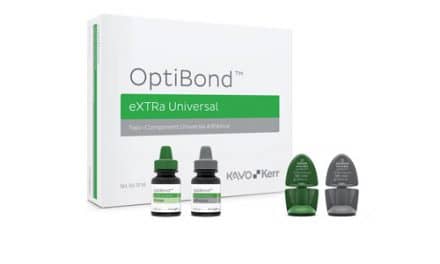 Caring for Your Pliers