The study appears in the journal The Angle Orthodontist.

The researchers looked at the coating thickness of four brands of “as-received” esthetic coated rectangular archwires and their surface characteristics and coating stability after 21 days of oral exposure compared to those of conventional stainless steel and NiTi wires. They observed the labial surface of the selected archwires with a stereoscope and a scanning electron microscope. An atomic force microscope was used to assess the surface roughness. The coating thickness of as-received wires and the percentage of coating lost on the labial surface of retrieved wires were measured using Image Pro Plus 4.5 software.

The study found that all groups showed an average coating thickness of less than 0.002 inches. After oral exposure, archwires from two of the groups lost all coating on the labial surface. Researchers report that on average, 28.71% and 72.90% of the coating was lost in each of the other two groups, and the surface roughness of the remaining coating was higher than postclinical control wires. 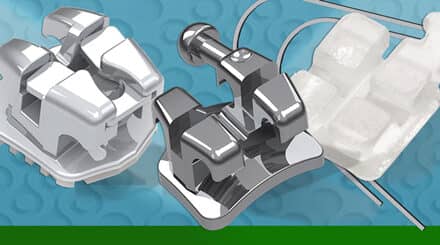