OP: Was there a time when you did not use APC appliances, and how was the experience without them?

Koen: As you can certainly imagine, when I didn’t use the appliances, I didn’t know the difference. However, once I started using them, it was a pretty dramatic change. It was quite a change of office procedures.

OP: Which APC adhesive do you currently use? Why?

Koen: I am using the APCTM PLUS. The color changing makes it incredibly easy to be sure we do a proper job of cleaning the excess adhesive before we light-cure it.

This has also changed the way we do our debonds because we don’t have nearly as much flash or excess adhesive to remove—just the part that is under the bracket.

OP: On what type of appliances do you use the APC adhesive?

Koen: Predominately, we use it for Victory SeriesTM Low-Profile Brackets and ClarityTM Ceramic Brackets, but we also use it for buccal tubes.

OP: When did you first hear of the APC appliance system? How was the implementation process?

Koen: We heard of this system from our technical representative from 3M Unitek.

When I first heard about the system, I did not think it would work. I thought that if you are light-curing a metal bracket, that you couldn’t get enough light penetration to cure the shaded portion (the nonlit part of that bracket). So I was not a very big fan of it the first time I heard about it. I was a slow learner—it took me a while to come around. I finally tried it, and obviously I was incorrect.

OP: What was the reaction from your staff when you changed to using the APC Adhesive Coated Appliances?

Koen: It would be a major revolt with my staff if I made them change back. They love it. It certainly streamlined the procedure, banding times were much shorter, all of the normal things you would expect. It was a very dramatic change in my office.

We tried the system on a group of patients before we fully implemented the system. We tried several bondings. By the time we started routinely using APC brackets, the reports from staff and patients were positive; braces weren’t falling off, everybody liked the new system. So we went full-fledged pretty quickly.

OP: What are the specific properties of the APC adhesive that you value the most?

Koen: We’re very successful at being able to clean the brackets because of the color change feature of APC PLUS Adhesive. Additionally, the overall efficiency of this system is valuable: we have great bond strength, we do not have many bond failures. It just seems to be an overall great product for our office.

OP: How has the use of the system affected your staff training?

OP: How does your staff feel now about using APC appliances?

Koen: That’s kind of simple: They would all quit if we had to go back to the preload or premix. They all love it. From my perspective, it is quite a better system financially—we are not wasting adhesive as we used to. We don’t have tubes of cement going bad or being exposed to the light. No one is forgetting to put on the caps. We have eliminated many variables.

OP: How has the use of the APC system affected your overall bonding procedures?

Koen: It simplified it and shortened the time. It has made us more efficient in excess adhesive removal. And it has been a lot of fun to show the patients and parents the technology involved. We will often take a piece of the adhesive and shine a light on it to show them what is happening. It is kind of fun to have something like that to talk about with patients.

OP: How has the use of this system affected bonding scheduling and chairtime?

Koen: The APC system has shortened bonding time, and it has helped our schedule. We can now do bondings in time periods that we previously wouldn’t have been able to make.

OP: What are the effects of the system on your inventory and ordering process?

Koen: It has made it very simple because of the way APC brackets are loaded with five to a box. We can quickly see what our product inventory is, and our representative can keep a much easier track of it as well. It has simplified our inventory and its control systems as well.

OP: What level of support did you need from 3M Unitek for training and troubleshooting?

Koen: We needed very little support. They were willing to give us all of the support we needed—it just didn’t require much. We had a pretty experienced staff, but even for the new people, it wasn’t too complicated a thing to learn how to use. I can’t imagine a system being any simpler.

It has been a great system. You would imagine that at some point there would be some type of product problems along the way, but we’ve just never had that issue at all. I don’t think we’ve ever had to send a bracket back.

OP: What would you say is the overall value of APC appliances to your practice?

Koen: In several areas it is time-saving and organizationally efficient. It helps in getting brackets on with the right amount of adhesive; the patients can do a better job with hygiene. We have an easier time with debonds. It is really interesting that one small technological change can have such an overwhelming effect on the whole practice—but it has been very dramatic.

Tommy J. Koen, DMD, is in private practice in Hendersonville and Cookeville, Tenn. He is married to Mary Cay Koen, DDS, MS, who is also a practicing orthodontist with her own offices. He is a member of the Nashville Dental Society, Tennessee Dental Association, the ADA, the Tennessee Association of Orthodontists, and the AAO. He can be reached at 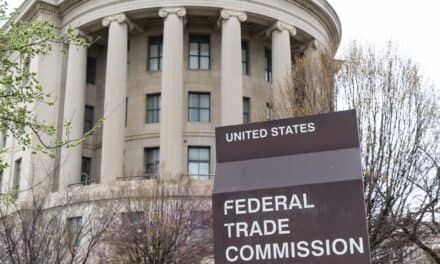