Do the White Thing

Chemotherapeutic use of bleach

Millions of people begin orthodontic treatment every year. Most will finish with a beautiful smile and improved dental function. Some patients, however, will not achieve the flawless perfection that they sought. Decalcifications, caries, gingivitis, and periodontitis can occur during orthodontic treatment and compromise both local and systemic health.

The Problem Is Plaque

The most common cause of decalcifications, caries, gingivitis, and periodontitis is plaque. Plaque produces acid, which then changes the oral environment over time. The altered environment changes the bacterial composition of the plaque, which can be composed of more than 300 different bacterial species. A large proportion of the bacterial population are obligate anaerobes that depend upon facultative, oxygen-tolerating species to create a hospitable environment. So as the acidity increases, the proportion of the more destructive anaerobic species begins to increase. Decalcifications are typically the result of the anaerobic species, such as Streptococcus mutans and Lactobacillus, thriving in a more acidic environment and increasing the acidity of the plaque that comes into contact with enamel. Gingival and periodontal disease is caused by these and other obligate anaerobes, such as Porphyromonas gingivalis and Prevotella nigrescens. So as the composition of the plaque becomes more acidic and more anaerobic, gingiva become inflamed as a result of the increased amounts of bacterial toxins. These toxins cause the whole body to respond to the infection with elevated levels of inflammation and altered blood cell counts that are detectable systemically. Plaque control is a serious problem with short-term oral health and long-term cardiovascular health changes.

What Can We Do About it?

All of the above efforts can potentially weaken the doctor/patient relationship. What if there was an easier way to control the plaque? What if we could encourage the healthier species of bacteria while killing off the more harmful ones like S. mutans? What if you could avoid the discussions that start with, “I need you to brush your teeth better …” or “I hate to bring this to your attention, but Joey is not brushing enough …”?

A product is available with the potential to help orthodontists control both the amount and the composition of plaque in patients’ mouths. The product is Opalescence Treswhite Ortho*, a combined bleach and delivery system for patients to use while wearing fixed appliances. It consists of a pair of rigid trays, both containing flexible inner trays filled with a viscous bleaching gel. The rigid tray is placed into the mouth. The patient “sucks” on it and then removes the rigid trays. The soft, flexible inner tray remains in the mouth in contact with the teeth and braces. After a half hour, the trays are removed and the gel is brushed or rinsed off. Patients with either gingivitis or plaque will begin to experience a tingling sensation from the bubbles percolating under the trays; you can see it working. The patient is sent home with the product to use on his or her own. Each time the patient uses the bleach, he or she alters the oral environment to favor better oral health.

When you consider the research that demonstrates improved oral health in periodontal patients undergoing bleaching1–3 and how peroxide application increases the level of the pH in the mouth, neutralizing the acids produced by bacteria, you can see the benefit of in-treatment bleaching. Finally, just the application of the fluoride through use of the bleaching product can decrease decalcification by increasing the hardness of the enamel. Imagine bleaching as a sneaky way to get a patient to apply fluoride on a regular basis—and to enjoy doing it!

The fluoride application is a bonus, however. The oxygenation of the oral environment is the real value of bleaching. The oxygen delivered to the gingival tissues creates an oxygen-saturated environment not unlike the effects produced by hyperbaric oxygen chambers used for wound repair. Oxygen is a key metabolite for cellular maintenance and repair. Fibroblasts need oxygen to produce collagen for repairs; the oxygen is used in the hydroxylation of the amino acids praline and lysine. Oxygen also supplies the energy needed for cellular repair; in the absence of adequate oxygen in the gingival tissues, the body must use acid-producing, anaerobic metabolic pathways instead.

So instead of berating Joey again, his orthodontist can encourage him to bleach his teeth. Regularly. Joey may suddenly become more involved in his treatment because he likes his teeth more. He may believe that you care about his appearance. He may begin brushing more now that his gums no longer hurt or bleed when he brushes. He will not embrace floss as his best friend, but he may spend more time caring for his nice, white teeth, and healthy pink gums—and that is the orthodontist’s goal.

Scott G. Smoron, DDS, MSD, is in private practice in Mount Prospect, Ill. He can be reached at

*Disclosure: I have received free products to try with my patients. You could probably also twist their arm for a free sample or two. 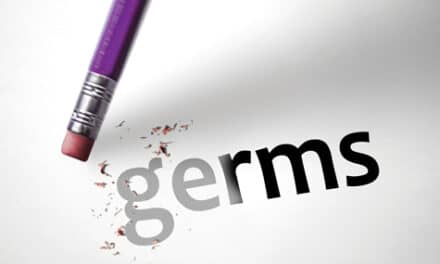 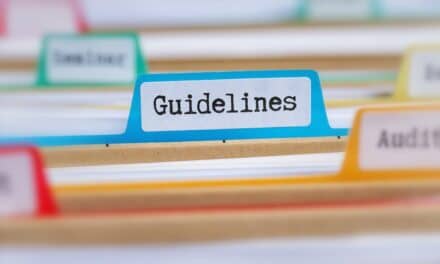