The American Dental Association (ADA), American Dental Education Association (ADEA), and American Student Dental Association (ASDA) released a task force report today supporting the modernization of the dental licensure process. According to a joint press release from the three associations, the report is the culmination of over 2 years of research, discussion, and collaboration among the organizations, which have teamed up to form the Coalition for Modernizing Dental Licensure. This Coalition involves the full continuum of the dental profession, from students to educators to practitioners.

“Ensuring patient safety and that each dentist meets professional standards for practice are the critical underpinnings of the dental licensure process,” said Joseph P. Crowley, DDS, ADA president. “This report and the Coalition’s ongoing efforts call upon state dental boards to amend and modernize their licensure requirements.”

State dental boards oversee the licensure process. The task force report addresses two priority concerns with the licensure process in many states. The first is the use of the single encounter, procedure-based examination on patients as part of the licensure examination. The three organizations are concerned that treating a single patient just one time does not lead to an accurate reflection of the broad set of skills and knowledge expected of a dentist, and also poses ethical challenges for test-takers, dental schools, and the profession. Additionally, a single encounter, procedure-based examination may not be in the best interest of patients who participate in the process. These exams have a narrow focus, sometimes in lieu of comprehensive care. Regulatory bodies in other health professions have removed the actual performance of procedures on a patient during the licensure examination process.

The second concern highlighted in the report is licensure portability. The majority of students at over half of the country’s dental schools do not practice in the same state where they were educated. For students in states with restrictive licensure policies, the cost of licensure in another state is often extremely expensive and unnecessarily burdensome. A similar burden exists for the over 10,000 active licensed dentists who moved across state lines between 2011 and 2016.

“There are much better ways to handle licensure, and we have only to look to every other health profession to demonstrate that,” said R.L. Monty MacNeil, DDS, MDentSc., chair of the ADEA Board of Directors. “Dentistry is also an outlier in the lengths dentists have to go to if they want to move across state lines and provide care. It’s just time we fix this.”

The Coalition for Modernizing Dental Licensure calls upon state dental boards to amend their licensure requirements to eliminate single encounter, procedure-based examinations on patients. The Coalition also calls upon them to allow for increased licensure portability and to work at the national level to establish a common core of dentist credentials for licensure that can serve as a basis for licensure compacts among states.

“As future dental professionals, students hold themselves to the highest ethical standards,” said ASDA President Roopali Kulkarni. “We are committed to working together and with the dental boards to modernize the process of dental licensure in order to protect our patients and profession.”

The Report of the Task Force on Assessment of Readiness for Practice can be viewed at ada.org. 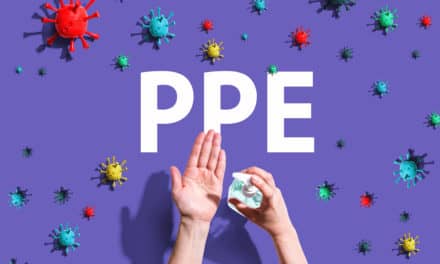