An Explanation of the Roth/Williams Philosophy

This is the first part of a two-part article. The conclusion will appear in the September issue. 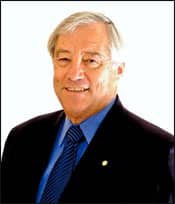 Rather than attempting to argue the use of articulators in orthodontics, it would seem appropriate that an explanation be given by those of us who have chosen to follow the teachings of Ronald H. Roth, DDS, MS; Thomas F. Basta, DDS; and Robert E. Williams, DDS, MS. This is in no way intended to convert any practitioner to this method of practice, but rather to provide those who might be interested some of the rationale for many of the steps utilized in this treatment philosophy. Obviously, this is but one way to practice orthodontics, but one that has stood the test of both time and evaluation by ourselves and our peers. It is a philosophy that has been taught to many practitioners around the world who have then been able to demonstrate clinically the same results originally shown by Roth. That these results have met the standards of the profession has been demonstrated by the numbers of followers who have completed ABO certification, have measured their results using the ABO standards or Andrew’s six keys, and have presented papers and texts demonstrating these results.1-3 They have been able to demonstrate their ability to achieve these results while using the underlying principle of the philosophy, the Seated Condylar Reference.

A basic principle of this philosophy is applying the Seated Condylar Reference to all phases of orthodontic treatment. This includes the initial gathering of records, diagnosis of the orthodontic problem, planning the treatment, implementing and monitoring the clinical phase, and, finally, evaluating the achieved results. For those of us that believe this is the surest and most efficient method of achieving the desired result, it is difficult to imagine another method for monitoring the treatments that we provide our patients that is clinically applicable, that provides the same information in a more efficient manner, and that uses currently available technology.

This reference may be described as the condyles being seated anteriorly, superiorly in the glenoid fossae with a healthy intact articular disk interposed between the condylar heads and the bony contours of the fossae.4 The condyles are centered transversely within the fossae. This position has been shown to be stable over time, and repeatable with a high degree of accuracy. Its use in the restoration of badly worn occlusions by dentists who routinely achieve repeatable, stable results provides evidence of the validity of this reference.

The history of dentistry provides a background upon which much of this philosophy has been based, and upon which its methodology has been developed. Beginning with the understanding of the gnathic system and its interrelationships with all parts of the body by the earliest anatomists and progressing to studies of static relationships by individuals such as von Speex, Bonwill, Wilson, Black, Zeisz and Nuckolls, Angle, and others, dentistry began to outline the form of the component parts. As the functioning of the system was integrated into the treatment of the dentition, various philosophies and schemes of restoration were promoted, tried, and rejected. The gnathologically oriented groups sought to restore the mouths of those who had lost the use of their dentition. McCollum, Gysi, Stuart, Stallard, Thomas, Lee, and others all lent their hand in developing a method of measuring and trying to duplicate the movement of the mandible at the level of the occlusion so that a successful, functioning replacement for the worn dentition could be fabricated. Long hours were spent utilizing the most accurate instruments available at the time in measuring and replicating jaw movements. Finding that a clinically repeatable position of the mandibular condyle when seated in the maxillary fossae could be located provided the reference from which the restorative process could commence. Movement patterns were measured from this reference, and instruments were designed that could mimic these movements at the level of the occlusal surfaces of the teeth. Tooth morphology was studied, and the patterns found in nature were integrated into the ideal occlusal scheme of a mutually protected occlusion. Recent archeological finds have validated the early existence of this morphology, and the developmental sequence of the crowns of the teeth within the bone of the alveolus free from outside influences, suggests there is a strong genetic basis. To find in nature the exquisite fit of the static dentition and the ability of the ideal to smoothly function only lends further credence to the findings of those who believed that there was a reason for the way things had developed, and that form and function indeed walked hand in hand.

It was in the footsteps of these early pioneers that Roth embarked upon his dental and orthodontic education. Conventional wisdom of the early orthodontists suggested that if the teeth were well aligned, the result would be harmonious with the muscles and function, that aesthetics would be improved, and that stability would be achieved. A healthy, attractive, functioning gnathic system was the goal, and precise tooth fit was the method. Angle believed all teeth should be preserved, and Case argued otherwise. Tweed provided evidence that fine orthodontics could be achieved without a full complement of teeth. Steiner, Downs, Tweed, Jarabak, Ricketts, and others sought to use the recently developed cephalometric radiograph to measure and quantify ideal tooth position and desirable relationships. Trial and error were the hallmarks of early treatment. What seemed to work was promoted and then often discarded in favor of another, more promising method.

Upon completion of his orthodontic training under Jarabak, Roth entered private practice, and utilizing the techniques of the day, began to treat his patients. That he was successful in meeting the criterion of successful orthodontic treatment was indicated by his teacher Jarabak’s requesting that he show cases at one of the courses being given on the West Coast. These cases were shown and given the approval of those in attendance as well as his teacher. Unfortunately, upon further investigation, they did not satisfy Roth’s goals.

Much in the vein of the work at the University of Washington, his results did not meet his expectations for stability and longevity. With these observations in mind, Roth sought answers for his inability to achieve that which he believed would be in the best interests of his patients. Among the various sojourns in dentistry and orthodontics was the path of gnathology. The techniques and procedures being taught by this group offered an occlusal scheme and a method of measuring that appeared to meet the needs of the orthodontic patient better than that which he had learned during his training. In addition, the philosophy and rationale for treatment fit well with some of his early research, and the results that they were able to achieve met the goals that he sought. From these experiences, Roth began to develop his orthodontic treatment philosophy, and using the instrumentation available at the time, integrated this philosophy into his practice.5

To accept a patient with a malocclusion, and to design a treatment that would achieve the gnathologic goals of the full-mouth reconstructionist would appear to be natural extensions of the “art” and “science” of orthodontics. However, achieving these results proved to be a daunting task. The materials and appliances available were often limiting factors, and until the work of Larry Andrews6 became available in the form of an appliance, achieving a “good” result was always a struggle. The 3D problems that had to be solved to achieve a functioning, well-fitting, stable result were often left to those practitioners with a gift of vision as well as a high degree of manual dexterity. Roth was one of the gifted, but he was always receptive to a better way. The “straight-wire concept” fit well with what he was attempting to achieve, and allowed him to treat to higher and higher standards.

Robert C. Frantz, DDS, has been in private practice in Danville, Calif, since 1973. He is one of the three directors of the AEO Group of Roth/Williams-USA. He can be reached at