A survey says that more than two-thirds of parents say they are concerned about their children’s teeth at Halloween, which is far more than those who are concerned about stomachaches, costume choices, and nightmares. With more than 80% of parents saying their kids will participate in a Halloween celebration this year, and with cavities being a top concern, the Kids’ Healthy Mouths campaign is celebrating National Brush Day® on November 1 to emphasize the importance of brushing for 2 minutes, twice a day, every day.

National Brush Day is celebrated on November 1 on behalf of the Kids’ Healthy Mouths campaign, originally launched by The Partnership for Healthy Mouths, Healthy Lives and the Ad Council in 2012. Kids’ Healthy Mouths recently debuted series of PSAs created pro bono by ad agency Grey New York, which feature humorous depictions of parents getting kids to brush for 2 minutes, twice a day.

“National Brush Day is a wonderful time to remind parents about the importance of their children’s oral health, especially after a candy-heavy holiday like Halloween,” said campaign spokesperson and former host of E! News Kristina Guerrero.

To take part in National Brush Day, parents and caregivers can join the Kids’ Healthy Mouths communities and share new campaign images on Facebook and Twitter. Kids’ Healthy Mouths is also kicking off its first video contest on Zooppa.com, where amateurs and professionals can create and submit videos showing how difficult it is to teach a child something if a parent only has 2 minutes.

“Seventy-five percent of parents report that their child sometimes or frequently forgets to brush his or her teeth,” said Gary Price, secretary and CEO of the Dental Trade Alliance Foundation. “We need all parents to get involved in National Brush Day so we can instill lifelong habits in children.”

As an extension of the campaign, the Ad Council also recently launched a mobile program in-house on behalf of Kids’ Healthy Mouths that engages parents and their kids in a brushing challenge that supports the campaign’s message to parents to make sure their children brush their teeth for 2 minutes, twice a day. The campaign also includes a mobile gaming app called “Toothsavers,” which has received more than120,000 downloads since January of 2014. 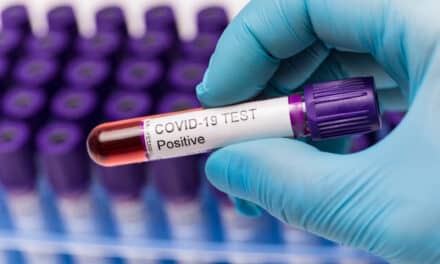 Dental X-rays May Be Able To Detect Osteoporosis