The nature of malocclusion that requires first premolar tooth extraction is an orthodontic problem that affects more than 50% of patients in Asia, 20% in Europe, and 12% in North America.

SmartStage technology allows tooth movements to be programmed to optimize the progression of tooth movements and provide aligner activation. This function is designed to eliminate unwanted tipping and unwanted anterior extrusion during retraction.

The new SmartForce features are designed to deliver the force systems necessary to achieve predictable tooth movements, and include Optimized Retraction Attachments (devised to work with SmartStage technology for effective bodily movement during canine retraction, with or without elastics) and Optimized Anchorage Attachments (created to work with SmartStage technology to maximize posterior anchorage).

Invisalign G6 will be available to Invisalign-trained providers beginning in the first quarter of 2015 with limited commercialization. A full commercialization rollout will follow in Asia Pacific, Europe, Middle East, Africa, and Latin America throughout 2015 and in early 2016 in North America. 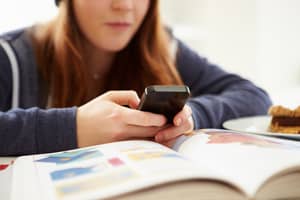 OrthoAccel and Orthodontext Team Up to Offer AcceleDent Text Reminders

Man Sentenced to Life in Prison for Murder of Louisiana Orthodontist