James C. Marsters, DDS, Orthodontist and Pioneer for the Deaf, Dies at 85

James C. Marsters, DDS, a deaf orthodontist and co-developer of the first telephone that converted audio tones into typed messages, has died at 85. Marsters’ daughter, Jean, told the LA Times that her father died July 28 at his home in Oakland after a short illness.

Marsters, along with a physicist and an engineer-businessman, helped create the modem in 1964 that linked a teletypewriter to traditional phone lines.

According to the LA Times, Marsters became deaf after a bout of scarlet fever as an infant. He was taught from an early age to lip-read and speak.

Marsters graduated from the Wright Oral School for the Deaf in New York City in 1943. After earning a bachelor’s degree in chemistry in 1947 from Union College in Schenectady, NY, Marsters went to work at a New York necktie factory owned by his father-in-law, who encouraged him to study dentistry.

However, according to the LA Times, almost every dental school Marsters applied to turned him down. Marsters’ family said New York University eventually granted him provisional enrollment. He graduated in 1952 and then attended the University of Southern California to study to be an orthodontist.

In 1954, Marsters opened his orthodontic practice in Pasadena, Calif. The following year he married Alice Amelia Dorsey. Marsters retired in 1990.

Marsters is survived by his children, James Marsters Jr, a chemist, of Oakland, Calif; Jean Marsters, a doctor, and Guy Marsters, a musician, both of Pasadena; and two grandchildren.

Memorial donations may be made to the Jean Weingarten Peninsula Oral School, or the John Tracy Clinic. 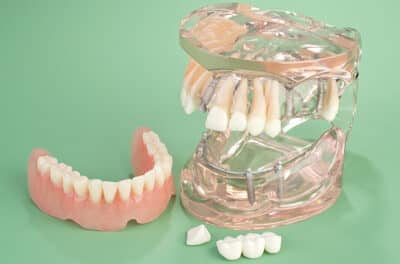 On Pennsylvania’s Senior Smiles Day, the Goal Is to Improve Oral Hygiene for Senior Citizens