The Midwestern Society of Orthodontists (MSO) elected new officers during its Annual Business Meeting on September 17 at the Hyatt Regency Union Station in St. Louis.

Lee W. Graber, DDS, of Vernon Hills, Ill, was re-elected as the MSO Trustee to the AAO Board.

James G. Klarsch, DDS, Town and Country, Mo, was recognized for his final service as president at the “Show Me Excellence” meeting. He will continue to serve as a member of the MSO board as immediate past-president.

The 2006 Earl E. Shepard Award, the MSO’s annual distinguished service award, was presented to Kenneth C. Marshall, DDS. Marshall, professor and chairman emeritus of the Saint Louis University department of orthodontics, was honored for establishing Saint Louis University’s graduate orthodontic program. Marshall retired as department chairman in 1976, but continued to teach in the clinic until the mid-1980s.

The MSO’s 2007 Annual Session will be held as a combined meeting with the Southwestern Society of Orthodontists and Great Lakes Association of Orthodontists on September 27–30 at the Marriott River Center Hotel in San Antonio. 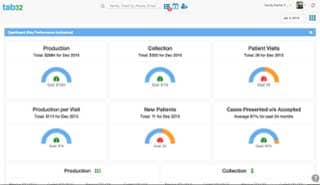