WASHINGTON (Reuters) – The U.S. Senate approved legislation on Thursday expanding a popular children’s health-care program, setting the stage for a fresh showdown with President George W. Bush, who vowed to veto the bill that would also raise tobacco taxes.

The Senate voted 64-30 for the bill that aims to provide health insurance to about 10 million children in low-income families unable to afford private insurance but who earn too much for the federal Medicaid program for the poor.

The bill would raise taxes on cigarettes and other tobacco products to help pay for the program. The bill goes to Bush who said he would veto it.

The White House said the Senate had passed another children’s health bill with major flaws, despite the veto threat.

"Congress should address the serious flaws in this bill and produce legislation that puts poor children first and does not raise taxes," White House spokeswoman Dana Perino said in a statement.

The Senate acted after the bill was approved by House of Representatives last week in a 265-142 vote that was short of the two-thirds majority needed to overturn a veto by Bush.

Bush vetoed an earlier version of the bill that the House last month failed to override.

The bill would provide $60 billion in funding for the program over five years, compared with the current $25 billion five-year funding level. The tobacco tax increase, raising the tax on cigarettes by 61 cents to $1 per pack, would cover the added cost.

Backers of the bill, including Sen. Charles Grassley, an Iowa Republican, say current funding levels and Bush’s budget request for $5 billion more are not enough to continue coverage for all of the 6.6 million children currently enrolled.

Senate Majority Leader Harry Reid, a Nevada Democrat, had hoped to delay the vote to give the bill’s supporters more time to negotiate a deal that would assuage Republican concerns and provide a veto-proof majority in Congress.

Senate Republican Leader Mitch McConnell of Kentucky objected to a request by Reid for a one-week delay.

Senate Finance Committee Chairman Max Baucus, a Montana Democrat, said negotiators were within reach of a deal on the Children’s Health Insurance Program, or CHIP, bill.

"We have made a lot of progress and I believe that a compromise is very close," Baucus said. "I believe that given a little more time, Congress could pass a CHIP bill that could achieve the support of more than two-thirds of both houses of Congress."

Reid accused Republicans opposed to the legislation of standing in the way of reaching a veto-proof bipartisan deal.

"Whether it’s the president making up phony excuse after phony excuse to oppose CHIP or Republican leaders repeatedly using procedural delays, it is obvious that there are some who will do anything to stand in the way of enacting this bill," Reid said in a statement.

Negotiations are expected to continue but the procedural maneuverings are likely to delay final resolution. 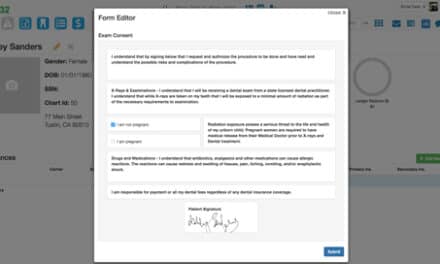