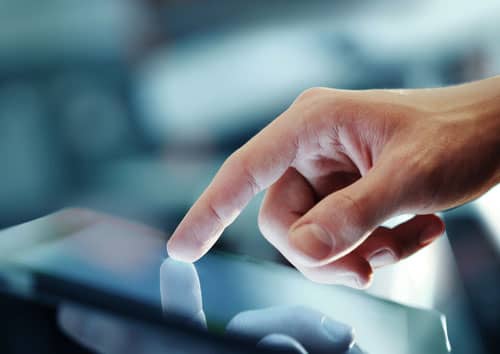 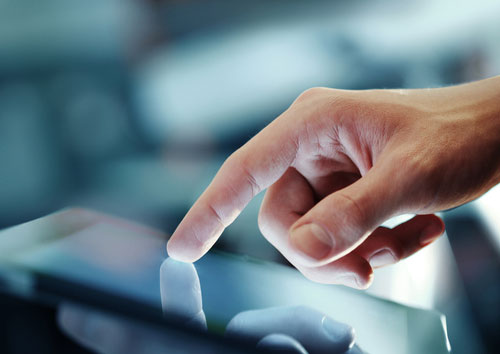 At the same time that the digital community was scrambling to prepare for Y2K, the orthodontic community was going through a tumultuous transition of its own. Though paperless charts and records had been around for years, the paperless movement was beginning to build steam. The benefits of a paperless system were enough to motivate many doctors to make the investment in time and money to make the switch.

Fast forward 14 years, and being paperless is no longer the cutting edge, but instead the status quo for most practices. However, as technology has trained us to expect there is no room for complacency in progress, there are many opportunities to move beyond simply being a paperless practice.

For a technology to be considered indispensable, in my mind, it does not need to be complicated, although many are. And, it does not need to be expensive, though, again, many are. It simply needs to make your life easier and your practice more efficient. So for me, these are three technological advancements I personally could not live without in my orthodontic practice:

The thin client workstation—also known as a lean, zero, or slim client—is, in my opinion, the most underappreciated and underutilized tool in an IT toolbox today. A thin client is a mini-computer about the size of a paperback book that depends on an external server to perform its computations.

Why would you want a mini-computer that can’t function without a network connection? Two words: “cost” and “scalability.”

Thin clients cost half as much as a traditional computer and, due to their small size, they can be placed just about anywhere within the practice. And, because they take their orders from a central server, they can be swapped out with ease and don’t require reprogramming.

Thin clients simplify the process of adding workstations, and they allow you to scale your practice upward as it grows. I personally use Wyse thin clients, (now owned by Dell), and link them to my primary server using Microsoft’s Terminal Services.

The latest thin clients even contain graphics cards that allow you to support multiple monitors and 3D imaging software. The capabilities of thin clients have slowly blossomed under the radar, and should be considered by any orthodontist looking to add workstations.

The idea of dual screens may seem simple, but it’s vastly underutilized within orthodontic offices. Though there is a period of adjustment, the efficiency and productivity of your team members will increase once they begin using dual monitors at their workstations.

Many offices have placed dual monitors in their doctor’s personal office, yet they sometimes underestimate the benefits of equipping their administrative and clinical teams with the same technology. Having the ability to keep imaging software up on one screen and management software up on another is indispensable in my mind. Most computers and thin clients support dual screens. Those that don’t can easily be retrofitted to support dual screens using an inexpensive PCI (peripheral component interconnect) card.

Going one step further, there’s no reason to settle for just two monitors. If two screens are increasing productivity, then at some workstations, three or four screens may be even better.

My passion has always been for 3D imaging, and it has been amazing to watch its exponential growth since it was first introduced to orthodontics back in 2001.

I personally cannot imagine practicing without having a low-dose cone-beam CT unit at my disposal. I have no interest in engaging the debate over its routine use since I believe that even its selective use justifies its cost and inclusion on this list.

Your treatment plan and treatment outcomes will only be as good as the diagnoses they were built on. For example, with the introduction of the i-CAT FLX from Henry Schein Dental, we can capture all the diagnostic 3D information we need while exposing our patients to less radiation than a traditional pano. The strength of 3D imaging is found not only in its diagnostic power, but also in its ability to communicate to patients and colleagues where we are starting and where we are going.

When it came to selecting three technologies I could not live without, this one was by far the easiest to choose. OP

Aaron Molen, DDS, MS, is an internationally recognized speaker on orthodontic technology. He serves on the Technology Editorial Board for the American Journal of Orthodontics & Dentofacial Orthopedics, and has published several papers and textbook chapters on the topic. He currently sits on several AAO committees, including the Committee on Technology, and is a faculty member at UCLA. 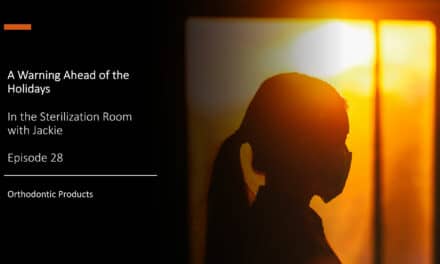 A Warning Ahead of the Holidays 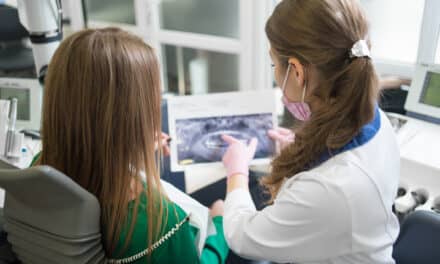 New Jersey Orthodontist Reaches Out To Public With Lecture Series