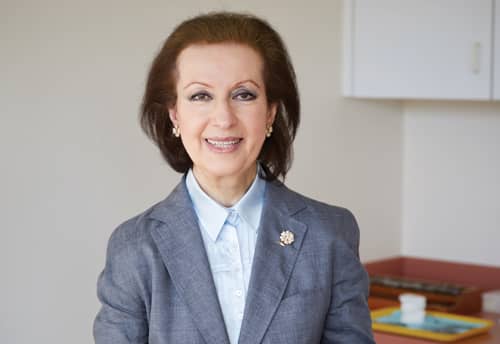 For incoming American Association of Orthodontists’ (AAO) President Nahid Maleki, DDS, MS, building long, lasting personal relationships is everything—whether it be with patients or colleagues—or with the city she calls home.

One of those long, lasting relationships is with her first patient. On the first day of private practice at Georgetown University Hospital, an oral surgeon on staff sent her a young man with a pronounced prognathic mandible that made it difficult for him to chew food and negatively affected his self-esteem. While the oral surgeon did his part with orthognathic surgery, Maleki took on the orthodontic component. At the end of treatment, the patient, wearing his new smile, was ecstatic about the results.

The Christmas following treatment, Maleki received a visit. The door to her office opened and the same young man came in smiling to wish her Merry Christmas. Now some 30 years since completing treatment, that same patient still visits her practice every Christmas to say thank you.

“It’s just amazing how you establish long-term friendships with your patients,” she says. “I receive Christmas cards from patients I treated 10, 15 years ago. They still remember. They send me a picture with this broad smile across their face. Sometimes they write underneath: “Thank you for making my smile so beautiful.”

The circumstances that created the enduring relationship with that first patient were the result of another relationship cultivated during her residency at Georgetown University School of Dentistry, in Washington, DC. There, the department chair, Ashur Chavoor, DDS, became Maleki’s mentor. A week before graduation, Chavoor asked her about her plans for the future. Maleki confessed she didn’t have a solid plan and was weighing her options. Chavoor then offered her an option that would profoundly shape her career: Stay and teach at the university. Maleki accepted and started teaching the week after graduation.

While she enjoyed teaching, within a year, Maleki felt the pull to have her own private practice. She went to Chavoor to talk about her desire to do so. Chavoor told her she shouldn’t do it—not because he feared she wouldn’t be a success, but because he didn’t want to lose a popular professor. Instead, he offered her another option. At the time Georgetown University Hospital had an intramural private practice for full-time faculty. While continuing on as a full-time faculty member would require Maleki to teach 3 1/2 days a week, she would still have a day and a half each week to practice right next door.

The decision to stay is one Maleki has never regretted. From the start, the transition was an easy one. “It was amazing because the students and faculty knew me. The minute word got out that Dr Maleki is now at Georgetown University Hospital, the students, the faculty, everybody started sending me patients,” she recalls.

Maleki remained on the faculty and in private practice at the university until the day Georgetown closed the dental school in 1990—14 years after joining the faculty.

Two years later, Maleki opted to remain in the city and opened her first independent private practice in northwest DC. Again she benefited from the relationships she’d built during her time at Georgetown. “I had the chairman and the faculty if I had any questions,” she recalls.

Maleki knows that today’s residents don’t have the luxury of not having a plan come graduation day, nor are they likely to have the good fortune she did. With between $150,000 and $500,000 in student debt weighing on them, their practice options are more limited and entirely dependent on whether or not they can guarantee a stable income.

“When I graduated, it was easy. What happened with me: I just walked in and everything was easy—that’s not the case for our new and younger members,” she says.

This knowledge is exactly why the issues facing new and younger AAO members will be a key concern during her upcoming tenure as AAO president. This past year, Maleki has served as the liaison between the AAO Board of Trustees and the Council on New and Younger Members (CONYM), which is mainly comprised of members within 5 years of graduation. From in-person interactions at CONYM meetings and numerous phone conversations and emails, to joining the group’s online discussion group, Maleki has been listening to and learning about these members’ concerns. Of course, weighing heavily is the issue of student debt, but she learned they were also concerned about access to AAO leadership and their representation within it, saturation within the industry, competition, and different practice modalities, as well as the rate of insurance premiums through AAOIC (The American Association of Orthodontists Insurance Company). Specifically, the message was those premiums were too high. Maleki first took this concern to the Board of Trustees, but then placed a call to her friend Terry R. Pracht, DDS, chairman of AAOIC.

“I said, ‘We have this group that really needs help,’” she recalls, “’And I would appreciate if you could help them.” Pracht promised to talk to the board of the AAOIC and get back to her. Within a few days, he called back with good news: The AAOIC Board agreed to a 10% discount to all AAO members on their premiums, as well as a 7% rebate to all shareholders because the company was doing well. As a result, AAOIC will be giving a 17% discount to a majority of its members.

Maleki may have set out to solve a concern facing new and younger AAO members, but what she really did was address a concern that affects all members—new and established.  Because the reality is: What concerns one group often concerns the whole group.

Maleki’s ties to the AAO started early in her career. Again, Chavoor was key. Chavoor, who served as AAO president in 1985, came to her while she was still at Georgetown and said the organization needed volunteers. “Dr Chavoor asked me to help and I said I’d be really happy to,” she recalls.

She started working as a committee member with the Middle Atlantic Society of Orthodontists (MASO), going on to serve on MASO’s board of trustees, and eventually as its president. That led to serving on AAO’s Council on Governmental Affairs for 8 years, and really beginning her advocacy work on behalf of the organization on Capitol Hill.

With her private practice based in the nation’s capital, Maleki has treated a number of lawmakers, their spouses and their children over the 30-plus years of her career.

“The nature of orthodontic treatment is you see a patient every month for 2 or 3 years. So you make a friendship. To me, they become like an extended family. I truly look at my patients as an extended family, and I care for them as I would care for my family members,” she says.

This past February, a group of over 90 AAO members came together to take the AAO’s 2017 legislative priorities to Congress. Among the AAO’s priorities are repeal and replace those portions of the Affordable Care Act (ACA) that relate to AAO—specifically, restrictions on FSA (flexible spending accounts) use, and the medical device tax.

With regard to FSA use, the AAO has been an advocate of the RAISE Act—The Responsible Additions and Increases to Sustain Employee (RAISE) Health Benefits Act—introduced by U.S. Representatives Steve Stivers (R-Ohio) and Michelle Lujan Grisham (D-NM) in 2015. Reintroduced to the House in mid-February, the Act aims to increase the annual FSA cap from $2,600 to $5,000, as well as an additional $500 for each dependent after the first two. In addition, it would eliminate the yearly “use-it-or-lose-it” rule, allowing any unused FSA funds to roll over to the next year. According to Maleki, this last component of the act is the only portion not addressed if the ACA is repealed. As a result, the bill may need to be recrafted to codify the ability to roll over unused FSA funds.

Additional issues on the AAO’s advocacy agenda are student loan reform or relief, tax reform, and the redefinition of medically necessary care.

“AAO has long been a supporter of various efforts to reduce the burden of student loans,” Maleki points out. “We argue for increased tax deductibility. We advocate to allow loans to be refinanced at a lower market rate and for a drop of income limits for tax deductions.”

Because the AAO relies on politically involved members to bring its message to Capitol Hill, the reception is typically very warm, says Maleki.

A Cue from the City

Beyond the AAO’s legislative priorities, Maleki wants to use her term as AAO president to bring more diversity to the organization—across all spectrums: age, gender, and race and ethnicity. And she wants that diversity to be reflected at the leadership level, whether that be at the AAO or constituent level. In fact, Maleki looks to the city she calls home—Washington, DC—as a model of diversity for the organization.

“All the foreign countries have their embassies here. In my practice, about 5% to 10% of my patients are from the embassies—diplomats, their children, their [spouses], embassy personnel. It’s great. You get to know a different culture. You see a different background. It’s a very rewarding experience,” says Maleki. “DC is very diverse. There are a lot of female orthodontists, African American orthodontists, Hispanic orthodontists. I know that’s not the case in a lot of areas of the United States. There are towns where it’s not like that, but I would like to promote that as much as I can.”

Maleki’s career trajectory from orthodontic resident and practicing orthodontist, to AAO key contact and now AAO president, has been shaped by the relationships she’s cultivated along the way, and the love she has for the profession. But perhaps Maleki’s love for the profession may only be matched by her love for Washington, DC.

From its lush, tree-lined streets to its world-class museums, Maleki speaks of the city passionately. “I love DC. I really think it’s one of the most beautiful cities in the world.” That’s why she chose DC for the location of the AAO’s 2018 Annual Session. When the time comes for her to close-out her term as president, she’ll be able to do it from the city she loves—all while sharing its treasures with attendees.

“We’ve secured some really nice venues for the social events,” she shares. That includes Anderson House and the National Portrait Gallery, where the President’s Volunteer Appreciation Reception will be held among portraits of American presidents by renowned American painters like Gilbert Stuart.

But for now, the 2017 AAO Annual Session in San Diego and the beginning of her presidency await her. OP 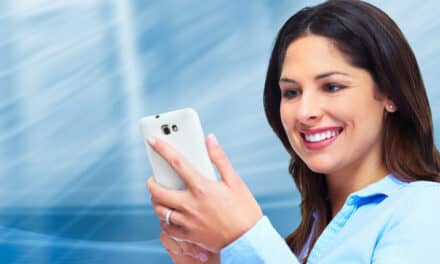 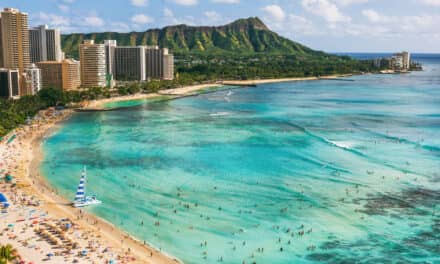