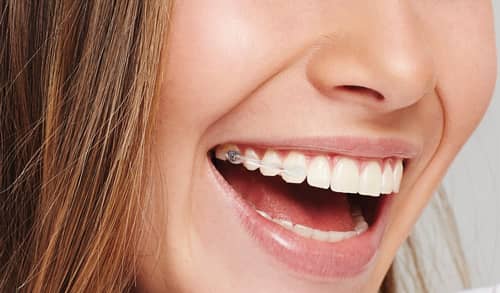 Patients’ demands are clear: They want aesthetic treatment. And that means clear options for all aspects of orthodontic treatment. The latest product to enter the aesthetic marketplace is the Carrière Motion 3D Clear Class II Appliance from Henry Schein Orthodontics.

When Luis Carrière, DDS, MSD, PhD, set out to translate his original Motion Class II Appliance into an aesthetic option, his mission was clear: Create an appliance that addresses the sagittal dimension for patients who want aesthetic treatment from beginning to end—just as the original appliance did. As Carrière sees it, the problem with aligners is that this type of technology is not designed to control that sagittal dimension on their own.

“The Motion 3D Appliance is based on balancing the face, balancing the harmony of the relationship between the nose, upper lip, lower lip, and chin. The objective of our approach is a global approach to treatment—facial, skeletal, and dental,” adds Carrière, whose practice is based in Barcelona, Spain.

As with the original Motion Class II Appliance, once the Class I platform has been achieved, clinicians and patients can expect the next stage of treatment to progress much more easily. Bracket placement and correction of the malocclusion are going to take less time and be more easily controlled because the sagittal dimension has already been tackled.

And this plays into use of any acceleration devices used during treatment. While devices like AcceleDent® (OrthoAccel Technology Inc) and Propel Orthodontics are designed to accelerate orthodontic treatment, Carrière contends “the only way out there to really dramatically cut the number of necessary aligners in orthodontic treatment is to use a combination of the Motion 3D Appliance and aligners.” Using Motion and aligners, Carrière points out that the clinician can control the sagittal dimension at the beginning of treatment. And then, once that is controlled, the clinician can complete treatment in a shorter period of time with aligners.

When Carrière created the original Class II Motion Appliance he designed it as a biomimetic appliance. He observed how human coxofemoral and scapulohumeral joints function and from there designed an appliance that mimics this hip ball-socket joint while controlling the sagittal dimension. The design of the single-part appliance gives the patient maximum freedom of movement, but simultaneously has built-in stops that allow molars to move directly to the clinician’s desired position. This prevents any unwanted over rotation or tipping. The result was an appliance that was effective at not only controlling the sagittal dimension but also with repositioning the mandible in relation to the maxilla. In addition, it provided an effective means of increasing a patient’s airway path.

With the success in Class II treatment, Carrière set out to reproduce these outcomes in Class III cases. Carrière has been extremely satisfied with the results. The Motion 3D Class III Appliance not only produced dramatic changes in the patient’s facial aspect, but it also produced satisfying correction of the sagittal relationship in Class III patients. This success provided clinicians and patients with an alternative to surgery.

Now with the Motion 3D Clear Class II Appliance, the goal is to create the same results in aesthetic treatment that were achieved with the original Motion Class II Appliance. Carrière is currently working with Henry Schein Orthodontics to create a Class III version of the Motion 3D Clear Appliance. Also in the works is the New Motion 3D Color Appliance Family, providing younger patients with six color options. This family of Motion 3D Appliances aims to give both the clinician and the patient control over treatment and how the appliance itself looks along the way. All the while, patients get exactly what they want: a beautiful smile. OP 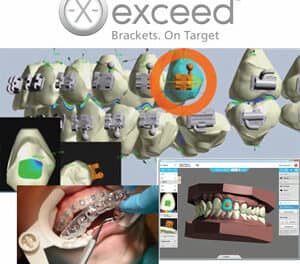