Rod Jakubik is one of a rare few men who can get away with telling a woman she has “a great set of fangs”—although it’s a comment he usually reserves for attendees at science fiction conventions. Jakubik, who has been in the dental and orthodontic appliance business for more than 25 years, became known as “The FangMaster” when he started making customized vampire fangs not long after opening his own dental lab in 1993.

His eponymous RFJ Dental Lab (Rod “FangMaster” Jakubik, that is) turns out scores of removable appliances each month, including dentures, partials, flippers, space maintainers, and retainers. The simplest and most common appliance Jakubik makes—the Hawley retainer—has always allowed him to take subtle creative license by customizing the acrylic palates: His personalized palates have included a zebra-stripe pattern and even an orange-and-purple homage to the Phoenix Suns, his local NBA team. These minor modifications to standard dental appliances eventually extended to creating the vampire-style fangs that have become his signature creation.

Jakubik explains the difference between “off-the-rack” costume shop fangs and his $85 custom pairs as only a film fanatic can: “Mine are like Hollywood,” he says. Indeed, they have been used by Hollywood: His fangmaking talents have been tapped for independent films, as well as for a number of television series, including “Sliders” and “Days of Our Lives,” for which he made a veritable dental wardrobe of fangs for an unfortunate character who was possessed by several demons.

Jakubik has also lent his skills to other styles of on-screen fake teeth, including hillbilly teeth, Klingon teeth, and an emaciated person’s mouth, to which he added fake bleeding gums. His work has been used in independent films such as Starved and The Pure, he has made teeth that were used in the model for the comic book Purgatory, and he has also created the dental wardrobe for a number of stage plays.

The 47-year-old explains his long-term fascination with sci-fi and special effects: “I’ve always been a movie buff, always,” he says, “and because of my love of film, especially horror and science fiction movies, I’ve always been into special effects.” Jakubik started making his own 8-mm films in the seventh grade, and bought his own Super 8 camera as a teenager.

He nominates the 1994 screen adaptation of author Anne Rice’s Interview With the Vampire as “one of the best vampire films ever made,” and gives hearty kudos to the Los Angeles-based Stan Winston special-effects studio (whose other credits include Edward Scissorhands, Terminator 2, and Batman Returns) for the impressive fangs worn by lead actors Tom Cruise, Brad Pitt, and a young Kirsten Dunst.

Jakubik offers ultimate credit for his Hollywood fang-making career to longtime friend Ted Rae, a special-effects supervisor who has worked on films including Any Given Sunday, The Passion of the Christ, and Beetlejuice. Soon after establishing his RFJ Dental Lab, Jakubik mentioned his success with Halloween vampire teeth to Rae, and this led to a series of special-effects gigs.

“I’d like to do nothing but FangMaster stuff,” says Jakubik of his sci-fi sideline, but, unlike Rae, he has no inclination to head to Los Angeles to pursue a Hollywood special-effects career. “I like it here in Arizona,” he explains.

His love of the Phoenix lifestyle—along with the fact that he enjoys what he does at the lab—keeps Jakubik in the dental-appliance business, and he’s also able to keep his finger on the pulse of potential FangMaster gigs via the Arizona Production Association, a nonprofit organization of Arizona-based industry professionals who work together to attract film and TV location shoots to their home state.

Fortunately, Jakubik’s meticulous attention to detail—like perfectly matching the wearer’s own tooth color, and fitting fangs like any other appliance—has helped him to build a core of loyal local clients. Some of them want fangs to go with their Goth look, although, according to Jakubik, the popularity of being Goth in Phoenix is waning. The FangMaster’s bread and butter, though, is a steady stream of customers who come to him for custom sets of Halloween and costume party teeth, which range from standard-issue vampire fangs to the dental accompaniments to mouse and snake costumes. Jakubik caters to serious Halloweeners who may be entering contests and are therefore willing to shell out a little extra money for the fearsome choppers that only the FangMaster can produce.

“In the fake teeth business, it helps to have a denture background,” says Jakubik.

With his hands-on approach and support from his wife, Tammy, who also works at the lab, Jakubik runs a lean operation, employing only two part-time staffers. “It’s one of the few businesses you can practically start out of your garage,” says Jakubik. He explains that most labs are small one- to two-person operations that produce the customized appliances that in-house orthodontic technicians aren’t set up to make. He says many orthodontic offices—wisely, in his opinion—are loath to subject their patients to the smell of acrylic, or are unable to deal properly with the significant ventilation that working with acrylic requires.

Jakubik regularly produces around 75 appliances per month, but in the lead-up to Halloween, he’ll take on as many as 25 custom costume teeth orders to keep his fang-making skills sharp. In the meantime, he and Tammy are working on a new Web site (www.thefangmaster.com) and are looking forward to another lucky year—their 13th—in the dental-appliance trade.

Anita D’Alessandro is a contributing writer for Orthodontic Products. 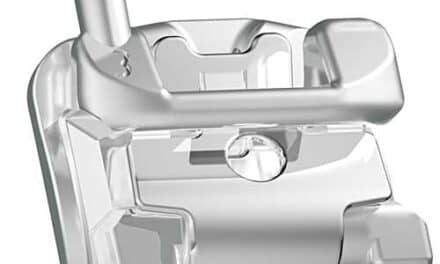