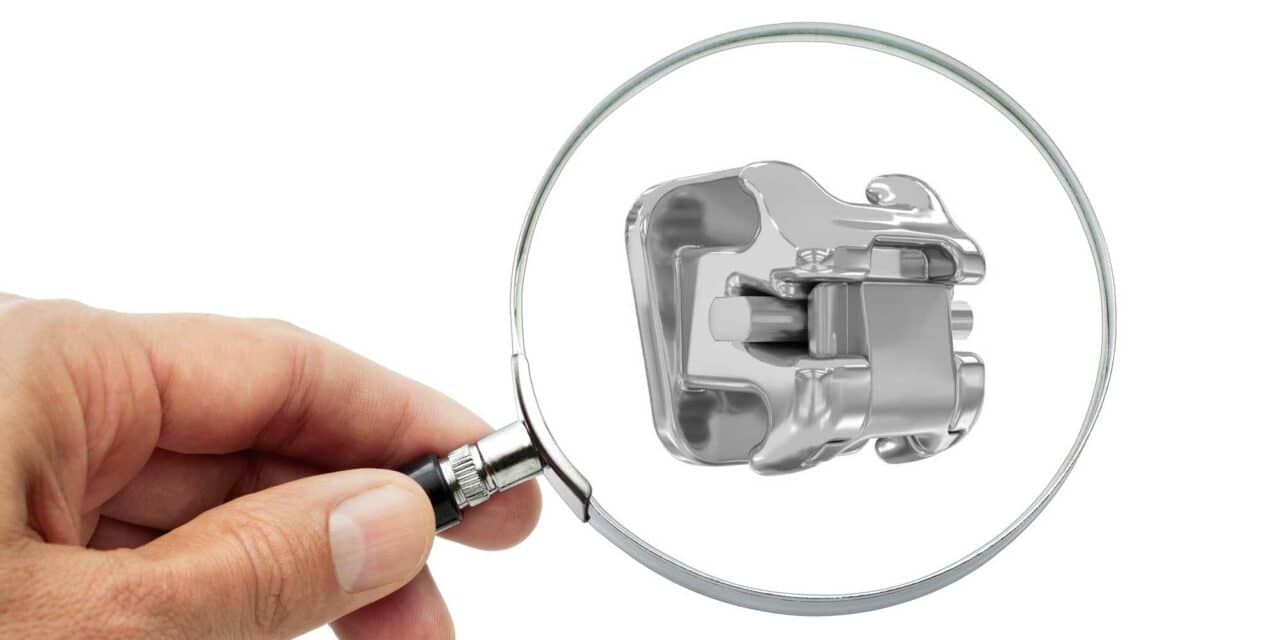 Orthodontic Products asked Thomas Barron, DDS, MS, an orthodontist in private practice in Timonium, Md, who is a member of the dean’s faculty in the department of orthodontics at the University of Maryland Dental School and a member of the Ormco Speaker’s Bureau, and Joe Glauberman, senior global product manager for Ormco Corp, to tell us more about the new Damon Ultima System, which features the company’s latest passive self-ligation bracket. The system reportedly features a fully reengineered bracket and wire integrated system, which together are designed to give orthodontists earlier and more precise control of rotation, angulation, and torque for more precise finishing.

Here, Glauberman and Barron explain what orthodontists can expect with this new treatment option.

Thomas Barron, DDS, MS: Dimensional play or “slop” at the wire/slot interface is inherent in all fixed appliance systems and particularly in passive self-ligating appliances. The Damon Ultima System has re-engineered cross-sectional shape of both the wire and bracket slot to virtually eliminate the dimensional slop at the bracket/wire interface following the initial round wire stages of treatment. As dimensional play is reduced, the ability of the wire to express the prescription of the bracket increases.

Joe Glauberman: Damon Ultima is an all-new orthodontic assembly built around a PSL bracket with a parallelogram shaped slot and a round sided-rectangular archwire. When engaged, this allows for two vertical and two horizontal contact points, eliminating slop and giving full control through all phases of treatment.

Barron: The novel cross-sectional shape of the hybrid round-sided rectangular wire has a buccal-lingual, or depth, dimension of 0.0275 compared to the 0.025 dimension of traditional rectangular wires. When engaged into the bracket with a 0.028 slot depth, the wire provides simultaneous point contact along the height of radius on its rounded side with the door of the bracket and base of the slot. This engagement in the buccal-lingual dimension significantly restricts the mesial-distal, or first order, freedom of rotation existent in traditional passive self-ligating appliances. Innovations in the manufacturing process allow for very tight tolerances in the fabrication of the wires and brackets that restrict the rotational freedom to a maximum of one degree.

OP: How does the Damon Ultima System allow for “earlier and precise control” of rotation, angulation, and torque? What features of the bracket and archwires make this possible and when in treatment is this new control coming into play?

Barron: Data from a ten doctor/133 consecutive case clinical trial of the Damon Ultima system showed that nearly 100% of the initial rotations were corrected at the conclusion of the 0.014 x 0.0275 round-sided rectangular copper NiTi (CN) wire stage on teeth with properly positioned brackets. Furthermore, the corrected rotations held throughout treatment irrespective of elastomeric chain usage and various intra-arch mechanics. Similarly, data showed that desired torque and angulation control were achieved at the conclusion of the 0.018 x 0.0275 CN stage of treatment.

Additionally, the simplified procline (higher torque) and retrocline (lower torque) anterior bracket options allow the clinician to select brackets in the treatment planning stage that can address individual teeth that require additional labial or lingual root torque, or to maintain torque control by mitigating the side effects of inter-arch mechanics that contribute to loss of torque control.

Moreover, the parallelogram slot geometry of the procline and retrocline Damon Ultima brackets allow, for the first time, level slot alignment when high, low and neutral torque brackets are placed on adjacent teeth, avoiding the related vertical discrepancies in tooth position that manifest early in the alignment stages.

OP: What are the efficiencies the orthodontist/practice can expect with this system?

Barron: Control earlier in treatment greatly reduces all the compensating behaviors such as wire bending to address first, second, and third order issues, which can produce indeterminately large forces on teeth and have reciprocal, unwanted side effects on adjacent teeth. Less compensation for lack of control is easier on the clinician and patient and ultimately equates to fewer appointments.

OP: How does the system’s design contribute to patient comfort?

Glauberman: The Damon Ultima System carries on the Damon legacy of biologically sensible low-force orthodontic treatment with utmost respect for the PDL that Dr Damon is responsible for creating high awareness for in the orthodontic industry. Damon Ultima System takes that next step by introducing a full-expression system, allowing clinicians the ability to fully express their prescription with an 0.018 x 0.275 CuNiTi archwire finishing with less manual interventions (wire bends and repositions).

OP: Why this system now?

Barron: Though passivity is the key to low friction and low force in PSL appliances, it poses control issues that require compensations to overcome contributing to increased treatment time and frustration for the clinician and patient. It has taken several decades and versions of the PSL system to provide gradual improvements. Innovations in manufacturing technology parallel to Dr Damon’s vision for a perfected PSL appliance have culminated in the Ultima System. The ultimate in tooth control and ease of use. Finally, PSL has achieved passivity with precise 3-dimensional control. OP