A look at the current state of orthodontic bracket bonding

Orthodontic bracket bonding has come a long way since the methyl methacrylate cements first used more than 30 years ago. For several years the industry standard has been the two-paste self-curing composite systems popularized by 3M’s Concise™ and Phase II® by Reliance Orthodontic Products. These are now giving way to light-cured systems.

Light-cured composites such as Unitek’s Transbond™, Ormco’s Blu Gloo®, and Reliance’s Pad Lock® offer the benefits of extended working time for bracket positioning and cleanup, as well as the ability to place the archwire immediately. The demand for aesthetics in orthodontics has reduced the bracket and base size, and in some cases resulted in a finer mesh pattern. The finer mesh can result in an increase in failure between the bracket base and the adhesive. Reliance has taken light-cured adhesives one step further with Pad Lock by formulating a material that offers not only a mechanical lock to the bracket’s mesh base, but also a chemical bond to the metal surface, which increases bond strength to the finest-screen mesh bases.

Flowable, light-cured, microhybrid composites such as Reliance’s FlowTain®, which is dispensed through a hypodermic needle-tipped syringe for precision control of the amount and position of the adhesive, are useful for the placement of Invisalign® attachments and archwire stops, and as an adhesive for indirect bonding.

No matter what adhesive the orthodontist uses or how it is cured, decalcification is a problem. There have been many suggestions to solve the problem, but none has been totally successful. Fluoride-releasing composites, fluoride varnishes, and fluoride treatments have all failed due to either lack of patient cooperation or dissipation of fluoride release. The only solution not requiring patient cooperation that has proven successful is to place on the enamel surface a clear, protective layer that will not break down in the presence of oral fluids, abrasive foods, and carbonated beverages. The problem with orthodontic sealants and pit-and-fissure sealants is that when they are cured, no matter how long they are cured, there is an oxygen-inhibited surface layer, which means there is porosity in the resin layer, allowing for the penetration of oral fluids and causing the sealant to break down and wear prematurely.

In 2004, Reliance Orthodontics introduced Pro Seal®, a light-cured, fluoride-releasing, filled sealant with a proprietary catalyst. This catalyst allows for the complete polymerization of the Pro-Seal without an oxygen-inhibited layer, and consequently no porosity. All other current and previous sealants use camphorquinone as a catalyst and therefore are subject to oxygen inhibition. Because there is no porosity in properly cured Pro-Seal, the oral fluids cannot penetrate and reach the enamel. In essence, you are placing a clear plastic protective layer on the enamel surface.

Wei Hu at the University of California, San Francisco, performed a toothbrush-abrasion and enamel-demineralization study comparing Pro-Seal, a fluoride varnish, and a conventional unfilled sealant, and concluded that Pro-Seal had significantly less demineralization than the other groups.1 The Medical College of Georgia performed a toothbrush abrasion study on Pro-Seal and concluded that after simulated tooth brushing for 36 months, there were no remarkable differences in resin thickness as a result of wear caused by brushing when compared with an unbrushed side of the same tooth.2 These studies are, of course, in vitro, a good barometer, but not in vivo, which can produce different results. It has been my experience over the past 3 years that decalcification has been virtually nonexistent in poor-hygiene patients treated with Pro-Seal, which can be applied to the whole etched facial tooth surface and then be light-cured. You can then apply a bracket with any light- or chemical-cured paste without additional primers. Some offices may elect to initially strap up their cases without Pro-Seal, then at the first recall appointment etch the enamel again and place the Pro-Seal around the bracket base.

Light-cured sealants and adhesives have become more popular as the lights to cure them have become stronger in curing intensity and become truly portable. The most recent advance has been in the development of the light-emitting diode light (LED). The LED light actually is composed of several diodes that replace the halogen light bulb and offer the advantages of portability with no cords to trip over, flexibility to use the light at several different chairs, and economy since there is no bulb to replace. A halogen light source uses a bulb that has a useful curing life of about 50 hours. Diodes used in LED lights have a life of between 5,000 and 10,000 hours.

There are some terms the orthodontist and staff should be familiar with when considering a LED light:

Take care when purchasing a LED light for orthodontic use. The average orthodontist will cure a minimum of 10 brackets for at least 10 seconds each at an initial strapup. This will produce heat, which means the light of choice should have a built-in fan to keep the mechanism cool and prevent interruption of service. The diodes available today are very intense, and the light you choose should have an intensity of at least 1,000 mW. You should physically handle the light before purchasing it. Take the light you are considering, illuminate it for 3 minutes, check the intensity on a digital radiometer, and feel the handle to be sure the light does not heat up to the point of discomfort for the user.

In this age in which we consolidate as many steps as we can in accomplishing a task, it seems only logical that the next step in bonding is to try to consolidate the etch, rinse, and sealant process into one step. This would be time- as well as cost-effective. Shampoos have both shampoo and conditioner in one; toothpastes have everything from whiteners to mouthwashes in them. It’s only a natural progression that orthodontists should want to have an acid etch, a rinse, and a primer incorporated into one product. So it is that we have seen the evolution of these self-etching primer solutions (SEPs) over the past few years. But are they as effective as conventional two-step products? And are they easy to use?

The major players in the SEP field are 3M Unitek with Transbond Plus™ Self-Etching Primer and Reliance Orthodontic Products experimental One Step Etch-Primer. Essentially, these products consist of two components: an acid etch and a monomer primer.

Aside from a chemical-composition difference, the two SEPs differ in their mode of delivery. The Unitek System, also called L Pop™ for its similarity to a lollipop, is comprised of three small, bubble-like pods. The first two contain the two main chemical components, which are folded on top of each other and then are forced into the third pod, which serves as a mixing well. This last pod contains a plastic, sponge-tipped applicator, which is used to deliver the mixed product to the tooth. You rub the tooth for 5 seconds, then deliver a burst of air to blow away the etch and dry the primer before the bracket is applied.

The critical step in the delivery of the SEP is the proper mixture of the two components, because an exact amount of each component must be used to ensure a proper chemical reaction. Recently, Unitek has tried to ensure a more consistent mix by introducing a plastic, roller-type squeegee to completely compress each pod and express all the solutions into the third pod.

Reliance will offer its SEP in a device that resembles a retractable ballpoint pen. The solutions are loaded into the dispenser in a twin-barreled cartridge. This cartridge holds enough material for more than 75 mixes. One end of the dispenser has a retractable, clicker-type plunger, which, when depressed, dispenses an exact amount of each of the two chemical components through two nozzles into a mixing well. The two components are then mixed with a sponge-tipped, plastic applicator and delivered to the tooth. Reliance’s mixing well has an opaque shield that can be slid over the mixing well to prevent evaporation of the SEP, allowing it to be used on several teeth over the course of the day.

This system also requires you to rub the material into the tooth for 5 seconds, then deliver two bursts of air to drive off the excess etchant and dry the primer. The bracket can then be placed. Both the Reliance system and TransBond™ require the use of a light-cured adhesive paste system.

The shear bond strengths of these self-etching primers have been shown to be similar, yet not as consistent as standard 37% phosphoric acid.4 In our office, this is not a factor in bonding brackets to anterior teeth, which require less bond strength; however, it is a factor for posterior teeth, which are subject to greater masticatory forces. There is a place for these SEPs, though, even though their bond strengths are not consistently up to those of phosphoric acid. These include their use on the emotionally challenged patient where the taste of the acid etch could provoke a negative patient response; bonding porcelain brackets to anterior teeth, where enamel damage upon debonding is a concern; and using SEPs instead of polyacrylic acid as an enamel conditioner when using Fuji Ortho LC® in a wet field. Finally, SEPs can increase the bond strength when cementing molar bands with light-cured band cements when high-stress appliances such as expanders and headgears are used.

In all cases of bonding, no matter whether the teeth are acid-etched or conditioned with SEPs, bond strength can be increased with the use of adhesion-boosting products. Such products include Ormco’s Ortho Solo®, Reliance Assure® Universal Bonding Resin, or Enhance® Adhesion Booster. Fluorosed, hypocalcified, or saliva-contaminated enamel surfaces produce inconsistent results when conditioned with phosphoric acid or SEPs. These are all indications for use of the aforementioned bond-enhancing agents.

We have come a long way since the advent of methyl methacrylate cements, especially in the areas of reducing decalcification and bonding to difficult surfaces, but we still have a way to go before we are completely satisfied with our bracket-bonding systems. Perhaps soon we will have an adhesive that works in a wet field without etching and can be chemically dissolved for easy bracket removal. Several of these ideas are a work in progress, and it will only be a matter of time before today’s bonding systems are obsolete.

Robert J. Gange, DDS, MS, maintains private practices in Windsor and Vernon, Conn. He is a Diplomate of the American Board of Orthodontics and a clinical professor in the orthodontic department at the University of Connecticut, as well as an orthodontic instructor for the Hartford Hospital General Residency Program. He has lectured at NESO meetings, has published in the Journal of Clinical Orthodontics, and is an active member of the Central Connecticut Orthodontic Study Group. He can be reached at 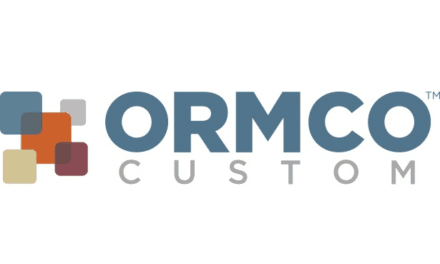 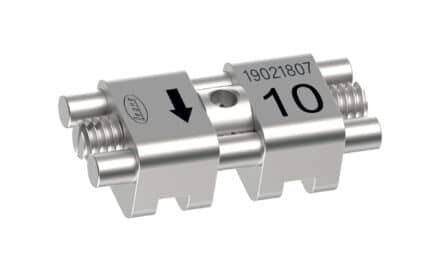