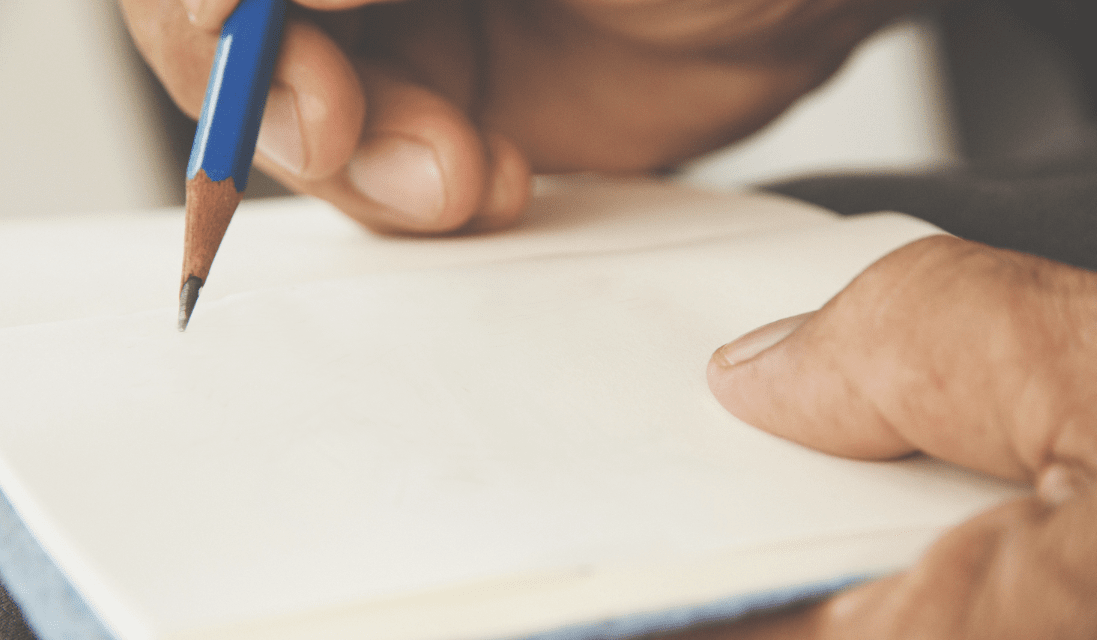 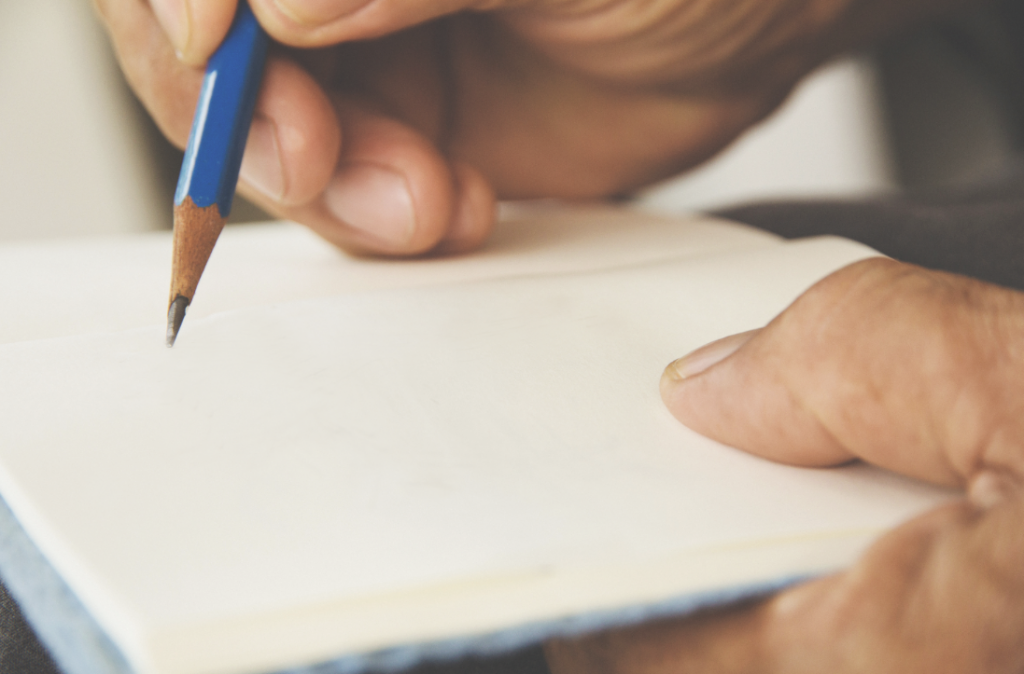 As orthodontists, we all strive to create amazing smiles in a timely fashion. Our thirst for the best orthodontic product to achieve our goals is endless. The excitement of implementing the greatest new invention in our practice may rival that of a child on Christmas morning. Utilizing our new tool, we laud its praises while at the same time ponder if there is a way to make it even more beneficial. 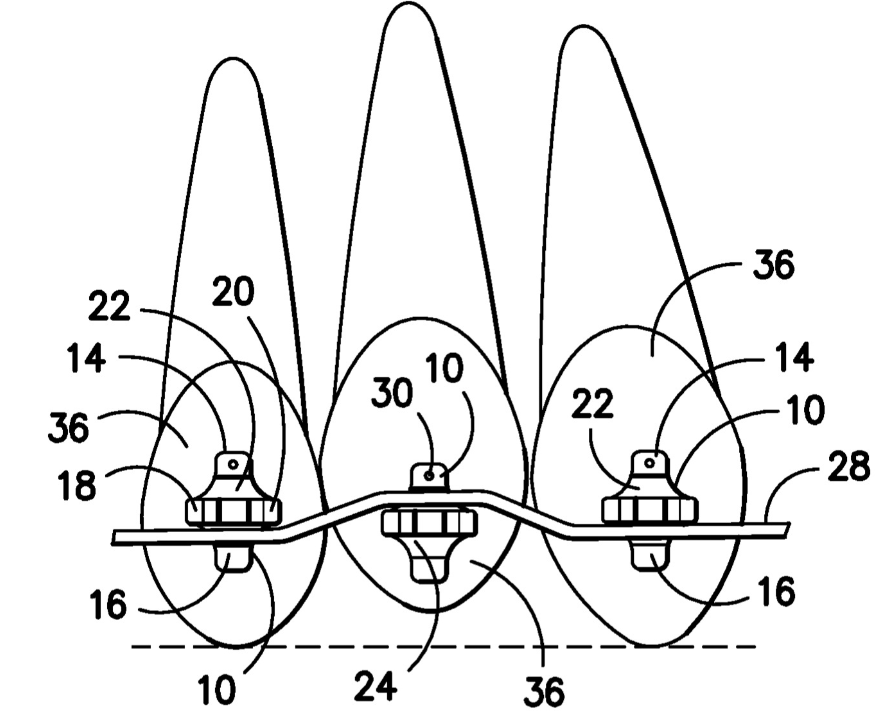 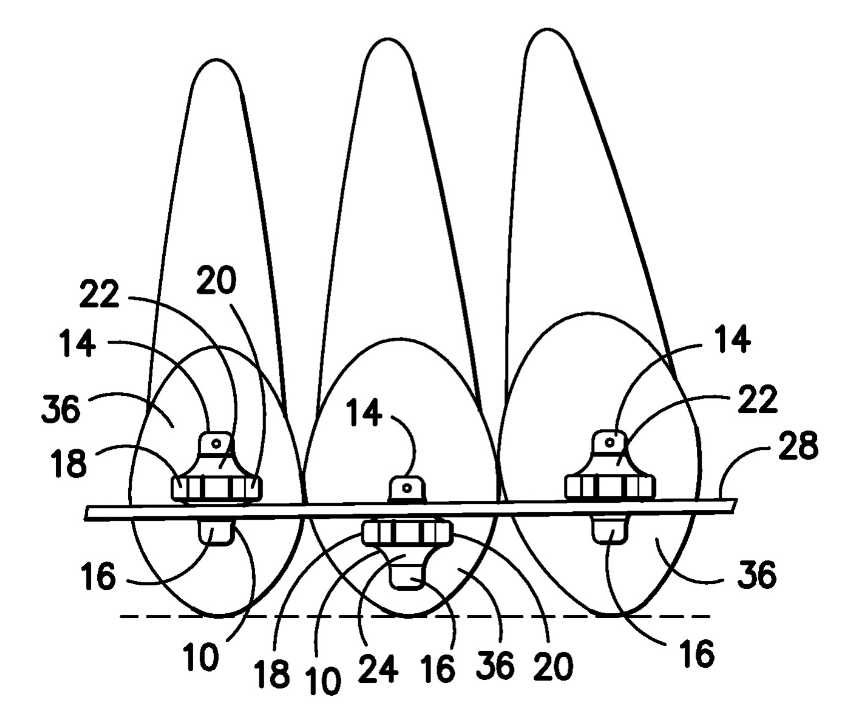 (Figure 2)
Figures 1 and 2: The dual-slot bracket is designed to allow for second-order detailing and finishing utilizing a NiTi archwire while eliminating the need for repositioning of brackets or step bends.

That’s where my journey started to materialize 4 years ago. I was critiquing my cases for the upcoming American Board of Orthodontics Diplomate recertification, noting marginal ridge discrepancies, root angulation irregularities, and incisor inclinations that did not meet my treatment goals despite sometimes-exhaustive measures. It was then that the orthodontic light bulb began to brighten. Our specialty needs a new bracket paradigm that is engineered for exemplary results. With this mind-set, my new bracket was conceived. I envisioned an orthodontic bracket system that would allow ABO-quality treatment results every time without the detailing and finishing nuances that oftentimes steal our thunder. Sounds like a noble crusade for a dreamer. 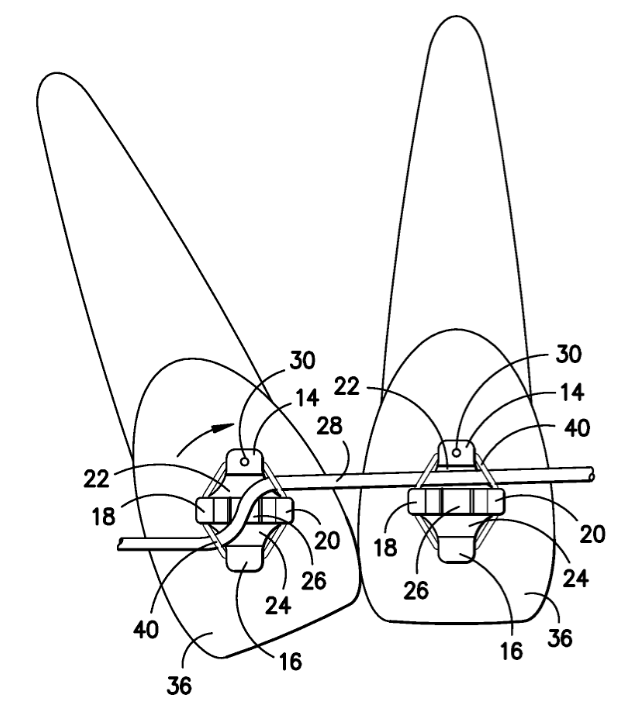 Figure 3: Root angulation problems can be addressed with selective archwire placement—applying the equivalent of a Z-bend without making the bend.

With the aid of my favorite mechanical pencil, I sketched images of unusual bracket configurations that would provide the advantages that current systems lacked. I was “brain-storming” for an entire year. As if I were back in high school art class, I molded clay into large-scale versions of the new bracket. My new bracket would exhibit two archwire slots while being no larger than a twin bracket. The dual-slot bracket would allow for second order detailing and finishing utilizing a NiTi archwire while eliminating the need for repositioning of brackets or step bends (Figures 1 and 2). Marginal ridge discrepancies could be corrected with ease. Root angulation problems could be addressed with selective archwire placement, thereby applying the equivalent of a Z-bend without actually making a Z-bend (Figure 3).

In the dual-slot bracket system, two archwire slots would allow for two distinct torque values in the same bracket, therefore having both an extraction prescription and a nonextraction prescription in the same bracket (Figure 4). For cases like a Class II Division 2 malocclusion that require increased torque of the maxillary incisors, the extra torque would be available in the incisal slot without the need for third-order wire modification; whereas the gingival slot of the bracket would provide a decreased torque value that may be needed in cases like a high-angle open-bite malocclusion. 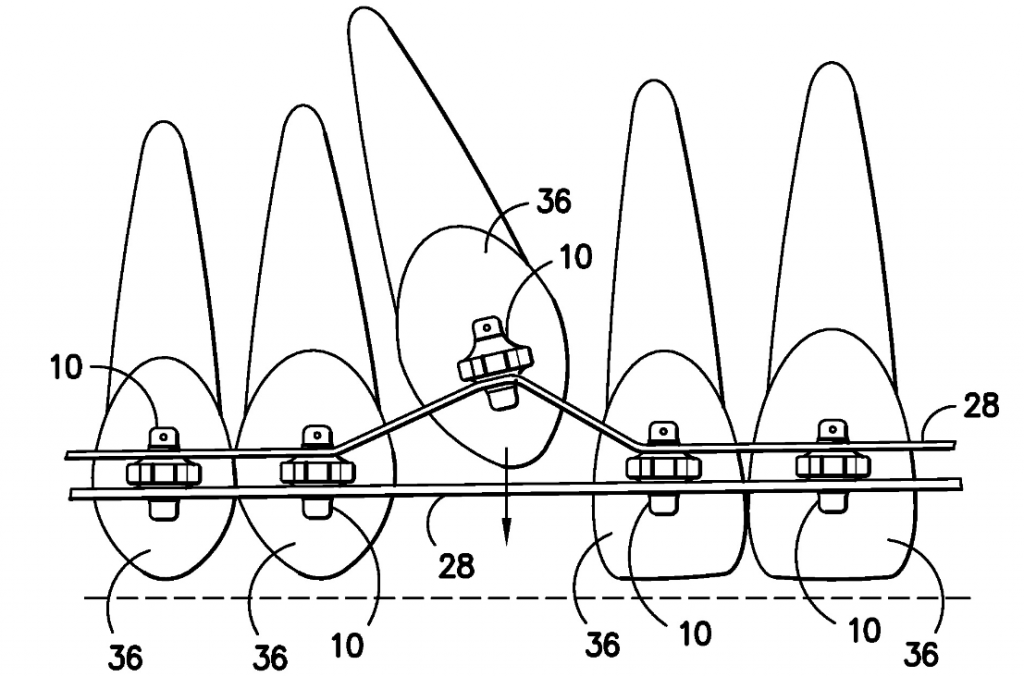 The bracket system would allow two archwires to be utilized at the same treatment interval without the need of piggybacking, as in incidences of canine impactions (Figure 5). This ensures that the arch is not distorted while actively erupting the impacted tooth. In addition, the versatile bracket would allow for the placement of two archwires per arch. Imagine the effective alignment that is produced by two maxillary .016″ NiTi archwires used simultaneously, one in the gingival slots and one in the incisal slots. 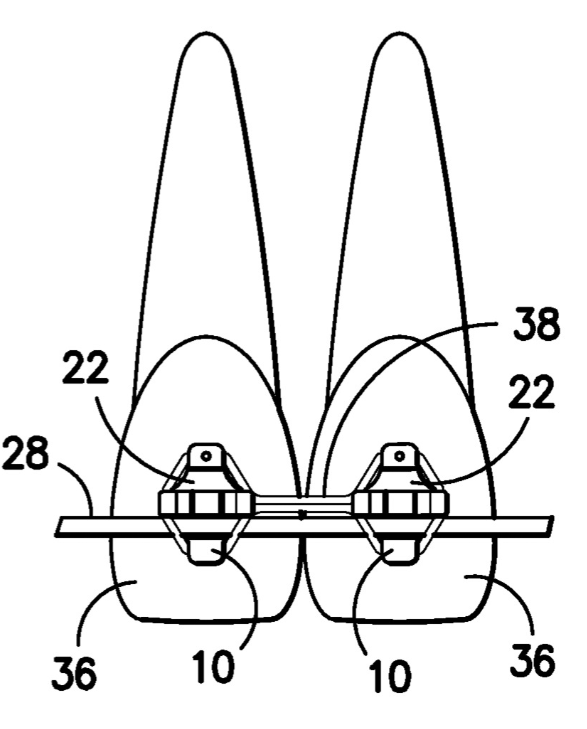 Figure 6: This bracket is designed to accommodate one .022″ slot and one .018″ for the Bioprogressive clinician or a dual .022″ or dual .018″ slots. The friction between the interbracket wire segment and power chain is eliminated, as the power chain does not touch the interbracket segment of wire.

The new bracket may exhibit one .022″ slot and one .018″ slot in the same bracket for the Bioprogressive practitioner, or it may be dual .022″ or dual .018″ slotted. The friction created between the interbracket wire segment and power chain is totally eliminated, as the power chain does not touch the interbracket segment of wire (Figure 6). For me, the advantages of the system were numerous and exciting. My new bracket was now ready for the next phase.

It just so happened that my fellow classmate from undergrad, Tom Moses, was a local patent attorney. Twenty years had passed since I had seen him last. So I gave him a call to set up a consultation. At our first meeting, I described what made my bracket different from the others. He understood the significance of the new bracket and agreed that it should be patent-protected. The first step in the patent process was for the attorney to conduct a patent search. The goal was to see if the new bracket was similar to any prior invention.

At our second meeting, my patent attorney presented his findings from the patent search. One by one, we analyzed previous patents dating back to the 1950s—each one clearly not resembling the new bracket in form or function. Now, we were ready to create a patent application. A computer-aided design (CAD) artist turned my drawings into more technical images for the patent application. The patent attorney underwent a “crash course” in orthodontics. He had to see what I envisioned orthodontically and put that into legalese that would accurately describe the new bracket and thoroughly outline the claims of the new invention.

A year and a half after the submission of the patent application, we received what is called an Office Action from the US Patent and Trademark Office. This meant that some minor revisions would be needed in order for the patent to be approved. These changes were made, and the modifications were submitted. After our Supplemental Response and Amendment, we received the good news that the patent was scheduled to issue in 4 months. 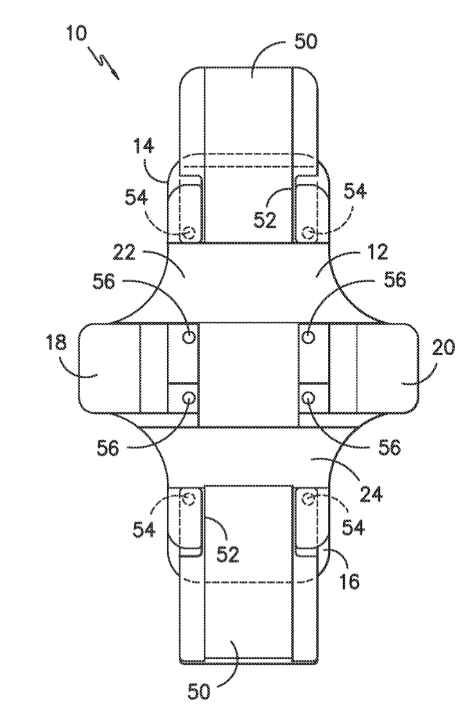 Figure 7: Building on the initial patent design, a self-ligating dual slot bracket was designed and a second patent granted.

My patent attorney informed me that prior to the issuance of the patent, we could file a Continuation-in-Part for any further variations of the bracket. The natural evolution of the bracket was a self-ligating version of the dual-slot bracket system. So, there I was again with my favorite mechanical pencil, ready to complete the task at hand. One year following the submission of the Continuation-in-Part application outlining the self-ligating dual slot bracket (Figure 7), a second patent was granted.

Soon after the news that the first patent would be awarded, I began the process of looking for a company to produce the Johnston Bracket System. I emailed and called prospective companies. Prior to the actual issue date of the patent, I traveled to the first manufacturer that expressed interest. As is customary, a non-disclosure agreement was signed. While the meeting was promising, it ultimately did not result in an agreement to manufacture. Their main concern was the anticipated size of the bracket. I explained that the prototype was no larger than a twin bracket. The inciso-gingival length of the bracket will naturally be longer than a twin as there are two archwire slots. However, the mesio-distal width would be less than a twin bracket.

Still, I’ve carried on, meeting with other manufacturers. When it comes to manufacturing considerations, there are several manufacturing processes to consider. For example, if the bracket is metal injection-molded (MIM), the molds alone could cost as much as $600,000. With that said, I still anticipate that the first brackets will be machined. One thing I’ve kept in mind throughout is that the manufacturing process itself is not the only consideration I have to make to see my product succeed. I know that the ideal manufacturing company would have a strong marketing department to effectively market my bracket system.

In the end, this is a journey. It has been 4 years since my first sketch of the precursors of my bracket system. I continue to contact company presidents, product development engineers, and even our local sales reps with the aim of getting my new bracket on the production line.

As orthodontists, we expect success in all aspects of our life. We are determined to attain the best. For my colleagues out there who have a grand new idea and the drive to pursue your invention to fruition, break out your favorite mechanical pencil and begin. OP

Michael S. Johnston, DMD, MS, is a practicing orthodontist with offices in Greer, SC, and Tryon, NC. He received his Doctor of Dental Medicine degree from the Medical University of South Carolina. He completed his orthodontic training at West Virginia University, receiving a Master of Science degree in Orthodontics and a Certificate in Orthodontics. Johnston is certified as a Diplomate of the American Board of Orthodontics. He can be reached at [email protected] 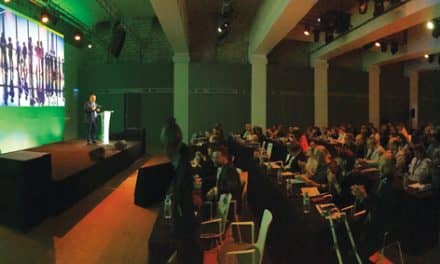