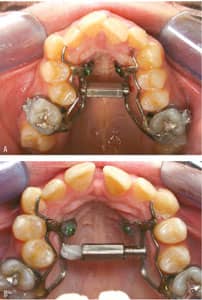 Figure 1: (a) TSAD Expansion appliance (non-cap style) in place prior to expansion. This design uses TSADs placed in the pre-maxilla. (b) TSAD Expansion appliance (non-cap style) after expansion. Note the composite in place to prevent post-expansion relapse.This article aims to illustrate the use of? temporary skeletal fixation in combination with bilateral and unilateral expansion appliances. An appliance that utilizes properly placed skeletal attachments
is better able to exert a force near the center of resistance of the alveolar processes of the maxillary bone, resulting in more horizontal separation of the mid-palatal suture and less dental tipping.

The advent of rapid maxillary expansion (RME) as developed by Andrew J. Haas, DDS, allowed clinicians the ability to resolve posterior crossbites and improve archform by separating the mid-palatal suture.?Haas’s appliance not only had a? mid-sagittal jackscrew, which provided the force to separate the maxilla, but it also incorporated acrylic that is in contact with the keratinized gingiva of the palate. The purpose of the acrylic is to not only provide a force to the crowns of the teeth, but also to distribute that force along the alveolus and palatal vault nearer the center of resistance of the maxilla. This was in an effort to maximize horizontal separation of the maxilla, thereby limiting the tipping of the alveolus and teeth during the expansion phase.

A complication of this design is that tissue necrosis often occurs due to the pressure of the acrylic portion of the appliance on the tissue. Because of this potential complication, many? clinicians have migrated away from using the Haas appliance to a Hyrax-type appliance. The Hyrax appliance only exerts a force on the crowns of the teeth. This can result in more buccal tipping not only of the teeth but also of the alveolar processes. This type of expansion can thus lead to a less stable situation (ie, more relapse) and potentially contribute to the development of an open bite.

The placement location and direction of force dictate the appliance design to a large degree. In patients with unerupted or? partially erupted canines, the ?premaxilla is the area of ?choice for the placement of ?temporary skeletal anchorage devices (TSADs). Placement in this location allows the direction of the force to be approximately perpendicular to the long axis of the TSAD. In addition, a cap is not needed in the appliance design because of the perpendicular nature of force (figures 1a and 1b). 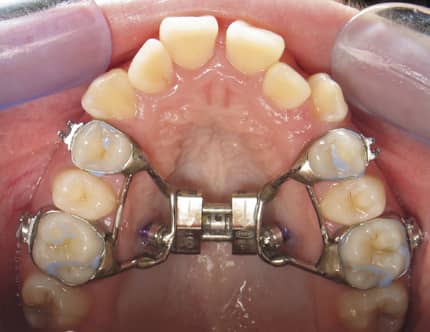 Figure 2: TSAD Expansion Appliance (cap style). Notice the force application approximating the long axis of the TSAD. Another TSAD placement location is in the palatal alveolus just mesial to the palatal root of the maxillary first molars. When placing TSADs in this location, they should be placed as superior in the vault of the palate as possible without penetrating the nasal cavity. Placing them in this area approximates the center of resistance of the maxilla. In this design, the force is directed along the long axis of the TSAD. Whenever a force directed along the long axis is used, a cap is needed on the appliance, as illustrated in figure 2. An approximate 1 mm of relief is needed between the cap and the TSAD to allow for the insertion of the appliance. When the appliance is activated, the caps will then engage the TSADs and expansion will occur. See figures 1a, 1b, 3a, and 3b to compare the cap versus non-cap designs and placement locations.

Figure 3: (a) TSAD Expansion appliance (cap style) before expansion. (b) TSAD Expansion appliance (cap style) after expansion.A third option is to place four TSADs—two in the premaxilla and two in the posterior maxillary alveolus, as seen in figures 4a and 4b. This would be the appliance of choice for a patient in the late teens due to the increase in force necessary to separate the mid-palatal suture.

Once the decision to use TSADs is made, the following protocol should be observed:

Visit 2: Fit bands. After bands have been fitted, an impression is taken and bands are removed and positioned in the impression to be poured in plaster. Once set, the exact placement location is marked with a pencil on the stone model and a small-diameter hole is drilled into the model exactly where the TSADs are to be placed. A larger hole is then bored approximating the depth of the soft tissue in the area of placement. This allows the base of the TSAD to be placed in the cortical bone, thereby increasing stability. TSADs that have been removed from a prior patient and sterilized are then inserted into the drilled holes in the model. This model is then sent to the lab for the construction of the appliance.

Note: Prior to TSAD placement, the clinician should do their due diligence in the selection of location for the TSAD. When planning the placement of TSADs, the use of ?limited-field-of-view CBCT DICOM images is the radiograph of choice. DICOM ?images allow the clinician to visualize the ?roots in all three planes of space and all other anatomical structures prior to placement, including cortical bone thickness, keratinized tissue thickness, sinus location and morphology, etc. However, a panoramic radiograph can be used if CBCT is not readily available.

The patient and/or parent should be instructed to turn the appliance twice in the morning and twice in the evening. The patient will return to the clinic weekly until the desired amount of expansion is acquired.

After the desired expansion has been completed, composite is used to cement the jackscrew to prevent postexpansion relapse. At this point, the appliance remains in place for 6 months prior to removal.

Incorporating TSADs in RME appliances offers several advantages over the traditional Haas and Hyrax appliance. It is more hygienic than utilizing the Hass appliance because there is no acrylic incorporated into the design. The use of TSADs also allows the expansion to take place in a more horizontal direction since the force is directed closer to the center of resistance of the maxilla. This helps minimize the tipping of the teeth and/or the bending effect of the alveolus that often happens with the Hyrax type of appliance. A third benefit is the increase in the nasal volume and therefore the potential increase in the amount of air flowing through the nasal cavity.

These types of appliances should be utilized by clinicians with considerable experience with TSADs. The TSADs must not only be placed in the proper location, but must also be placed with proper protocol. The type and design of these devices when used for expansion anchorage is also important.

The specialty of orthodontics has undergone considerable change in the last 10 years. It is our opinion that skeletal devices—like the ones illustrated in this article—should be placed by the orthodontist. And this means that as the specialty continues to change, the training of the clinicians entering the specialty must also change. Orthodontic education must keep pace with the advancements that are being made. It is therefore the role of the orthodontist with this type of experience to make themselves available to program directors so that future residents may get the experience needed to grow with the specialty. OP 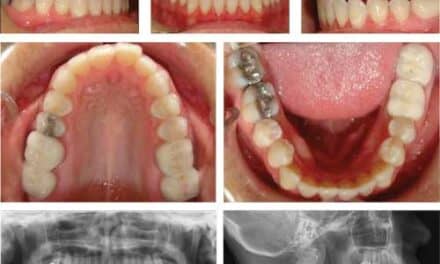 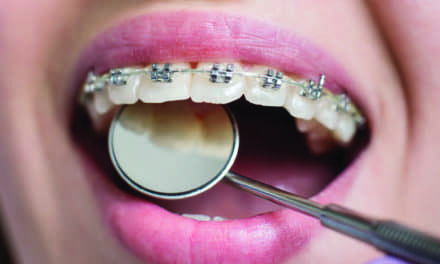