The Journal of Clinical Orthodontics (JCO) has named Krystian Jarosz, DDS, of Rutgers University, the inaugural winner of the Eugene L. Gottlieb JCO Student of the Year Award, presented by Sheboygan, Wis-based American Orthodontics. Jarosz will receive more than $8,000 worth of materials and travel from American Orthodontics, JCO, and Dolphin Imaging & Management Solutions. The award will be presented at the American Association of Orthodontists Annual Conference in Orlando, Fla, in April.

“I feel incredibly honored to be selected,” Jarosz said. “This accomplishment is a testament to all of the orthodontic faculty at Rutgers. I am blessed to have been surrounded by such talented individuals from whom I have learned so much. I also thank my wife, Maria, as well as my parents Bohdan and Dorota, for their unwavering support throughout my educational endeavors of becoming an orthodontist. Lastly, congratulations to all the finalists who were selected as candidates for this prestigious award. I hope for all of our careers to be filled with promise, excitement, and continued involvement in the advancement of our wonderful specialty.”

Jarosz was selected from a group of 16 other students from schools around the United States, in a competition judged by members of the JCO editorial board.

Born in Poland, Jarosz emigrated to the United States with his family at the age of 7. His interest in orthodontics grew from his own experience in being treated at Rutgers.

The Student of the Year competition grew out of JCO’s central mission to focus on the clinical side of orthodontics. “We believed there was a gap in student recognition,” said JCO’s Editor, Robert Keim, DDS, EDD, PhD. “Almost all of the awards are for research, which is of course important, but no one was rewarding clinical excellence. We thought we were the perfect vehicle to address the gap. And we could think of no better way to honor the legacy of our founding editor, Dr Eugene L. Gottlieb, than to name the award after him.”

The Student of the Year competition was held in two stages. Any orthodontic department in the United States was allowed to nominate one current student. Each nominee submitted a complete case report, two letters of recommendation, and a personal essay. Three JCO editorial board members whittled the 17 nominees down to 12 finalists in November.

Each of the finalists was then given the materials from an unpublished case and asked to write a complete treatment plan, including all possible alternatives, within a 2-week time frame. A wider group of JCO board members voted for the winner. Moderated by Keim, the judging panel included Gayle Glenn, DDS, MSD, PA, of Dallas, Tex; John Graham, DDS, MD, of Salt Lake City, Utah; Neal Kravitz, DMD, MS, of South Riding, Va; Ronald Redmond, DDS, of San Clemente, Calif; Sarah Shoaf, DDS, Med, MS, PC, of Winston-Salem, NC; and Peter Sinclair of Los Angeles.

“I am thrilled with the results,” said Keim. “Our judges were impressed by the quality of the submissions we received, and I am proud to have Dr Jarosz represent us and the orthodontic community as the first winner of the award. Our specialty’s future is in good hands.”

Gottlieb, who founded JCO in 1967, added, “I am honored that JCO established the Student of the Year award in my name, and I want to congratulate Krystian Jarosz as the first winner. I anticipate that he will pursue a distinguished career in orthodontics and set the tone for future JCO Students of the Year.” 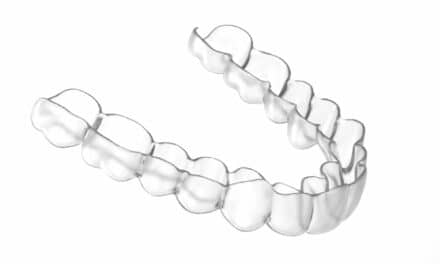