Take a Bite Out of Turnaround Time 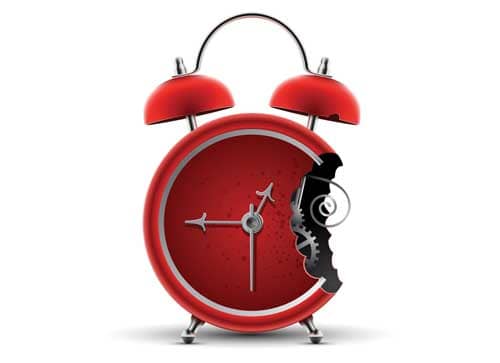 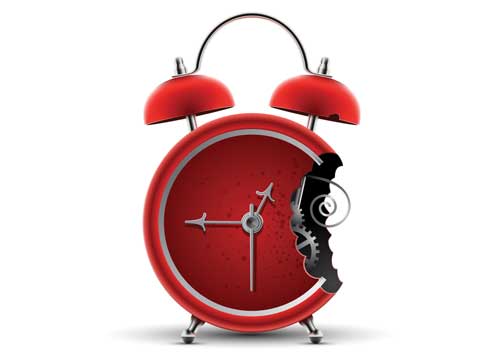 We did it with coffee, weather reports, background checks, and photography—teaching us that if it isn’t instant yet, just give it time.

Imagine being completely fitted with an orthodontic appliance in one appointment? Well, that time has come; the future is here. Thanks to 3D printing system technology, oral scanning, and CAD/CAM design, orthodontists can now take digital designs to the production stage and accurately and rapidly turn out a full range of orthodontic appliances right in the office. In addition, the systems accelerate production times by creating models digitally instead of manually and enabling practitioners to store models digitally, thus eliminating the need to keep bulky models cluttering up their shelves.

Practices across the country are adopting this revolutionary technology. Creating physical objects directly from digital data via 3D CAD designs enables clinicians to go directly from on-screen prototype to in-hand finished product quickly and affordably. These systems range from desktop printers to large, advanced production systems. The workflow is pretty simple: A practitioner scans a patient’s mouth, extracts data from that image via computer to plan an appliance in 3D, then sends a highly detailed model to the printer, which forms the finished product. 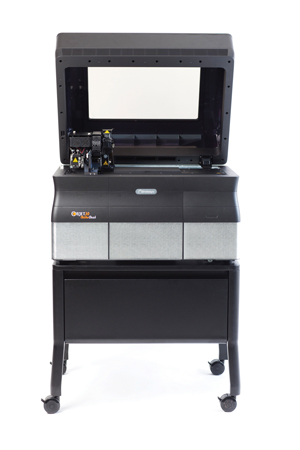 The Stratasys Objet30 Orthodesk model is powered by PolyJet technology and weighs only 205 pounds.

Meanwhile, PolyJet technology allows printing in a wide range of materials and delivers 16-micron-layer resolution with accuracy as high as 0.1 mm. It employs an inkjet-style method to build parts from liquid photopolymers in fine droplets, which are immediately cured with ultraviolet light. WDM then produces detailed wax-ups used for investment casting and is used exclusively for crowns and bridges.

The printer builds smooth, detailed casting wax-ups by jetting droplets of a wax-like material called TrueWax onto a build tray. In areas where overhanging shapes and complex geometries require support during production, the printer deposits a removable wax blend called TrueSupport. During imaging, a dental scanner or CAD program generates a high-resolution 3D image to be exported as an STL file and prepared for printing.

Once the model has printed, users of Stratasys’ printers can fabricate custom orthodontic appliances like this mouthguard.

In October 2014, Scott C. Schwartz, DDS, and Christopher Paladino, DDS, of North Babylon, NY, adopted the Stratasys system into their well-established practice of 22 years. They both are passionate about their work and believe that transforming a patient’s smile does wonders for his or her self-esteem. Committed to providing patients with the best care available, the team stays current with the latest available technologies. Their practice chose the Stratasys Objet30 model, which is powered by PolyJet technology and weighs only 205 pounds—ideal for smaller spaces. The machine measures 32.28 × 24.4 × 23.22 inches, with a tray size of 11.81 × 7.87 × 5.9 inches.

“We love the Stratasys system,” Schwartz says. “The parents are impressed with its speed, and the kids think it’s cool. I find that the retainer made by the system offers a more accurate fit and that the minimal number of impressions cuts down on patient anxiety. If the patient loses or breaks an appliance, it’s super easy to reprint the model. Basically, there’s nothing I don’t like about the technology.” 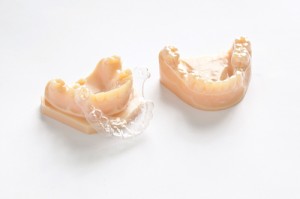 Resin models, printed with the Stratasys Objet30, are used to fabricate appliances, clear aligners, and retainers.

Schwartz also recommends that you make sure you have enough space to fit the printer, the workstation, and the power washing station, which do take up some room. In addition, he advises taking the time to thoroughly train your staff on how to prepare scans for printing. He says that he enjoys printing retainers directly and not having to deal with a lab. He also regularly prints trays for indirect bonding, fits and picks scans for appliances needing bands, and makes surgical splints for patients requiring orthognathic surgery.

“The thing everyone is so excited about with this technology is the speed in which an appliance can be made. With appliances being made in-house, it eliminates the need for multiple appointments, and in this busy day and age, that’s a good thing,” Schwartz says. “It enables us to eliminate the hold-up of manual modeling and grow the business.” 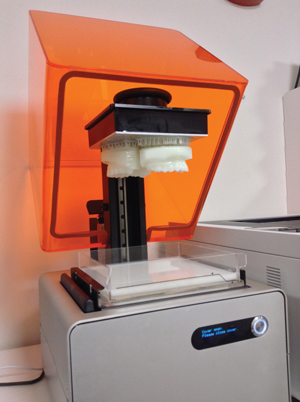 In 2011, a group of MIT students founded Formlabs in Somerville, Mass, and entered the 3D printing marketplace. Their Form 1+ high-resolution printer does not need calibration and can be set up and printing in as little as 15 minutes, according to the company. This printer utilizes stereolithography technology, which differs from plastic extrusion printers in that during the photopolymer-based process, a high-precision system directs a laser across a ray of liquid resin and causes a thin layer to solidify. Formlabs maintains that this technology outperforms desktop plastic extrusion in finish and in resolution. Additionally, Formlabs says the Form 1+ creates layers as thin as 25 microns and its laser beam can move in steps of fewer than 10 microns, creating precise movements and a smoother surface finish than FDM machines.

Sean Holliday, DDS, MS, and Sherri Lyn Chong, DMD, MS, of Holliday Orthodontics have a main office in Pearl City, Hawaii, with satellites in Kailua and Honolulu. Since opening the practice in 2004, they have been committed to keeping up with any advanced treatment techniques available. Holliday believes that continuing education is the key to keeping his business healthy and improving how he practices orthodontics. In January 2014, they adopted the Formlabs Form 1+ system, and they’ve never looked back. The tiny printer measures only 12 × 11 × 18 inches and weighs a mere 18 pounds, but it does what Holliday needs it to do.

“Patients have a great response to the system,” Holliday reports. “The kids and teenagers are pumped when they see what the technology has to offer. It gets them engaged in the treatment and they see how unique our office is. Parents always comment on how things have changed since they had braces. They realize things are not the same as in the ‘old days,’ and that builds confidence in the care they will receive from our office.”

Of course, the system is a major investment, but one that Holliday says is ultimately worth and having a unique experience for our patients. Having digital scanners and 3D printers allows our office to go impression-less, which is outstanding in patient comfort, accuracy of impressions, and a definite wow factor. The cons are the capital investment in the machines, the learning curve of new technology, and adjusting the workflow of the office to integrate the technology. Once it is integrated, though, the office runs better than before.” 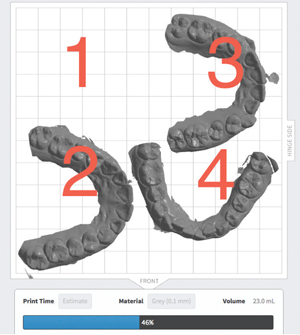 A digital upload of a patient’s teeth is retrieved from an intraoral scanner, then uploaded into the software for printing with the Form 1+ printer.

And Holliday admits there are still other concerns with 3D printing. “I have learned that the technology is still in its early stages, so it is very technique-sensitive at this time, and it takes some more time in the manufacture time. 3D printing, for example, takes several hours, but this is done in the background of the office and can run in the evenings. I have learned to adjust workflow and timing, since the benefits of the accuracy and patient experience are incredible. I have also learned that the technology is improving by leaps and bounds, and truly is the future in our profession.”

Holliday believes 3D scanning and printing will be the key revolution of 21st century orthodontics. “Just like digital radiography has become norm in our offices, the digital impression and digital model will replace our alginate and plaster. And it will likely become even more efficient and affordable,” he says. And Schwartz concurs, “3D printing is the future for dentistry in general and orthodontics in particular; it will simply continue to improve the results and stabilization of our completed cases.” OP

From Model to Mouth