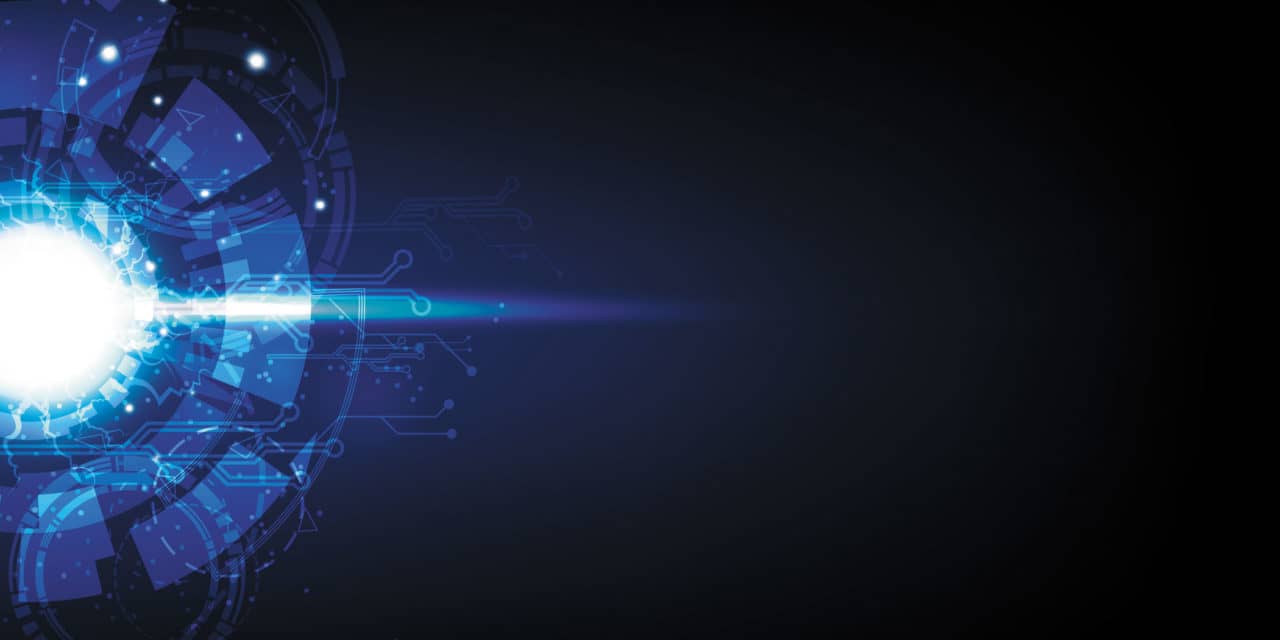 Now, as direct-to-consumer aligner companies attempt to wrest control of orthodontic treatment from the orthodontist and change the orthodontic business model, three companies are on track to redirect the conversation about digital orthodontics, putting a renewed focus on the role of digital technology in the evolution of fixed appliances, and setting up a new practice differentiator.

Digital technology—from CAD/CAM to 3D printing—has revolutionized what orthodontic product manufacturers can do. LightForce Orthodontics, KLOwen Braces, and INBRACE have taken this technology and utilized it to create a new level of custom fixed appliances.

For decades, orthodontists have relied on the various bracket prescriptions, wires, and attachments to provide patients with custom fixed appliance treatment. The problem is orthodontists spend quite a bit of time customizing that treatment.

What LightForce, KLOwen, and INBRACE have done is to create custom systems that aim to move teeth straight from their malocclusion directly to where they need to go, while reducing or eliminating the bracket repositioning or wire bending required of traditional bracket systems—translating to faster treatment over few appointments with improved outcomes.

When LightForce Orthodontics debuted at last year’s AAO Annual Session in Los Angeles, it introduced the world’s first 3D-printed bracket system. The bracket is fully customized from slot to base delivering a patient-specific prescription for each case. The bracket fits each tooth’s anatomy exactly. As Alfred Griffin, III, DMD, PhD, creator of the LightForce bracket system and the company’s CEO, puts it, the bracket prescription no longer matters. This is about the tooth prescription—about where the tooth needs to end up.

The workflow capitalizes on an orthodontist’s familiarity with the aligner workflow. Once the patient is scanned, the orthodontist works in the company’s browser-based treatment planning software. Then, when the teeth are set in the desired occlusion and the brackets positioned, the software compensates to modify the bracket programming to maintain straight-wire principles.

Another key component of the LightForce bracket system is the indirect bonding (IDB) tray which is also 3D printed. As Griffin points out, the bracket was designed to be married to an indirect bonding tray from its inception, unlike injection molded brackets. The tray combined with the custom bracket translates into superior bracket placement.

The patient’s custom set of 3D printed brackets (including a backup set) and IDB tray are then delivered within 7 to 10 business days from approval.

The LightForce bracket system is the result of digital technology. While much is made, and rightly so, of the fact that the brackets are 3D printed, it is the software behind the digital manufacturing that makes the system what it is.

“When we started the company, we were all about our disruptive hardware—the 3D printing. But I would tell you today, we’re more a software company than a hardware company, and that falls in line with what you would expect of ‘Industry 4.0’ companies where manufacturing is fully digital. Software is critical. It drives the algorithms that make orthodontists’ lives easier…, but it also drives our manufacturing. It allows us to realize the efficiencies in manufacturing,” says Griffin.

It also allows the company to quickly respond to customer requests to implement refinements to the bracket, sometimes in as little as a month—not the years it often takes with injection molded brackets. It’s as simple as a software and design update. In the months since the product’s launch, the company has created a more chamfered bracket in response to customer feedback and added hooks on request

As Griffin puts it, “We pride ourselves in being the best company at listening to orthodontists and the fastest to react to their feedback.”

Last July, KLOwen Braces entered the market, and, like LightForce, it rethinks the idea of the bracket prescription. As the company says on its website, “The [bracket] prescription is whatever the patient needs.” The customization in the KLOwen system comes down to the company’s treatment planning software which provides accurate bracket positioning for that patient and the 3D-printed IDB tray. Once the patient is scanned, the software automatically chooses the “perfect” bracket for each tooth from the company’s “LEGO” kit of 27 19.5-inch slot brackets and tubes of various thickness and torques. Using the company’s 3D-printed IDB tray, the bracket is bonded according to the software’s custom prescription for the patient. Like the LightForce system, the placement of the brackets allows the wires to more completely express and reduces the need for wire bending and bracket repositioning—again giving orthodontists those all-important appointment and treatment efficiencies.

Where the KLOwen system sets itself apart is that it is offering orthodontists an on-demand custom bracket system. By summer 2020, the company expects to roll-out a workflow that allows orthodontists to 3D print their own IDB trays in-house using the OrthoSelect DIBS (Digital Indirect Bonding System) software—giving orthodontists a same-day fixed appliance option to compete with same-day aligners. For those orthodontists who still want to out-source, KLOwen still offers lab support, with about a 14-day turnaround time.

With KLOwen Braces, Brandon Owen, DDS, MS, the company’s founder and president, wanted to create a system that streamlines the doctor experience. “I want to take [doctor labor] down to 15 minutes. Just wire one, wire two, wire three, and once you get that heaviest wire in, now all you’re doing is babysitting elastics—and that you can do remotely with Dental Monitoring and Rhinogram. If we can go from 20 visits to less than seven visits to the orthodontist with a better result, that’s a huge value proposition for the specialty.”

According to Owen, the company also expects to announce a ceramic option and in Q3 should roll-out its newest software update which will automate the in-office process, giving assistants the power to scan and load the data, then click a button that will auto-segment the teeth and perform landmark identification, creating an ABO setup for the patient in seconds. Once the doctor reviews and tweaks the setup, it can then be sent straight to the 3D printer for the IDB tray to print. From scan to bond, the process should take between 1 and 2 hours, according to Owen.

INBRACE was the first of these three companies to enter the market, and they did so with a completely aesthetic fixed option. As INBRACE founder and CEO John Pham, DDS, MS, puts it, when patients come in asking for Invisalign, what they often mean is they want invisible orthodontic treatment. INBRACE meets that definition with its tooth movement system, that happens to be lingual.

Lingual bracket systems have remained a niche in orthodontics, with many orthodontists shying away from this modality—and most consumers not realizing it’s an option. What Pham, and his co-founder Hongsheng Tong, DDS, PhD, set out to do was to reinvent and revisit how lingual braces are done and deliver a new paradigm.

At the center of the INBRACE system is the wire, or rather Smartwire—the result of advanced computer modeling and artificial intelligence algorithms. “We put the intelligence into the wire,” says Pham. With the prescription, if you will, in the wire, the bracket can be simpler. “Now it’s just a holder,” he points out. “And if the bracket’s simpler, it can be smaller. And if it can be smaller, it can be more comfortable, and it can be put behind the teeth without you sounding like you have a mouthful of marbles. If the intelligence is all in the wire, then you also don’t have to come in for frequent adjustments or activations, or power chains.”

Pham calls this “programmed non-sliding mechanics.” Programmed because the intelligence is built into the wire. Non-sliding because there’s no friction which allows for much lighter forces.

Once the intraoral scan file is sent to INBRACE, the company creates the patient’s unique wire. Paired with INBRACE’s patented slim fit brackets, the Smartwires are ligated in each bracket, with what the company describes as a “novel locking loop design.” Orthodontists can expect delivery within approximately 4 weeks—a time frame Pham says the company is working to cut down in 2020. Also in the year ahead, the company is ramping up its field support to practices and will continue to offer clinical training.

All of these systems seek to streamline treatment, allowing orthodontists to finish cases more efficiently with fewer appointments.

KLOwen and INBRACE user David Richter, DDS, says the biggest change to his workflow is on the front end, with scanning and planning the case. “My time up front is a little more involved. We have to be super diligent up front making sure that we’re getting everything we want,” says Richter, who practices in Greeley, Colo. But the payoff is less chair time for the patient, fewer appointments overall per case, and a better treatment outcome.

Los Angeles-based orthodontist Alex Waldman sees a similar payoff with LightForce in his practice. The system’s customized brackets mean less bracket repositioning and fewer wire bends. “LightForce is not just a different way to think about brackets,” says Waldman, “It’s a different way to think about mechanics and wire sequencing. We’re able to increase the interval between appointments because we really do want to let our wires just work and activate that prescription.”

And that efficiency is key for the patient as well. One aspect consumers like about direct-to-consumer aligners is the convenience and efficiency. People don’t have time for, nor do they want to go to, 16 appointments with the orthodontist to get treatment.

What makes these three companies interesting is that they are quick to say that there is a place for all three of them in the space—a philosophy they will put center stage when they come together at the end of February in Denver to lead a summit on digital braces and innovation. Their common goal is to advance the profession and further the digital evolution of the field.

“Our mission [at INBRACE] is to bring the latest advances, the best technology to the profession—which is the same thing that Brandon Owen and Alfred Griffin are doing,” says Pham.

“I love that there’s LightForce and INBRACE,” says Owen. “If there’s just one platform within a new space, it’s tough for people to think it’s valid. I love that there are choices. I love that people can choose LightForce or INBRACE or KLOwen or any of the incumbents because there isn’t one-size-fits-all for braces, and I don’t think there’s a one-size-fits-all company for all orthodontists. It’s really neat that all of us are offering something similar, yet different enough to be there.”

Another point all three are quick to point out is that their systems are designed to keep the orthodontist at the center of treatment, not circumvent him/her.

“We’re not telling orthodontists how to use this [system]. We’re creating a platform and asking them what’s possible with it,” Griffin says. “These are just tooth-moving tools. You still have to be an orthodontist to know where they should go. The role of the orthodontist is not diminished by any of these new technologies. It’s actually even more important. The goal of LightForce is to give orthodontists far more control than they’ve ever had.”