The official theme of the AAO’s 2009 Annual Session was “Orthodontics Heard ‘Round the World,” but from my perch at booth 2423, it looked more like “Orthodontists from Around the World.” I handed magazines to doctors from Australia, Ireland, Mexico, Japan, Brazil, Guinea-Bissau, Venezuela, and, as you can guess from the title above, the United Arab Emirates.

These pilgrims descended upon the Commonwealth of Massachusetts despite widespread panic over the swine flu, which shut down Harvard Dental School the day after I arrived. They came despite a faltering world economy that has businesses large and small hoarding every last penny. They came despite trips that seemed impossibly long: for one Aussie, the voyage to Beantown meant 36 hours in various airplanes and airports.

Fortunately for my magazine-lifting muscles, I did not spend the whole meeting dispensing this fine periodical to the public. I also walked the floor to scope out the latest products, and what I saw was a lot of incremental changes: brackets that were a bit smaller or more “tooth-colored” than their predecessors, wires that deployed lighter forces, management programs that had migrated from desktops to iPhones. Useful tools, to be sure, but this was Boston, after all, so I was on the lookout for something revolutionary. The consensus among orthodontists that I talked to was that the last product that fit that description was the TAD.

Pondering the TAD reminded me of the AAO Annual Session 5 years ago. The booth opposite ours was occupied by a South Korean company that was showing a continuous 30-second loop of a tiny screw being driven into a patient’s gums. I remember wondering what these people were up to. It turns out that they were introducing the biggest little thing to hit orthodontics in years.

As I surveyed the delightfully diverse crowd at this year’s meeting, I couldn’t help but wonder where the next TAD will come from. And though I thoroughly enjoyed chatting with orthos of all nations, I can’t help but hope that the next orthodontic revolution will start right here in the good old U.S. of A. 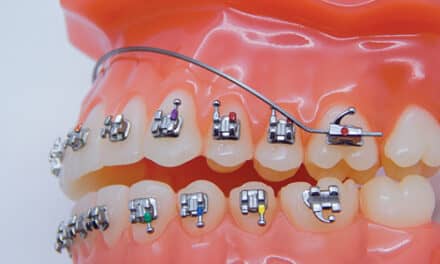