Biolux Research, Vancouver, Canada, has raised $14 million in venture capital funds. The company, which manufactures OrthoPulse, an FDA cleared orthodontic device, announced in a press release the close of a $14M Series A round led by Venrock and joined by Correlation Ventures, insiders, and other investors.

The company also announced that David Thrower has been appointed chief executive officer of the company.

Currently, OrthoPulse is sold in the United States, Europe, and Asia. OrthoPulse is a non-invasive technology which, when used 10 minutes each day, can reportedly accelerate orthodontic treatment by up to 50% and lead to better outcomes with significantly less pain for both aligner and fixed appliance treatment modalities.

Cami Samuels, Venrock Partner, stated, “The orthodontics industry is large, growing, and evolving—and we believe Biolux can be a vital part of that growth and transformation. Biolux has developed an innovative, evidence-based product that meaningfully transforms orthodontists’ practice economics and creates a fundamentally more satisfying consumer experience.”

Jay Chen, Biolux CFO, added, “This investment by a premier venture capitalist as well as the successful addition of an accomplished CEO to the Biolux team is an important validation of the OrthoPulse technology. We look forward to this exciting new chapter of Biolux’s growth.”

Over the last 25 years, Thrower has held executive leadership roles in a variety of medical device companies. Thrower started his career at Bain & Company. More recently, his roles have included VP of Global Marketing at Align Technology, and CEO of InSound Medical, Asante Solutions and BAROnova Inc. He earned a BS in Mathematical and Computational Sciences from Stanford University and an MBA from Harvard Business School.

“I am honored to be appointed as CEO of Biolux. It is a privilege to be part of a company that is revolutionizing orthodontic care. The proprietary Biolux technology creates significant value for the orthodontist and consumer alike,” said Thrower. “I am looking forward to leading the Biolux team in making OrthoPulse a part of the standard of orthodontic care around the globe by delivering better smiles in less time with more patient comfort.” 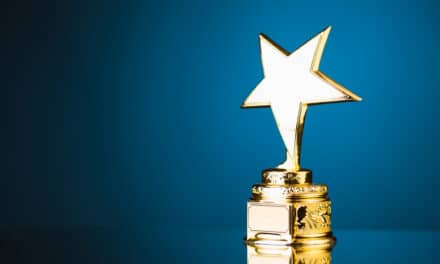