According to an [removed]article[/removed] on ADA.org, on December 18, 2007, five-term US Congressman Mike Simpson became the first to join the ADA under a new membership category created specifically for nonpracticing dentists.

In a brief ceremony at the House Office Building, Rep Simpson (R-Idaho) signed his membership application and handed it over to ADA Washington Office staff.

"It’s always nice to be the first," Simpson said. "Many people who practiced dentistry have moved into other careers but still carry a love of dentistry and respect for those who practice it. Regardless of what I do for a living, I’ll always consider myself a dentist."

The ADA House of Delegates created the new category of membership by approving Bylaws changes in Resolution 10H-2007. The dentist member category is designed for individuals who hold a dental degree but not a US license and dentists not providing patient care for remuneration but living in the United States and/or its territories. The new category went into effect on January 1.

The House of Delegates supported the measure as part of a comprehensive membership study that sought ways to encourage contributions from more dentists, including those not in clinical practice. Dentists who are now invited to join the ADA under this category may include policymakers; government officials; dental industry representatives; dentists in the corporate world; as well as researchers, educators, and deans of dental schools who were previously eligible to join as associate members.

As both an ADA member and public official, Simpson looks forward to continued interaction with his colleagues in organized dentistry.

"In Congress we deal with many issues that affect the practice of dentistry," said the graduate of the Washington University School of Dental Medicine. "The ADA has one of the best and most respected lobbying teams on Capitol Hill. Being a member of the ADA and chairman of the Congressional Oral Health Caucus makes it all seem more connected." 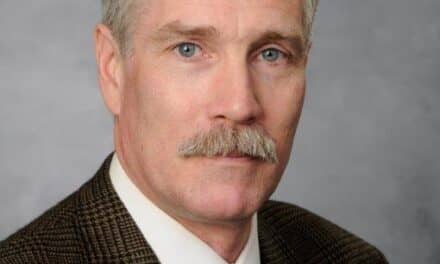