A Position of Strength 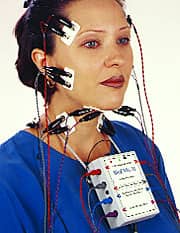 The primary objective of orthodontic treatment is the movement of teeth into a more ideal relationship, not only for aesthetic, but also for functional considerations. Another very important objective, often not given enough consideration, is the need to finish the case with the muscles of mastication in equilibrium. If muscle balance is not achieved, an endless procession of retainers will be required. In simple terms, if the occlusal forces in maximum intercuspation are unevenly distributed around the arch, tooth movement will most likely occur. However, today it is possible to precisely measure the relative force of each occlusal contact, the timing of the occlusal contacts, and specific muscle-contraction levels, all simultaneously. This technological breakthrough represents a new opportunity for orthodontists everywhere.

Many well-respected orthodontists agree that there is more to occlusion than just teeth. Temporomandibular (TM) joint function and the maxillo-mandibular relation are as much a part of occlusion as are the teeth. Consequently, when a malfunction occurs within the TM joints or a maxillo-mandibular mal-relation exists, a compensatory response is elicited from the stomatognathic musculature. Most often, that response can be measured through electromyography (EMG).

More than 50 years ago, one orthodontist began to record muscle activity through surface EMG in an effort to better understand the functions of the muscles of mastication.1 In the years since, surface EMG has revealed several key facts about the relationship between the muscles and a patient’s occlusion. Today, we can routinely record up to eight channels of EMG data right in the clinic (Figure 1), and data interpretation can lead us to a better understanding of our patient’s specific condition.

In Figure 2, we see muscles that are: a) relaxed at rest (the normal condition); b) hyperactive at rest (indicating a maxillo-mandibular mal-relation); and 3) exhibiting a neurological abnormality (large motor-unit firing). While these factors routinely go unmeasured, their contribution to a precise diagnosis can be highly significant, even to the long-term outcome of a particular case.2-5

Determining muscle balance in function using an EMG is an easy task.6-13 Typically, the patient is asked to clench in maximum intercuspation and then swallow. The clench will appear balanced (Figure 3a) or unbalanced (Figure 3b). The swallow will either be with the teeth together (Figure 3c) or with a tongue-thrust (Figure 3d). Then, if an appliance is used, muscle activity can be recorded before, during, and after adjustment of the appliance. This will immediately demonstrate the effectiveness of the appliance.14-20

If we see that the muscles are balanced, we know we have a result that will remain stable. But, if the muscles are not in balance, we cannot tell from the EMG recordings alone exactly what to do about it. While much has been learned about muscle hyperactivity and the various conditions of imbalance that can exist within the masticatory musculature, EMG is not, nor will it likely ever be, adequate to the task of directing case treatment by itself. While surface EMG is a fast, easy, and reliable way to record the relative contraction levels of the muscles at rest or in function, it has a low sensitivity to occlusal-force locations and the timing of tooth contacts.

The simplest solution to the problem of evaluating the timing and force of occlusal contacts is to use an electronic occlusal wafer.21-23 It provides a very sensitive measure of contact force and a moving picture of the order in which the contacts occur.24-32 It is the only technology available to the clinician that can show precisely the order in which contacts occur and, simultaneously, the relative force of each distinct contact. The new high-density sensors are flexible, more precise, and very durable (usable for up to 30 registrations).

A bite-force recording is taken by having the patient bite down several times on the electronic occlusal wafer to condition it. This allows it to conform to the shape of the arch. Then, a recording is taken with the patient closing from rest position into the intercuspal position, followed by a clench. Other recordings can also be taken in centric relation, lateral excursions. and protrusion.

When the recording is replayed as a “force movie,” a 3-D graph is displayed showing the relative force at each point of contact (Figure 5). Again, we see that the initial contacts are on the incisors, the next are on the right posterior, and the last are on the left second molars. What is also evident is that in full closure, the highest-contact force is actually on the left second molar (indicated by the tallest spike), despite the lateness of the contact. Further inspection clearly suggests that the reason the excessive force is being borne by the left second molar is due to a lack of solid contacts on the left first molar and bicuspids. In spite of the large number of contact points around the arch, this is an occlusion badly in need of adjustment.

As we analyze the tracing above, though the picture of occlusion of this case is clear, we realize that we do not and cannot, from this information, understand what the musculature is doing to accommodate. But there is a way to do both.

In previous studies, attempts have been made to correlate electronic occlusal wafer data with EMG data.33,34 Recently, the two companies who separately manufacture the two machines have reached a milestone by making their programs talk to one another.35 This is not something that happens often in dentistry, but the synergy created now offers a unique opportunity for dentists to more clearly and comprehensively understand their patients’ occlusal conditions. The reason that the programs needed to talk to one another was to synchronize their respective data streams. This is accomplished by having either program act as a “master” while the other program acts as a “slave” to it. That is, a dentist can run the electronic occlusal wafer program, and the EMG program will dutifully “follow” it, or vice versa. This is true in recording as well as in playback analysis.

When we see that the highest force of contact is on the left, can we assume that the greatest muscle activity will be the same? Not at all. Figure 6 shows an example of a patient with a higher force level on the left side (63% of the total), focused in the bicuspid area. At the same time, we clearly see that the right anterior temporalis is firing at nearly twice the level of the left one. It is also apparent that the combined activities of the right masseter and temporalis are far greater than the same muscles on the left. How is this possible?

Not one of the muscles of mastication that elevates the mandible is positioned such that there is a straight vertical relationship between the origin and the insertion. Each elevator muscle has a horizontal component to its direction of applied force. Due to the ginglymo-arthroidial structure of the temporomandibular joints, the mandible is able to move freely forward and back, left, and right. The same “elevator muscles” that apply vertical forces can and do apply horizontal forces to the mandible as needed for function. In Figure 7 (page 44), then, we can see that, while the left-side muscles are applying more force in the vertical direction, the right-side temporalis must be applying a significant amount of its force in a horizontal direction. However, with some extra effort, it is possible to achieve a muscle- and force-balanced occlusion.

Sometimes, we can record a relatively even balance of forces between the right and left sides, but the patient is still not comfortable. Even with adequate stable contacts on both sides, some patients still complain. The patient in Figure 8 had regular temporal headaches. The left-right force balance was rather good at 56% right to 44% left. It is evident that the initial contact is on the left side (see the center of the force vector) and that, during the closure, the force passes to the right side before reaching its balanced force condition at maximum intercuspation. However, notice that the temporalis muscles are contracting at 21¼2 times greater levels than the masseter muscles. Soon after a repositioning appliance was placed that balanced both the muscle and the forces, the headaches were relieved.

With the technology that is available today, an ordinary practicing orthodontist has the ability to more thoroughly evaluate the masticatory system than ever before. It is now possible to routinely adjust an occlusion, not only to equalize the occlusal forces, but also to create an environment where the muscles can function in harmony with one another. z

Why the Electronic Occlusal Wafer, at 85 Microns, Is Not Too Thick

According to the latest research on mandibular function (Gallo et al), we now know that the sagittal path of closure is more complicated than a simple hinge movement. In fact, the “helical axis of rotation” moves from the vicinity of the angle of the mandible (early in opening) to about midramus (late in opening) in close proximity to where the inferior alveolar nerve enters the mandibular foramen. For a voluntary closure between rest and occlusion (2–3 mm), the average amount of rotation has been measured at 0.7º (Lewin A and Moss C). For an 85-micron change, that is about 0.02° of rotation (about 1.5 minutes of arc). If the A/P distance between the incisors and the second molars is 40 mm, 1.5 minutes of arc translates to an 18-micron difference in vertical change (more in the anterior, less in the posterior) between “wafer in” and “wafer out.” This is a very small difference in comparison to the size of an occlusal adjustment being made, and it is well within the adaptive capacity of the system. Another benefit of placing the electronic occlusal wafer between the arches is that it reduces the acuity of proprioception, which reduces, but does not eliminate, the ability of the central nervous system to avoid any existing prematurities.

Are Orthodontists the New Blacksmiths?