3M Unitek, Monrovia, Calif, recently rolled out is AlastiK™ Lingual Ligatures, designed specifically for the Incognito™ Appliance System. Designed for faster and easier ligation, these ligatures are the latest in a series of upgrades to the Incognito System, including Incognito™ Clear Precision Trays and customization for the Forsus™ Fatigue Resistant Device.

AlastiK Lingual Ligatures are intended to improve ease of lingual bracket ligation while exhibiting the same wire fixation and force as an overtie. According to the company, the design enables clinicians to accomplish wire changes more than 20% faster than current techniques, and the ligatures are shown to break less than commonly used chains during installation and between appointments. When used as plain ties, AlastiK Lingual Ligatures apply similar tip control to overties with powerchain without compromising comfort.

3M Unitek has also made a number of changes recently to the Incognito Appliance System. The system’s trays are now manufactured from digital data used for bracket design, aimed at producing better deviation than with trays using manual positioning. The trays also allow for visual control during the bonding process, and can be cut and used for replacing individual brackets.

A lower arch attachment for the Forsus Fatigue Resistant Device and a special archwire sequence (available with either Forsus EZ2 or L-pin Modules) have also been included and are designed to simplify installation, reduce chair time, and provide the patient with customized Class II correction. 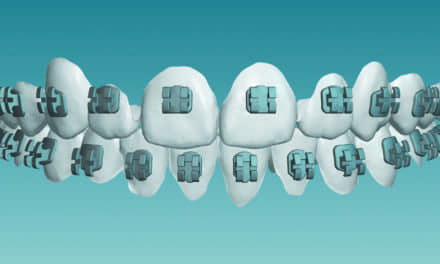