Getting Clear About Clear Wire

In today’s orthodontic marketplace, patients are looking for aesthetic alternatives to traditional metal braces. If patients are interested in receiving aesthetic options, then practitioners should be just as interested in providing those options—so long as the quality of care is not sacrificed. Is this quid pro quo realistic? We can finally answer yes.

In the distant past, if a patient wanted “clear braces,” our only alternatives were to try using removable appliances that could be easily removed in those social settings in which patients needed to have a “no braces” look. The types of tooth movement stemming from the use of these appliances were somewhat limited. The Crozat appliance offered a “fixed/removable” alternative but with similar limitations.

In the not-so-distant past, we then came up with tooth-colored or clear brackets, only to be frustrated by having to use metal wires. Along came coated wires—but they chipped and were less than ideally desirable. The next evolutionary step was a series of clear trays or aligners designed to move teeth, but there still existed some directional limitations. Now, we finally have a clear, translucent wire: SimpliClear. This wire can be combined with clear, translucent brackets to create an aesthetic, fixed orthodontic appliance system that includes retention and allows the practitioner to do what he or she has always done best: move the teeth via braces. This puts control back in the hands of the orthodontist.

SimpliClear wires are made of polymer composite, developed with patented technology exclusive to BioMers. BioMers is a venture-capital financed company with global reach, having offices in Washington State and Singapore. Essentially, the wire is composed of ceramic fibers interspersed evenly throughout a composite resin matrix. The properties of the wire are that it

So what are the advantages to using this new technology? First, it is the only aesthetic fixed appliance system on the market that can address a wide range of malocclusions. Second, the mechanotherapy it delivers is based on the gold standard of metal braces fixed to the labial surfaces of the teeth. The orthodontist plans and manages treatment by way of traditional archwire changes, so he or she has direct control over tooth movement. Finally, it is competitively priced relative to other aesthetic alternatives on the market.

Let’s take a detailed look at SimpliClear compared to the other alternatives on the market. Coated wires have traditionally had the following potential drawbacks: they weren’t translucent, the coating wore off unevenly, they generated high amounts of friction, and they just weren’t widely used. With lingual braces, the orthodontist had to deal with two sets of unique challenges. On the one hand, from the practitioner’s side of the chair, they were contraindicated in some types of malocclusions, they were more difficult to work with than their labial brethren, and there were occasionally problems during the finishing stages of treatment. On the patient side of the chair, aside from the higher cost of lingual, there were speech impediments and lingual irritations that had to be dealt with, as well as extended overall treatment times and longer appointment times, as adjustment were often more difficult and time-consuming. Finally, compared to aligner therapy, SimpliClear can be used on a variety of cases because individual tooth control is not an issue. Treatment times fall into the traditional range, problematic finishing is a thing of the past, patient compliance is no longer a consideration as the appliances are fixed, and additional expenses can be kept to a minimum.

SimpliClear provides five wire sizes, all of which can be customized. The table above provides a summary of each wire’s characteristics. Intraorally, the wires handle a lot like traditional stainless steel wires. If you exceed the deflection capacity of the wire, it leads to plastic deformation, resulting in wire crazing or fracturing.

Ligation is performed as with traditional brackets. The wires are resistant to staining and can be used with many bracket systems, but frictional differences are minimized when they are coupled with the SimpliClear monocrystalline bracket. Wires are customized for every case to minimize undesirable binding.

* When wires are customized, the characteristics vary due to wire size as well as the number, position, and character of the customizations (such as offsets and bends).

Once the patient has decided on the SimpliClear option, the entire process is as follows. First, you fill out a prescription form and submit it to BioMers. The company then proposes bracket position (for indirect bonding) to the clinician, as well as the archwire sequences with customized first-, second-, and third-order movements. The orthodontist then approves or modifies the plan. SimpliClear then fabricates the appliance system and sends it to the practice. Included in the cost of the appliance system are the wires, brackets, indirect bonding trays, an unlimited number of wire customizations, and an Astics retainer for post-treatment stabilization. The retainer is a traditional Hawley-type appliance that uses the BioMers translucent wire technology for the labial bow.

In my opinion, this is the first really big advance in removable retainers in the last 150 years. The orthodontist has the ability to design the appliance, with options for the labial bow component running from 2–2 all the way to 7–7. Springs can be incorporated into the palatal acrylic, and there is an acrylic-free palate design available for selected cases. The Astics retainer has excellent patient acceptance, no occlusal coverage, and it won’t mar dental restorations or pontics as metal labial bows are apt to do.

In summary, if you’re deciding on which fixed appliance system to choose when your patient wants maximum aesthetics and you want maximum control, SimpliClear is a clear choice.

Laurance Jerrold, DDS, JD, is the president of Orthodontic Consulting Group, Jacksonville, Fla. He is also a consultant for BioMers Ltd and is a member of its scientific advisory board. 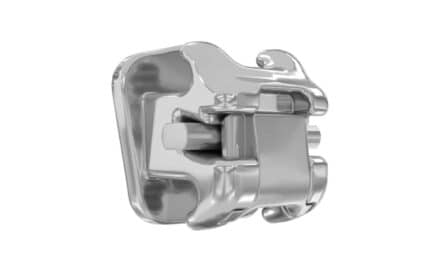 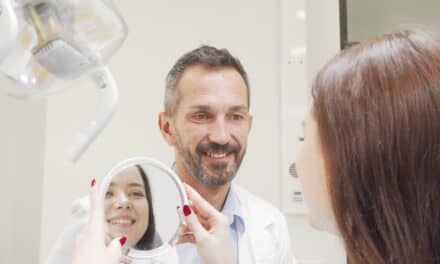 Next Orthodontic Products Webinar Focuses on Retention and Vivera Retainers