A Craniofacial Home for Children

Ronald R. Hathaway, DDS, MS, has been in private practice, has combined a career in academics and clinical teaching, and has participated on multiple craniofacial teams at university hospitals. He has been a faculty member in orthodontics at Baylor College of Dentistry and Indiana University School of Dentistry, in oral and maxillofacial surgery at University of Texas-Southwestern Medical School, and in plastic and reconstructive surgery at Indiana University School of Medicine. This background led him to become the first medical director of the newly established Craniofacial Center at the Peyton Manning Children Center at St. Vincent’s Hospital in Indianapolis (Figure 1).

While the Craniofacial Center is located within a hospital complex, the office environment is a model for family care. The office is one that projects a home setting that is accessible, coordinated, compassionate, and family-centered.

The Craniofacial Center is the umbrella for four different services that daily overlap in practice, including the Orthodontic, Cleft Lip and Palate, Orthognathic Surgery, and Craniofacial Surgery programs.

Due to the cost involved, many parents of patients with clefts and other major craniofacial problems cannot afford the most advanced treatment that is available in the field now. Because of this dilemma, Hathaway, as director of the clinic, has initiated a policy that all craniofacial patients will be treated, regardless of the parents’ ability to pay for services.

In order to sustain the cost of this policy, a program has been introduced that also provides noncraniofacial orthodontic services to the neighboring community. Hathaway estimates that about 25% of the patients in the practice will receive routine orthodontic care. This part of the Center’s orthodontic program not only helps the poor, but it also buffers against the time and extra effort required to treat the more complicated surgical cases that dominate the practice.

The Center’s team includes more than 30 medical, dental, and surgical specialists representing some 20 disciplines. Some members of the team are located at the hospital campus, and some are in private practice. All come to the Center for team meetings and family consultations. They take pride in serving the needs of craniofacial patients of Indiana and the Center’s commitment to treating patients regardless of income. The Center, which I designed, is located on the second floor of a medical building off campus. Occupying approximately 5,000 square feet, it has the added benefit of oral and maxillofacial surgery, speech pathology, and audiology offices being on the same floor. The Craniofacial Center also supports use of a CT and MRI facility located on the first floor.

Figure 2 is my floor plan of the Center. It differs in several ways from the usual floor plan that orthodontists develop for their practices. Hathaway’s practice vision required a greater emphasis on developing certain areas to comfortably accommodate the many specialists coming to the Center for team meetings. Figure 3 is an example of the space allotted for a very sizeable conference room.

It allows treatment-planning conferences with multiple specialists gathered together in the same room with the patient and family. The idea is that this face-to-face meeting builds confidence in parents who see a team of doctors assembled to help their child. This model empowers the family and gives them the feeling that the child and family are “chairmen of the board,” that the doctors are there to serve them, and that all of their questions will be answered. The Center’s surveys show that the first meeting is the most important “impact” factor with families.

Typically, patients are scheduled for 30-minute conferences with the team. While these conferences are doctor-time intensive, there is a hidden overall efficiency in this method. It avoids treatment confusion and the need for extra follow-up consultations, and it helps the team clearly define the sequence of future appointments. The room is equipped with an LED projector and a large screen for the purpose of patient review and discussion. CT and MRI imaging are often performed on the same day and then are made available for the conference via a picture archiving and communication system (PACS) workstation that also links to the main hospital. Other appointments at the Center are coordinated to reduce the number of visits, which is appreciated by the many families who require lodging since they have traveled long distances.

Note that in the floor plan, the percentage of the square footage of the Center allotted to the reception room is far greater than is common in most orthodontic offices. Unfortunately, in many offices, the parent drops off the child and later returns, with a minimum of office interaction beyond determining the next appointment. The objective at the Center was to provide a high-priority, friendly, home-like ambiance to encourage maximum patient/staff interaction. Another reason to increase the comfort level is that craniofacial patients frequently experience longer appointments, because multiple treatments are often done at the same visit. Longer but fewer visits help the many out-of-town patients.

A design theme I used in the reception room and applied throughout the office is the decorative use of columns. The dark-stained columns impart warmth and blend with the trim around the windows, the ceiling cornices, and the colors of the carpeting. This treatment fits well in traditional homes, which is the mood the doctor wished to capture. An additional function of columns is that they create a special feeling when used to define entrances to a new area within the office. Figure 4 is an example of how columns gave a distinct identity to the computer study room, retaining its openness while still preserving the spaciousness of the reception room. Placing a typical wall and a door between the rooms would have made the popular computer study room less inviting. I also used columns in the tots play zone. Even though there is a game room, a tots area, and a computer parlor, the large reception room provides a quiet, comfortable seating area for adults (Figure 5).

The inviting, generously curved front desk can easily accommodate two front-desk staff when needed (Figure 6). Because of the high ceilings, an interesting, aesthetic, tiered soffit plan was possible. It afforded downward lighting for writing surfaces and upward lighting that accented the ceilings. The height of the central touch pad sign-in area can also double to accommodate the ADA’s disability requirement. The clever use of arches and soffits throughout the office augments the artistic treatment of the ceiling. These touches also diffuse the plain look of suspended ceilings, which can become a mass of square acoustical tiles that dominate many offices.

Another priority was to develop an efficient operatory to handle the anticipated patient load (Figure 8). The doctor’s first step to ensure this was to purchase chairside cabinetry that provided at least two-tray work surfaces, generous support storage drawers, and a backup delivery system that was easily accessible, eliminating ugly hose and coiled systems. Only a well-designed rear-delivery cabinet can provide all these features for a solo operator, and also allow for efficient four-handed dentistry for both right- and left-handed operators. It also can reduce a time-killer on the operatory schedule: Class VI movements. A Class VI movement occurs when a chairside operator must stop his or her work and leave the patient to get an instrument, then return to finish the task. Inefficient Class VI activity is a more common occurrence than one might suspect, especially when doing longer and more complicated procedures.1

Distances between chairs and cabinets were designed to be compliant with ADA standards and also to save on operatory square footage. Optimum distances were also established to reduce the time it takes for assistants to gain access to vital secondary storage. The operatory sticks to the principles of the “30-second difference” design. This is my concept that if a design can save an orthodontists 30 seconds per patient, then he or she can see five more patients each day, with a corresponding increase in profitability.

The ambient light from the many operatory windows, combined with excellent metal halide lighting, provide adequate light for most procedures. A chairside light was mounted to the cabinet to be used for delicate postoperative tissue evaluations and suture removals.

The floor plan provides a much-larger-than-average laboratory with a design that accommodates a central work island with an independent plaster and model trimming room. There is ample perimeter cabinetry for storage, lab equipment, and two workbenches for seating. A craniofacial practice is laboratory intensive: The full-time laboratory technician is in charge of study models, makes orthodontic appliances, and assists with surgical splint fabrication. The technician’s secondary duties are as records manager in charge of digital photography and radiographs.

The ever-evolving standard of care in craniofacial practice is not only to stay current with state-of-the-art procedures, but also to lead in the development of new techniques for improved outcomes. Several members of the team are involved in the American Cleft-Palate Craniofacial Association and regularly present research updates at annual scientific sessions. A recent example was a study comparing growth data with five other North American Centers, which concluded that primary alveolar bone grafting in unilateral cleft lip and palate (called “primary grafting” because it occurs before age 2) can be deleterious to midfacial growth.

The Center is also a partner with Purdue University Discovery Park in developing an automated 3D digital planning system for craniofacial surgery. Together, they are working on a prototype that would enable computerized model surgery and the production of a surgical splint without the need for plaster simulation.

Beyond challenging cleft surgeries, the Center takes on many unusual malformation and facial dysplasia cases, as represented in the following case. Figure 9 shows the pre- and post-treatment profile view of a patient who had condyle, fossa, ramus (CFR) replacement combined with orthognathic surgery. The result was one of a very happy young lady.

Partnerships And Support Of Patient Care

Because of the Center’s commitment to treat all patients, regardless of income, it seeks avenues of income beyond orthodontics and medical services to sustain the program. Extra support has come from the State Health Department, other state agencies, and some grants. Philanthropic endeavors are a major activity of the Center. One example was through the Peyton Manning Children’s Hospital and a partnership with the NFL Alumni Association. The Center was a designated charity for the association’s annual golf tour.

Establishing a new department, no matter how noble the cause, is not an easy endeavor, nor is it an automatic guarantee of success. However, with outstanding leadership, a dedicated team of specialists, and the encouragement of St Vincent’s Hospital, the response to the Craniofacial Center in the last 2 years has been overwhelming. Children with facial malformations who live in Indiana and nearby states now have an exciting future.

Warren Hamula, DDS, MSD, has been in private practice in Colorado for 40 years, and has been an orthodontic office designer for 30 years. He is a diplomate of the ABO. He is a design consultant to numerous orthodontic departments, and he lectures around the world. He can be reached at 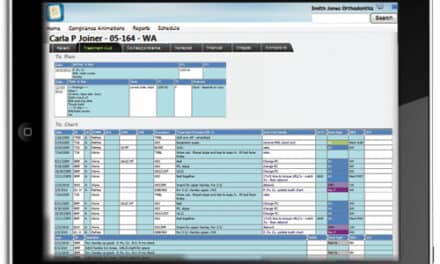 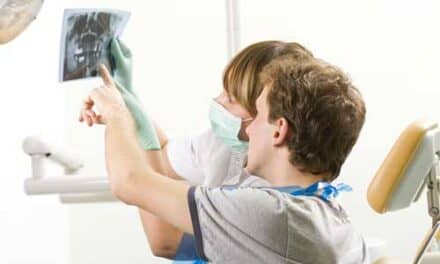