LightForce Orthodontics: Innovator of the Year 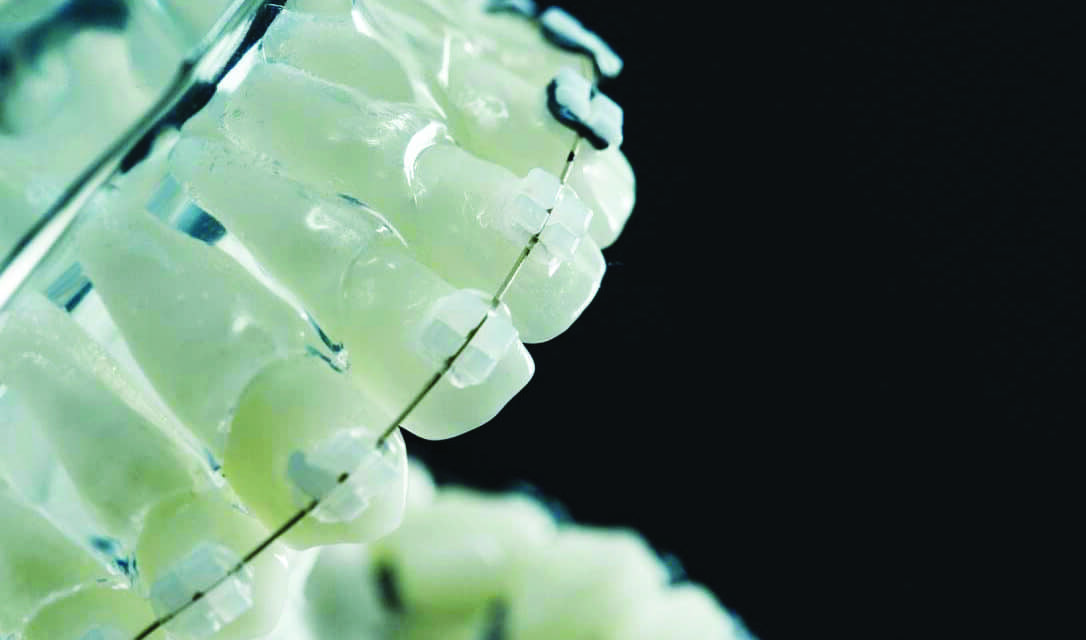 As it accepts the 2022 AAO Ortho Innovator Award, LightForce Orthodontics rolls out LightForce 2.0, creating a custom bracket system that can now be the standard of care for all braces cases.

When LightForce Orthodontics introduced its custom 3D-printed bracket system at the 2019 American Association of Orthodontists (AAO) Annual Session in Los Angeles, there was agreement the system was the definition of innovative. So it was not surprising when in March, a mere 3 years after its AAO debut, the association named LightForce Orthodontics the recipient of the 2022 Ortho Innovator Award—an award recognizing innovation among orthodontists and partners in the industry.

From its inception, the LightForce bracket system set out to create a new standard of care with a bracket that actually matches the tooth anatomy and is custom angled according to where the orthodontist wants the tooth to end up. But the company has done more than create an innovative bracket, they have also created an innovative platform that extends from treatment planning to the manufacturing process.

When LightForce made its debut, it boasted 13 employees. Three years later, they’ve grown to nearly 400 team members as they scale to meet the growing demand.

“With stock braces, you can keep them on the shelf and they don’t ever go bad. So there’s no manufacturing pressure. Whereas, if you are making something that is customized—like aligners, like LightForce—you have to make it on demand and exactly customized to that patient. That’s a challenge that puts a lot of stress on manufacturing. And that’s why you’ve seen us make those big investments in bringing the right people on,” says Alfred Griffin, DDS, LightForce Orthodontics CEO and co-founder.

“We’ve seen 600% growth year over year and as a result, we’ve scaled up significantly to meet the market demand and maintain our extremely high bar of quality. And it’s been a fun ride as we’ve had to evolve in all areas.”

Griffin is extremely proud of what the company has done in terms of the manufacturing process. While LightForce Orthodontics, headquartered in Burlington, Mass, is obviously a hardware company, much of its manufacturing is dependent on software and algorithms. And scaling those algorithms, with the help of artificial intelligence, has been key to the company’s ability to meet market demand.

Often, the discussion around the LightForce bracket system will go to what a brilliant idea it is. But Griffin chooses to look at it a different way. “This is not a brilliant idea. It’s a brilliant execution,” he says. As he points out, very talented orthodontists have been talking about something like this for over 25 years. Their vision, however, was hampered by the lack of technology. But today the technology is there to manufacture such a bracket system.

“When all is said and done, one of the major stories out of LightForce, beyond the orthodontics story, will be the manufacturing story,” says Griffin. “We are a great example of the fourth industrial revolution, whereby we are actually digitally manufacturing everything we sell. The trays, the braces—everything is mass customized, and, in this case, 3D printed. This complex manufacturing feat is the reason we’re the only company that provides a 7-7 fully customized, fully digital fixed appliance system.”

A Paradigm Shift for Bracket Cases

The LightForce bracket system is a paradigm shift in terms of how orthodontists plan their bracket cases; however, the workflow is very similar to that of aligner cases. Both aligner and LightForce case planning require the orthodontist to determine where the teeth will end up from the beginning. As Griffin puts it, “You have to start with the end in mind.”

Like the aligner workflow, LightForce lends itself to same-day financial starts, where you take the intraoral scan and down payment at the first appointment. Then, the patient comes back for the bonding appointment when their custom LightForce brackets arrive (cases typically ship in about 11 business days), just as they would for their lab-produced aligners. According to Griffin, the bonding appointment among LightForce users ranges from 30 to 45 minutes, and, in most states, can be delegated to a clinical staff member.

“The analogy I always use is it’s like a direct flight for every tooth in the mouth to the ideal end result versus an indirect flight with multiple layovers,” he says. “In orthodontics, we’re very familiar with the term ‘round tripping.’”

Since its debut, the LightForce bracket has had 17 updates. Some of those were more substantial than others. For example, the bracket’s edges and corners were rounded and sheared off; and when early users reported power chains breaking when they shouldn’t, the company rolled out an update to address that.

Griffin considers the company’s ability to listen to and quickly act on customer feedback as one of its main superpowers. “It’s not just that we listen, but due to the nature of how we manufacture, we can react faster. It’s not redesigning an injection mold device. It’s adjusting an STL file, which can be done in a couple weeks, even in a day, if we need to. Yes, there’s obviously regulatory paperwork to do, but that’s very minimal. So we’ve turned many of these updates around in 2 weeks.”

One of the larger changes to the 3D-printed ceramic polycrystalline alumina bracket in the last 3 years was the introduction of the Light bracket, a translucent bracket. As Griffin says, the company heard the feedback: Not everyone loved the initial white Cloud bracket—especially older patients. The Light bracket is ideal for patients looking for a highly aesthetic treatment option. Both options are available in 0.018″, 0.020″, and 0.022″ slot sizes, as well as bidimensional configurations. In addition, they can be customized with optional distal hooks on upper and lateral incisors, lower cuspids, and lower bicuspids.

The new custom buccal tubes, available in slot sizes 0.018″, 0.020″, and 0.022″, are designed to provide better anchorage control and more flexibility when planning extraction cases, as well as control of molar rotation to support Class II and Class III dental corrections. In addition, orthodontists can expect more vertical control on those hyper divergent cases, as well as leveling deep Curves of Spee. With the custom bonding pad surface, users should see consistent cement space between molars and consistent bond strength. These features, when combined with LightForce’s custom IDB trays, allow practices to standardize their bonding processes for all brackets and tubes, which allows for delegated bonding appointments. According to the company, every case submitted now comes with custom 6s; custom 7s will be available in May.

For those orthodontists who have long wanted to use LightForce for mixed dentition cases or as part of staged treatment, LightForce 2.0 now makes that possible. For mixed dentition cases, treatment can start sooner, as a second scan can be submitted to incorporate newly erupted teeth into the treatment plan. The mixed dentition workflow also allows for additional use cases for teeth that were not eligible for a custom bracket in the IDB tray in the first stage—for example, in cases with impacted teeth. In terms of staged treatment support, LightForce can now be used to treat the upper or lower arch initially, even if the other arch is not treated.

When married with the existing LightTray bonding jig (a patient-specific, 3D-printed indirect bonding tray that is only available for use with LightForce brackets) and LightForce Bite TurboTrays (3D-printed trays designed to be placed on incisors, canines, or molars to help orthodontists disclude posterior teeth for more efficient bite correction with elastics and avoid occlusal interferences), these new features allow the orthodontist to plan a completely custom case. And the company is there to support those orthodontists, whether they are new adopters or advanced users. When an orthodontist signs up, a member of the company’s integration team will come out to the practice to train the staff and doctor. In addition, the company offers biweekly webinars for both beginner and advanced users. As Griffin puts it, the right educational resources are just as much a part of the product as the product itself.

For Griffin, the AAO’s recognition of what LightForce Orthodontics has achieved is extremely special. The son of an orthodontist, he spent his childhood coming to the annual AAO meetings with his parents and siblings. “We’d play with the sons and daughters of other orthodontists. That was our family vacation.

“So getting this award has an extra special personal meaning,” he says. “But for LightForce, the company, I think it’s a validation of what has been a lot of work by a very talented team over many years. It feels great for the whole company, especially with [LightForce 2.0] coming out now, to be recognized by the industry’s biggest governing body.” OP

Research Supports Use of MI Paste Plus to Prevent Decalcification