Figure 1: Using software to determine crown size from a scan of the model.

During the last decade, orthodontics has embraced many new forms of technology. A few examples include treatment-planning software linked to robotic archwire formation (Orametrix®), 3D radiography and intraoral scanning (i-CAT® and Cadent™ iTero™), computerized aligner manufacturing (Invisalign®), and computer-assisted bracket placement (the OrthoCAD iQ™ system). In a relatively short time, these systems have gained widespread acceptance in many practices. Specialty Appliances has welcomed several new technologies, including 3D impression and model scanning, computerized appliance design, and 3D resin deposition model printing. As a result, we are improving appliance quality and driving overall process improvement. In this article, I will present a few of the technology-driven changes we’re making in appliance fabrication as we transition into the digital manufacturing world.

With the tremendous advances in technology all around us, it’s easy to initially embrace the concept of “high tech” in the orthodontic practice and in the laboratory. The return on investment for these new technologies needs to be considered, but can be difficult to judge, especially in the early stages of adoption. A good example is the impact of new 3D intraoral scanners on the practice and laboratory. For the practice, there is the obvious benefit of replacing traditional impressions with an intraoral scan. This promises a vastly improved patient experience, as well as a more accurate capture of the teeth and supporting structures. In the laboratory, we now have an extremely accurate starting record which reduces the potential for remakes. However, these benefits come with a price. Considering the initial investment for the intraoral scanner, the per-scan user fee, and the cost of printing physical models from the scan, the added estimated cost ranges from $50 to $75 per patient. Each practice will have to evaluate this cost/benefit relationship to determine when it makes sense to adopt these systems.

Figure 3: Indirect bonding with a stone model and pencil lines for bracket placement.

After implementing either an intraoral scanner or a benchtop scanner, a practice is now ready to send data files to the lab as a replacement for impressions or models. At Specialty Appliances, the first step in the manufacturing process is to “print” the models using the Objet Eden260v™ 3D printer. This printer can run 20 to 25 models in approximately 6 to 7 hours in high resolution—more than adequate for fabrication of any orthodontic appliance.

Figure 4: Software determines the long axis and ideal vertical height on the model for each bracket.

Using design-type software, we can alter the digital model data to facilitate production in the lab. An example is measuring the molars and trimming the model in the software (Figure 1) to allow a crown to be sized and fitted on the printed working model for a Herbst appliance. The software analyzes the tooth, determines the crown size, and then allows the technician to “trim” the model prior to printing so that the crowns easily fit the construction model. This saves time usually spent trimming the plaster model (Figure 2) to achieve the same effect. Since the software can determine crown (or band) size better than even the most highly trained technician, it also improves the accuracy of crown fit in the laboratory.

Many possibilities exist for using 3D technology, such as direct printing of appliances from the Objet 3D equipment. Objet has recently introduced a clear polymer called MED610™ that is being used to produce surgical guides for implants and TMD Splints. Instead of first printing the model from the data, the actual appliance is “printed,” eliminating the model altogether. We envision eventually printing retainers as a replacement for traditional “salt and pepper” acrylic work.

Figure 6: An invisible retainer fabricated directly from a model printed on the Objet Eden260v machine.

Another emerging technology for fabricating appliances is metal sintering. Basically, a powered-metal material is “cured” with a laser to form a shape designed by software. A potential application for this is the manufacturing of a Herbst appliance.

Another innovation that needs further adaptation to our specific uses is robotic wire forming. Imagine bending wire to an exact fit from a computer-designed appliance without the traditional “bird beak and triple beak” pliers!

A new process we’ve developed using design software with the 3D model printer is aimed at improving our indirect bonding process (Figure 3). We start with either a 3D scan received from the practice or a stone model. We scan the model using a 3Shape 3D scanner. With the model in 3D data form, we can interrogate each tooth and determine the long axis and vertical height (Figure 4) for each bracket. Next, we “scribe” lines on the teeth in the software, which are subsequently reproduced in a relief pattern on the 3D resin model. These reference lines give the bracket-placement technician a road map to follow in the laboratory (Figure 5), which greatly improves accuracy. In addition, photos (and soon, 3D scans) of the brackets on the construction models are uploaded to the Web for doctor approval prior to fabricating the transfer trays. This combines high technology with manual lab systems for an overall improved outcome without requiring a costly new software system.

Figure 7: Removing brackets with software prior to printing the working model for an invisible retainer.

Invisible retainers are also an area of new focus. Many practices have adopted invisible retainers (Figure 6) as their standard retainer system. While simple in concept for the majority of cases and easily fabricated in the office, variables in design, such as adding pontics, require additional lab skills. Also, we now have the ability to receive the scan, remove the brackets with software (Figure 7), and then print the model for the retainer, so that the retainers can be delivered at the same appointment that the braces are removed. This is a much easier and more accurate process than hand-carving the brackets from a stone model (Figure 8). We can also reset individual teeth on the printed construction model to allow for slight corrections with the fixed appliances prior to removal. These corrections are then built into the final invisible retainer, which is delivered when the braces are removed.

Another advantage with the printed plastic models is their durability in making multiple sets of invisible retainers. We typically fabricate two sets of invisibles for each patient, but can easily produce four sets from the same model, since it is not damaged while processing the retainers in the Biostar® machine. We also return the plastic model to the practice so they can make additional retainers as needed.

Any practice using an outside commercial laboratory needs to be aware of realistic turnaround time—the time required for back-and-forth mailing plus the actual time required to produce the appliances. Intraoral scanning technology eliminates the “inbound” time, beginning with pouring and packaging models and shipping them to the lab. Once we receive the digital data, we can immediately process the 3D models. Orthodontic appliance design software also improves total fabrication, which reduces the time required to manufacture appliances. I’ve seen this exact trend evolve in the general dental field. Dentists using intraoral scanners send files to their dental labs that have established and proven manufacturing technologies in place. They are able to mill crowns from superior restorative materials in less time than with traditional methods, and they produce a much higher-quality final product. There is every reason to believe we can follow this same business model in the orthodontic laboratory field.

Adopting some of the new technologies I have mentioned is advantageous to the practice and the laboratory. I believe that as the technologies continue to evolve and costs are reduced, the majority of practices will engage their laboratory with a digital interface.

Arlen Hurt, CDT, is vice president of Specialty Appliances. He has a financial interest in the products mentioned here. 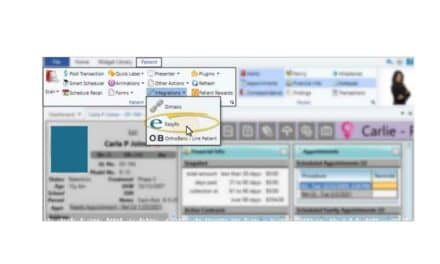 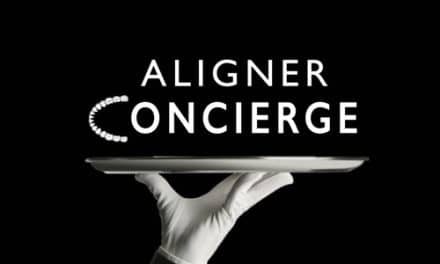